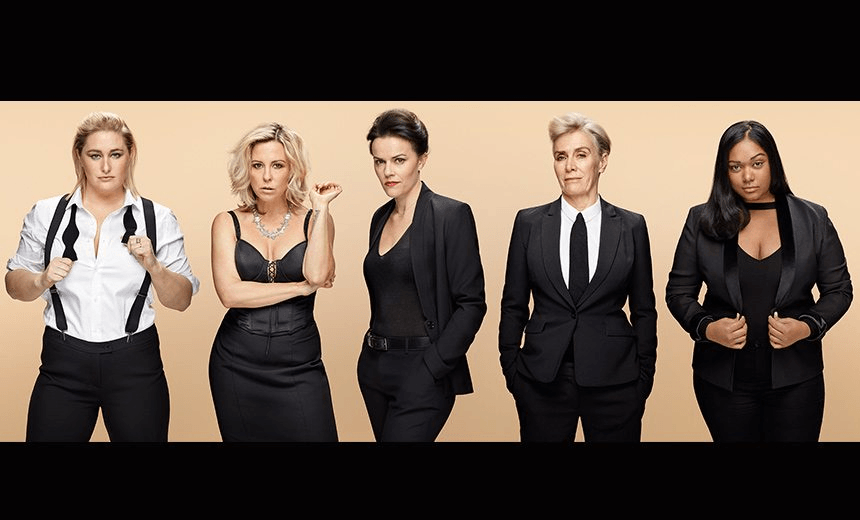 Alex Casey talks to Sophie Roberts, artistic director of Auckland’s Silo Theatre, about putting on their new all-female play Boys Will be Boys and being a tough bitch in a male-dominated industry.

Let’s start with the show Boys Will be Boys – what’s it all about?

Boys Will Be Boys is set in the world of financial trading, but it’s not really about that. It’s really about the relationships within that industry, particularly between women and men. The primary relationship is between Astrid – who’s at the top of the industry game in her 40s, one of the best traders in the city – and her junior, who’s the only other woman in the firm. Astrid primes her in the way that she believes you need to operate as women in that industry, which is really fucked up. Without spoiling it, some dark stuff happens and everyone loses. Everybody. It’s about terrible people making terrible choices… but it’s funny as well.

You said that these women have to act quite toxic in this world. Is this something that’s true to life in the finance industry?

We got a few people who work in the finance industry to read the script because we thought it was so exaggerated, from the language to the way women are treated. Apparently it’s not far from the truth at all – some of the stuff is even verbatim. Some of the worst lines are things that female traders passed on from experience to Melissa [Bubnic] when she was writing the play.

Can we get a taster of one of those examples?

There was this one trader who was originally from Japan and she moved to London. On her first day, her senior male colleague immediately called her a “rice-eating yellow cunt” within minutes of meeting her. It’s brutal.

That thing you said about women who shouldn’t fuck but be fuckable, I feel like that’s something that’s very real for women beyond finance industries. You have to always be sexy but never a slut.

I hope so. The thing that I like about the show – that some people might not like about it – is that [Bubnic] is really not trying to solve anything as a writer. You can’t solve corporate misogyny in an hour and a half, you know? The show just lays out a whole lot of questions for the audience. Hopefully, when you leave, you can relate it to your own workplace or your own relationships. Even though it’s like this extreme, exaggerated world, I think a lot of people will relate to it.

I love that it’s an all-female cast, where did that decision come from?

It was written like that, for all-female cast to play both the men and the women. It adds this really interesting layer of complexity, you can forget that you’re watching women and then every now and again in a scene you’re like, “Fuck, that’s right. It’s Jennifer Ludlam”. It wouldn’t be very interesting if men played these roles.

There’s not many things that I read where women have permission to behave like this and use such brutal language on stage, so I hope it’s really liberating for those actors. Sometimes you just want permission to be an asshole, you know? Female roles, generally, have to be likeable in some way. The story has to kind of resolve in a way that makes you vulnerable to the audience. This doesn’t do that at all.

How has having an all-female cast been received?

I think sometimes, you know there’s an idea around, or an expectation around this work that’s female-strong that it instantly becomes a feminist work – but this isn’t at all. As you realise it’s a female team with a female cast, there can be that tricky thing of all of a sudden where the work has to be all things to all agendas.

Isn’t that interesting? Women-led things have so much social responsibility. You’re not allowed to be, like, shit either. You can’t do like, a mediocre movie. Even something like Ghostbusters has to be absolutely perfect and solve problems of race and gender and class representation – and still make a blockbuster hit film.

Totally. I find it really frustrating. I think particularly for women in male-dominated industries, that there’s a feeling that you can’t make mistakes the way that your male colleagues can.

How do you deal with that?

I think you just have to get on with it. You kind of have to ignore everybody. Ignore that kind of noise and just keep doing what you’re doing, I guess. It also helps that I think people have a real appetite for female-driven storytelling.

Did you see Equity in the film festival? Because that was the first ever female-driven Wall Street film. It’s just amazing that, up until this point in 2016, women just hadn’t even been imagined in this world. Just write a female character – how hard is it?

I think also women in that industry are still few and far between. It’s a system that’s really built by men, and such a testosterone-fueled environment. I mean, it just sounds fucking horrible to me.

It feels like you have a kind of theme of gender politics running through the Silo programme. I don’t know if that’s just a general consciousness trend or is that something that you’re conscious of?

It’s something that I’m super aware of. It’s really hard to program for as well, because there’s such a lack of writing in that space. But I’m really conscious of it, it’s something that I’m always thinking about. Last year was my first year that I’ve actually programmed for the company, and I remember I was really bummed out because I looked at the programme and all the writers were fucking men, I hadn’t thought to balance all the playwrights. I was so pissed off at myself, so this year, I’ve tried to be more consciously balanced with the playwrights and have all female directors.

Yeah. To me, that feels like where some of the the issues in the industry are – play writing and directing. Women are really underrepresented in New Zealand. There’s lots of emerging talent that comes through the Basement but then it’s like they hardly ever manage to cut through to that next level. I don’t know why that is, but it’s something that I’m aware of.

Obviously you’re an anomaly. You made it through.

Yeah, that sucks, you know? Yeah, I hope that changes soon. I feel like it’s starting – I feel it’s something that people are starting to become more aware of here, which is good, in terms of the big commercial companies – there’s starting to be an awareness of it. But yeah, it’s definitely something that I think about when I’m programming – just in terms of, you’re always programming to what you’re curious about or what’s making you angry in the world, so because being a woman makes me so angry so much of the time, you know, it is on my mind a lot when I’m reading plays.

Have you encountered resistance to you as a leader and director in the industry? How does that manifest itself?

There are so many things I could tell you… but I can’t. I feel like it’s getting different as I get older. When I was starting out as a director at 24, I’d be leading a room of people that would primarily be men twice my age with twice my experience. It was then that I learned that men have instant authority when they walk into a room, you know?

As a female leader you don’t get that for free, so you have to employ all these other weird things to try and gain authority. I’d almost become a weird character in those situations, be a bit of a tough bitch, you know? I felt like I had to wear that order to have people take you seriously.

Do you still have to do that? Do people still undermine or talk over you?

It still happens sometimes, but less. I only work with awesome people in the company now, so that doesn’t happen nearly as often as it used to. But God yeah. I’ve been interrupted, been in meetings where I’m meant to be leading the meeting and you just kind of get moved to the very edge of the table and no one’s really asking you any questions.

Those little daily nudges really suck, eh? Do you see that changing?

Sometimes. I feel like it’s changing within my own little bubble, but then even in just like the past few weeks there’s been Kevin Roberts and the fucking Chiefs. Honestly, sometimes I just feel like things are getting much worse for women in this country.