Online dating has become a demoralising chore for many New Zealanders. In the latest instalment of IRL, Josie Adams discovers the problem solvers making the process bearable.

Bradley*, a 30-year-old policy analyst, is tucking into a Wellington On A Plate burger and lamenting his misfortune on the dating apps, which he’s been using on and off since 2014. He hasn’t had sex “since Obama was president”, he admits between bites, and he’s all but given up on his quest for a serious relationship because he finds the lack of matches on the apps so demoralising.

“I think it’s a question of a market imbalance… For every three men on dating apps there’s like, one woman,” he explains. “And that’s fine, I support that, I’m a feminist. But women can get more matches simply because there are more men.”

Beth*, a 32-year-old writer in Auckland, goes through the same active-dormant cycle of dating app use as Bradley, spending the majority of time dormant. “If I go through a break up, I’ll think ‘time to put myself out there!’”, she says. “And then I put myself out there and think, ‘hmm, time to retreat’.”

For her, the key problem with the apps is that a few photos and a scant bio almost always make a lacklustre impression. “I find it really hard to gauge if I’ll have chemistry with somebody,” she continues. “I have quite specific requirements in terms of what I want, both in terms of whether they’re funny and also what kind of politics they have. I find, particularly for men, it’s a real no-win situation.

They’re not the only people who feel this way. Dating app fatigue has been spoken about for years now, and the causes are numerous: there’s all the time spent honing the perfect profile; the tiresome and slightly dehumanising swiping mechanism; the endless small talk that often ends in an abrupt, unexplained ghosting; the catfish and kittenfish. There’s the gender imbalance of matches Bradley mentions, backed up by data from Chinese dating app Tantan, which found men swipe right 60% of the time while women only do so 6%. Behind a screen, users are emboldened to be ruder and more sexually aggressive than they might otherwise be, and there’s also confusion about others’ motives. In 2012, the intention behind a Tinder match was pretty clear; you were looking to get your rocks off. That’s no longer the case: people also use the apps to look for friends, “the one”, or just a quick burst of validation, meaning users often start at cross purposes.

Dating app use spiked alongside case numbers during the pandemic last year: Bumble saw a 36% increase in paying users globally in the second quarter of 2021, and more locally, New Zealand dating site FindSomeone reported a 54% jump in the number of messages being sent during last year’s lockdown. Frustration with these services seems to have risen proportionately: we’re feeling more disposable, and we’re disposing of others more readily, too.

These growing dating complexities have led to problems and, naturally, problem solvers. An ecosystem of love doctors and digital chaperones has sprung up to help frustrated app users navigate the murky waters of online dating. Some are working on a pro-bono basis while others charge a fee, and their services are in hot demand.

One such professional problem solver is Sharlene Ferguson, an Auckland-based photographer charging $385 (plus GST) for high-quality dating profile pictures. She says since dating app use went mainstream a few years ago, demand for professional Tinder shots has been growing. “It’s a small percentage of my overall business, because I photograph for a whole lot of things, but I have people from other parts of the country travel to Auckland to use my services.”

Why are apps so important that you’d go to the effort of hiring a photographer? “Obviously a lot of people find their true love on them,” she says. “I would say 100% of my clients are committed to making [apps] work for them. They’re serious about getting dates.”

Ferguson offers clients three photo options, each with different looks. It could be well worth the investment. “I have clients who haven’t had much luck on dating apps,” she says, “and then had photos done with me, and then are having to take their profiles down because they’ve just been bombarded with swipes.”

She adds that there are dos and don’ts for a good dating app picture. Don’ts are: sunglasses on, shadows, taking it in your bathroom, cropping out your ex. Dos are: a clear shot of you, looking friendly and fun, in a natural stance. “The way I do profile photos is – well, they look cool. They’re not posed. They’re really authentic.” 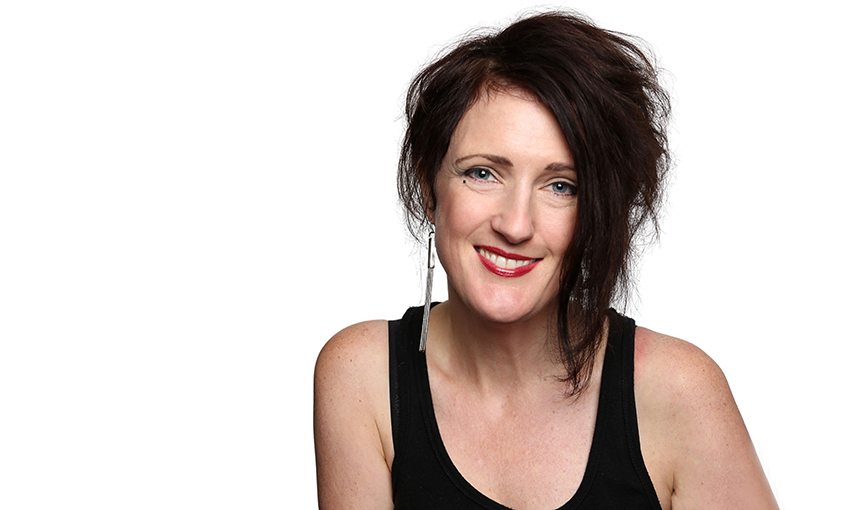 Another semi-professional love doctor is The Spinoff’s own Madeleine Holden: she was a pioneering dating app entrepreneur when, in 2018, she launched a side hustle writing Tinder bios.

She realised a good bio is the one of the only opportunities app users have to communicate with their potential soulmate. “If we are resigned to [apps] being the way we meet people now,” she says, “I wanted to avoid that problem of really genuine, attractive, interesting people being put on the rubbish heap because they couldn’t be bothered writing a bio.”

A glut of users had either no bio or used tired stock phrases like “Five stars – the NZ Herald”, “6”2 with heels on”, or “I like long romantic walks on the beach with my gf… Until the LSD wears off and I realise I’m dragging a mannequin around the Pak’n’Save car park.”

“Because the bar was so low, I saw an opportunity to help people,” says Holden.

She marketed her services through Twitter and charged $25 for a tailor-made bio. She would interview clients about their goals with the app, their interests and their work, and then write a short, witty bio. It was a lot of work for what she admits was a gimmick, albeit one she took very seriously.

“I would have been doing it for so much less than minimum wage,” she says. “The fee was a token gesture.” She reckons the service she provided was probably worth hundreds of dollars – and given that Auckland-based dating profile guru Emily McLean was charging $300 for a similar service around the same time, she’s probably right.

For now, if you are a successful coastal male single, please trust me on this: you do not know which photos of you look good, please consult a trusted female

A Holden-crafted bio alongside a Ferguson headshot could land you the love of your life, but for those who don’t want to shell out cash to take the pain out of online dating, conscripting friends can be a helpful (and free!) fix. Sometimes you need a second pair of eyes to see potential you missed in a profile, or an artistically-minded friend to point out which of your profile photos look like shit.

You might even need a digital chaperone to shield you from the most exhausting dating app denizens. Charlie*, a 27-year-old non-binary health worker, was living with four women, all of whom were on dating apps. As is common for women seeking men on these apps, they were receiving messages from matches that were difficult to cope with: unprompted requests for nudes, threatening propositions, or even just the kind of stuff you’d find on Instagram accounts like dunedinsoftbois, ie casual misogyny with a touch of gaslighting.

During one evening swipe session, Charlie decided to intervene and take the burden off their flatties: “I stepped up to the plate, and communicated with some absolute gargoyle-ass motherfuckers.” By taking on the work of fending off trolls, bigots and the terminally clueless, Charlie freed up energy for their flatmates to engage with more genuine potential suitors.

Since then, Charlie’s been conscripted by others to take over Tinder comms, and they’ve learned to identify the common time-wasting techniques. “A lot of the time with these guys, they tend to feign ignorance,” says Charlie. “That’s one of the defense mechanisms they employ when called out. Everyone’s got an excuse.”

All of this begs an obvious question: if the dating apps are so awful, why not just meet potential partners at the footy, at church, or at work? For people like Bradley, the policy analyst struggling with online dating in Wellington, the answer is a resounding “I would if I could”.

“I feel like when you’re at a bar or a party, personality plays a bigger role,” he says. “When you’re on a dating app people form immediate judgements based on scanned information. At a party you can impress someone with your wit or conversation or whatever. I’ve been far more successful meeting people in real life compared to dating apps.”

But for various reasons – declining church attendance and membership at sports clubs, changing mores and codes about workplace romances, a pandemic that has us locked up indoors – these traditional meet-cutes appear to be dying out. “I think increasingly [apps are] how we meet each other now,” Holden says. “The fortunate few who have enough of a community or in-person network to meet someone the old-fashioned way will peel off” from online dating, she predicts, because the apps are “so shit and so difficult to use and so demoralising, but everyone else, unfortunately, basically has to muddle through”.

Among those left using dating apps, the demand for bio writers, profile photographers, love doctors and digital chaperones looks set to balloon, as there’s already a palpable hunger for romantic and sexual guidance that meets the specific needs of today’s young and lonely. Sating it are self-styled dating influencers across the political spectrum preaching all manner of suggested approaches online: abandon thots and get yourself a tradwife; market yourself to appeal to career-driven She-E-Os; join the redpill community and transform yourself into a jacked and dominating “alpha male”; follow a prescribed set of strategies to avoid “porn-sick, limp-dick” men.

“These conversations are arising because everyone’s trying to solve that fundamental problem,” says Holden. “Which is that they’re alone.”

For now, Bradley is halfheartedly persevering on the apps without success, but when he considers the prospect of hiring a love doctor or paying for premium services, he decides he’s not quite ready to throw in the towel. “That’s too desperate and too sad,” he concludes. “I might cave one day, I’m open to that. But now is not that day.”

Have you been the victim of an online scam? Were you an early viral star? Got a great yarn about the internet? Get in touch with us at irl@thespinoff.co.nz.