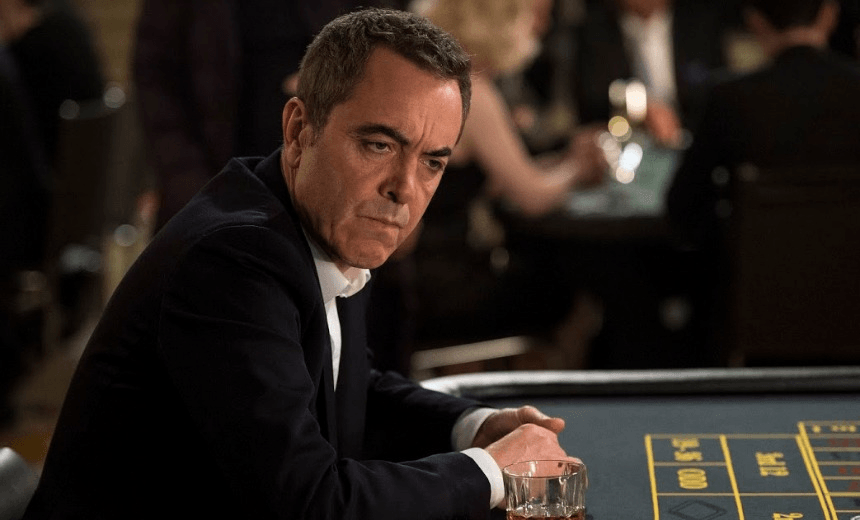 What do Stan Lee, Downton Abbey and an ancient magical bangle have in common?

Alex Casey breaks down all you need to know about Stan Lee’s Lucky Man, the new television show from none other than (you guessed it) Marvel legend Stan Lee.

Stan Lee, Marvel chairman and creator of X Men, Spider Man, Iron Man and many other powerful lycra-wearing men, has released a new breed of everyday superhero that has bypassed the comic book pages altogether. His latest offering is Stan Lee’s Lucky Man, created at the ripe young age of 93. Set in London and made with the assistance of the Downton Abbey producers Carnival Films, the stylish crime-thriller asks – what does one man do when lady luck finally takes his side? I sat down to watch the first episode, coming express to Lightbox every Saturday.

From the person that pretty much single-handedly popularized the idea of the flawed superhero, it’s no surprise that our central character in Lucky Man is a razor-sharp detective with a debilitating gambling addiction. Played by James Nesbitt, Detective Harry Clayton’s fatal flaw lies between poker chips and blackjack cards, as he finds himself separated from his wife and child due to his penchant for potential prosperity. One night at the casino sees a salacious rendevous with a different kind of lady luck, a mysterious woman who gifts him an immovable ancient bangle.

Clayton’s luck immediately begins to change after this chance (or is it?) encounter: he wins the roulette table, makes out with this mysterious fortune-friendly female, and misses being crushed by a pile of bricks by seconds. Will this new lucky streak stay with him when the casino owner is found dead? Will his own investigation team find out that he owed him thousands in gambling debt? How can his lucky bracelet save him then?

Thanks to the same team that made Downton Abbey look relatively disease-free for the times, London has never looked better in this golden-soaked stylisation of a city famously overrun by pigeons and chicken shops. There’s not a rat of the sky to be seen in this bold envisioning, where the gherkin appears to be around every corner and the neon pinks of the casinos look positively garish. Just when you think things are getting too slick and hyper-real… BAM have some grey early mornings, washed-up corpses and dim back alleys.

Setting aside, Lucky Man juggles slick superstition with cartoonish action and slow-burning moral conundrums. It’s part The Killing, part Casino and part Just My Luck (the one-star Lindsay Lohan flick that I still proudly own on DVD) – and yet somehow I didn’t get lost or bored. Due to it’s superhero roots, there’s no avoiding some particularly stunning lines of dialogue featuring endless metaphors for luck being like a revolving door. Like a revolving door, you’ve just got to grit your teeth and step through it.

Who else do you need to know?

We already know Harry Clayton played by James Nesbitt, the guy from Cold Feet and The Missing who also turned stomachs in Jekyll:

Stephen Hagan plays Rich Clayton, the half-brother of Harry and antique dealer who gets entangled in the tale of the historic bangle:

What else to look for?

It wouldn’t be a Stan Lee creation without a cameo appearance by the man himself. Will we get his small face peeping through the bracelet? Will he pop up at the top of The Gherkin? You’ll have to stay tuned to find out.

Exclusively in New Zealand on Lightbox, delivered express from overseas every Saturday.