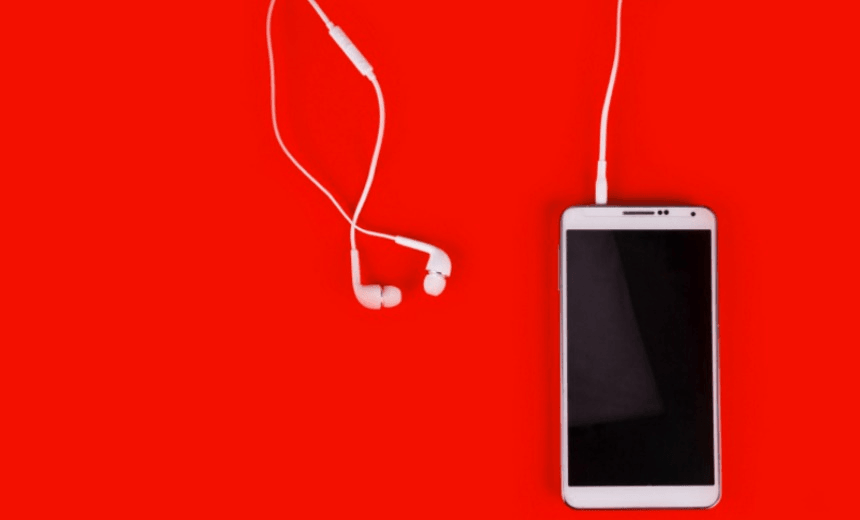 For the love of pod: how podcasts saved my life, then nearly destroyed it

Intimate, informative and idiosyncratic, podcasts are the media format that everyone seems to love. But beware, says Holly Walker: podcast puppy love can quickly spiral into aural obsession.

I was having a rough time. My partner was sick and we had a small child. I was working full time, and doing most of the domestic work too. Our daughter was not a “good sleeper”, and the most reliable way to get her to nap during the day was to take her out for a long walk.

Between working, walking, and washing dishes, nappies and clothes, it was hard to catch a break. My days felt relentless, from the moment I woke until I collapsed into bed (too late) at night. While there was no question that I would do what I must to support my partner and daughter, I wasn’t particularly selfless about it. I missed my old self, the spontaneity and freedom I’d had when things were easier. It was easy to feel resentful, especially as I dragged myself up after finally putting our daughter to sleep each night, only to make a start on the dinner dishes that had piled up in the sink.

The first few times friends linked to season one of Serial, I ignored it. I tend to be a late adopter. But after a while it was unavoidable: people whose taste I trusted and admired were going nuts for this thing. I downloaded the first episode, plugged in my earphones as I set about loading the dishwasher, and was hooked.

Here was a form of entertainment I could digest, engage with and enjoy, while getting on with all the domestic shit I had to do on a daily basis. It was a revelation. Instead of stomping around in a resentful haze, I started to actually look forward to my domestic tasks. Listening to podcasts while doing housework had become my self-care, which is pretty sad if you think about it too much, but I didn’t.

My list of subscriptions expanded. From Serial to its parent podcast This American Life. From there to other American National Public Radio shows, including the parenting podcast The Longest Shortest Time. Once I figured out parenting podcasts – where people acknowledged how hard and unrewarding parenting can be – were a thing, I became even more obsessed. Now housework was my therapy too.

I discovered a parenting show called One Bad Mother, whose tagline is “this is hard and no-one gives a shit.” This was my kind of podcast! I liked it so much I decided to go back to the beginning and binge-listen the whole thing. That was two year’s worth of weekly hour-long podcasts – about 100 hours. I got through it in two months. I would tell myself that I would stop after one episode, but if I still had five or so minutes of housework to do, I would cue up the next one. I started to fear silence.

This tendency was not entirely new. As long as I can remember, I’ve lived in households where National Radio – RNZ these days – is on all the time. I remember times when I was home from university in the summer holidays, my mother at work, and my summer job in the TAB call centre not due to start until late afternoon, when I’d by paralysed with indecision about what to do with my unstructured morning. I would keep the demons at bay by listening to every interview and news bulletin on Nine to Noon. It was informative, but not particularly productive, and often incredibly boring. (By the way, RNZ publishes now pretty much all its content as podcasts. I know because I have listened to it all. The Spinoff podcasts are alright too.)

But now, with a whole universe of content at my fingertips, I could fill the fearful space apparently permanently. I started to resent the time it would take to have a shower because I didn’t have a way to listen without getting my phone wet. In my rare and precious free time, I’d delay leaving the house to do something I really wanted to and knew I needed to do – go for a swim, for example – because I wouldn’t be able to listen to a podcast while I was doing it.

I loved my daily train ride for the time it gave me to listen, but I stopped biking to the station and started walking, prolonging my commute so that I would have more listening time. At work, I took my phone and headphones into the lunchroom and shut myself off from my colleagues so to keep listening. Sometimes – and I’m not proud of this – I took my phone with me to the toilet.

After a while I realised I had stopped listening to music.

My partner’s health began improving and he started to be able to do more around the house. Sometimes after I came out from putting the kid to bed, he’d join me in the kitchen and offer to help load the dishwasher or pack lunches for the next day.

Remember where I started out? Seething with resentment at having to do everything myself and lamenting the egalitarian household I’d always assumed I would live in?

Now I actually sent him away, so I could prolong the work and listen to more podcasts. Somewhere along the way, something had gone very badly wrong.

Eventually he got angry. One day he shouted. “You and your dependence on podcasts. Face it, it’s weird.”

I bristled. But he was right of course. What had started as a healthy coping mechanism had become an unhealthy obsession.

These days my podcast problem is pretty much under control. I still subscribe to a few, but I listen to music again too. I accept help with the housework. Things at home are easier; my partner is doing well, and our daughter sleeps a bit better – sometimes.

When I finished the backlog of One Bad Mother, I figured that if I had responded so strongly to people talking honestly about parenting, there was probably room for someone to do it here in New Zealand. I started my own parenting podcast, Dear Mamas, with blogger Emily Writes.

After months of passive consumption, it felt good to use some of that time and energy in the act of creation. It turns out when I stopped trying filling the silence with other people’s voices, I made a little space for my own.