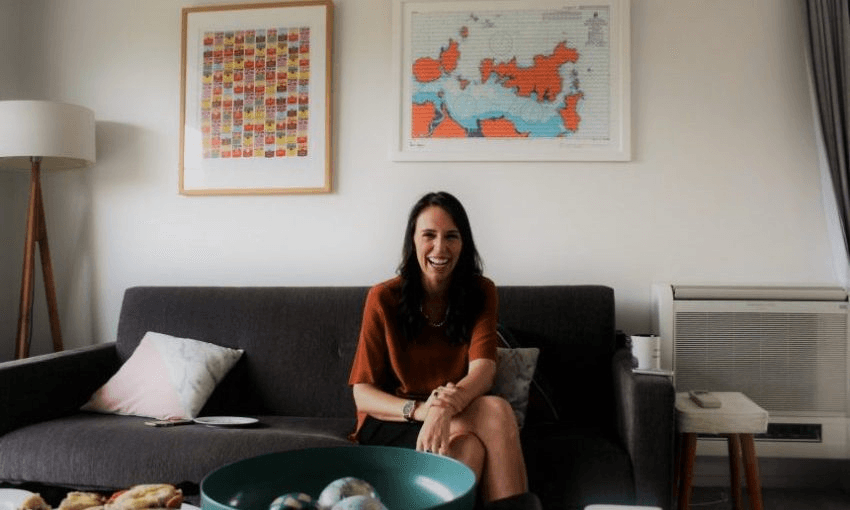 The best of The Spinoff this week: Jacinda Ardern, Jeremy Wells and a Screaming Reels controversy

Leigh Hart: An open letter from Screaming Reels to our confused Australian neighbours

“Many Australian viewers are suggesting that the broadcaster 7 Mate has mistakenly scheduled the programme at the wrong time, a time normally reserved for serious educational documentary programming.

As far as we are concerned, 7 Mate has scheduled this high-octane fishing show in exactly the right time slot. Screaming Reels was conceived as a low to medium-budget educational fishing show that people could enjoy on a number of levels: its exciting techni-colour action on the one hand, and the educational information that comes in the form of top fishing tips on the other.”

Duncan Greive: Who the hell is Jeremy Wells and what right has he to replace Mike Hosking?

“It’s… I mean it’s incredible. I am truly not sure that TVNZ CEO Kevin Kenrick knows what he’s signed up for. I’m equally sure that Jeremy Wells did not spend 20 years being his fucked up self just to become a smooth autocue reader. He has been hired to be Jeremy Wells, and has never once – apart from maybe the Meridian ads – been anyone else.”

Toby Manhire: ‘No room for doubt that I can do this’: the Spinoff meets Jacinda Ardern

“Like it or not, Ardern is seen by countless people as a torch-bearer for women in New Zealand and beyond. ‘It took me a while to acknowledge that,’ she says. ‘I remember there was this cartoon. It was just after David Cunliffe had taken over as leader. They portrayed me as a ring girl. I was in a bikini with stilettos and holding up ring cards, and it said: ‘The caucus won’t be happy unless I find a job for Jacinda’.

“‘I got a call from a journalist who wanted comment on it, and the said journalist was quietly enraged by the portrayal, and I had this huge hesitance. I thought, if I say anything particularly negative will I be portrayed as humourless? And that’s probably a little bit indicative of how I’ve sometimes treated those issues. If you say something do you further or your cause or make it worse? And yet, over time I’ve decided there are enough young women watching that I just can’t choose to say nothing every time.'”

Just living and breathing seems to cost money now. But don’t worry, we got you. We asked around the office and compiled the Spinoff’s tips for living a premium economy lifestyle on a discount economy income. Replete with gems like ‘just go to bed for dinner’.

Branko Marcetic: Everyone’s talking about the heatwave. Just don’t mention the elephant in the sauna

“While most Aucklanders enjoyed a day off or attended Laneway on Monday, I, clearly hating myself, elected to use the public holiday to trawl through news archives. I wanted to analyse just how much media coverage climate change received over the past couple of weeks in daily news outlets that covered the heatwave. I examined pieces put up by the Herald, stuff.co.nz, Newshub, One News, and even The Spinoff between January 13 and 29, coincidentally totalling a nice, even 100.

The results were, well, not great.”

Ben Thomas: The next National leader likely to fall? Not English, but his deputy

“What’s most noticeable in discussions about the future of the party leadership is not who is being discussed, but who isn’t. The shortlist of two years ago – Steven Joyce, Paula Bennett, Jonathan Coleman – is almost entirely ignored. There seems to a recognition their time is up.

While Coleman is blamed for mishandling the health portfolio, his prospects are just returning to baseline after he achieved a surprising but never sustainable level of support as a protest vote to succeed Key.

However, Joyce and Bennett’s fall from calculations reflects a collateral challenge to English.”

“A close reading of Naufahu’s post-sentencing statement provides little reassurance that he has had an about-turn in attitude. The statement – in which a “control + F” search for the words “sorry” or “apologise” will fail to return any results – is the latest iteration in what McClure called “a largely unstemmed flow of self pity and carefully-worded pseudo-apologies”. In it, Naufahu repeats a narrative he has been pushing since his guilty plea: that his offending was driven by a passion for acting that went too far.”

Guest Post: Why teacher aides are crucial to classrooms: a principal and an aide write

At the end of last year, it was reported that many schools are having to cut teacher aide hours due to tightened budgets. Here we publish two accounts from Pukerua Bay School, north of Wellington: one from a principal on the importance of teacher aides in the classroom, another from a teacher aide on the impact of these budget squeezes on her life.

“There are times when Auckland feels quaint, backwards even, far from its “world class” aspirations. It’s usually when you’re sitting in traffic, in the rain. Then there are days when it feels like the greatest city in the world, a place you feel lucky to live in, a city you’re proud to call home. Yesterday, at Laneway Festival in Albert Park, was one of those days. The venue is an urban wonderland with stages set beneath the canopy of the park’s trees, probably the best inner city venue I’ve been to. The music was vast and fantastic, and local musicians held their own with the world’s best artists. The vibe and the crowd was full of love.

It was a perfect day. But fuck it was hot.”

Baz Macdonald: Getting tingles: The Kiwi making ASMR videos for the world

You may have come across ASMR videos on YouTube and been baffled at people speaking softly while they pretend to cut your hair or do your makeup. But for some New Zealanders these videos are not just a way to relax, but an aid to their mental health. Baz Macdonald investigates.