The non-commercial future of the merged entity must be secured, argues Better Public Media Trust chair Myles Thomas – and there’s a way to do it that won’t cost the government a cent.

TVNZ and RNZ are to be merged. We know this much from several statements from the broadcasting and media minister, Kris Faafoi, most recently while he announced a $55 million fund for journalism. The details of the merger are being hashed out behind closed doors by a ministerial working group and nothing has been released as yet. So we, the public and interested onlookers, have absolutely no idea what shape it will take.

All we do know is that this merger presents some very serious dangers to what little public media we have left.

The big concern is that RNZ loses its non-commercial status and starts allowing advertising and sponsorship to gradually appear around interviews and news programmes.

Currently there’s no advertising on RNZ radio or website and that makes a big difference. Programmes aren’t interrupted by loud, jarring and unpleasant ads. More importantly, RNZ isn’t inclined to make programmes and schedule them to maximise ratings and attract advertisers.

If RNZ became commercial, it’d be the beginning of the end for long, in-depth interviews. Even a small amount of advertising would incline producers towards short and punchy programmes, the sort you hear on Newstalk ZB and Magic Talk. Opinionated and accusatory presenters stimulate listeners to stay tuned for whatever happens next. Sometimes they go too far and are fired, but the gradual trend is towards the extreme. Reasonable discussion and long interviews are out.

Hence the concern about the merger. While RNZ is free of the need to appeal to advertisers, TVNZ is the complete opposite – it needs advertising dollars to stay afloat. And that visceral need could come to dominate the new entity. 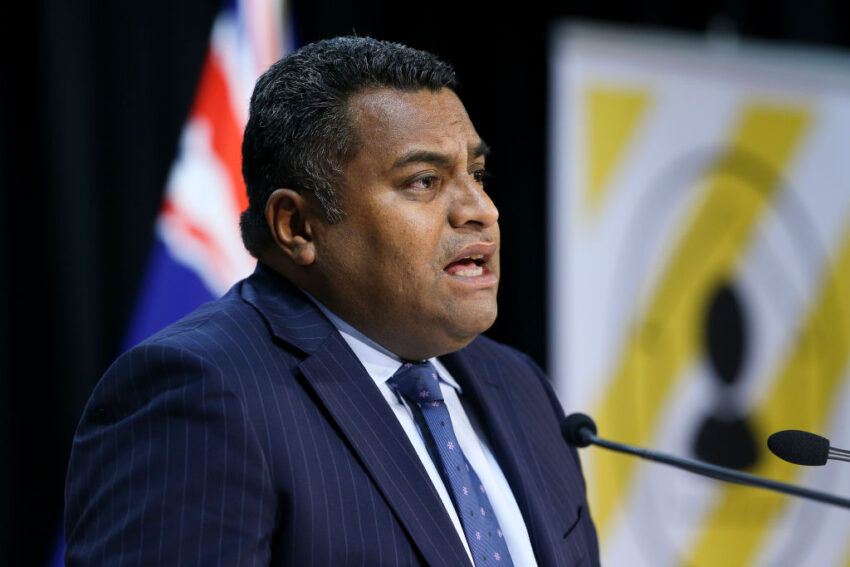 Despite a recent Covid-related gain, TVNZ’s profit has reduced over the last decade, to the point where the government no longer expects a dividend. As revenue from advertising drops, the temptation will be strong to find ways to spend RNZ’s budget to fund TVNZ. It is vital that the television arm of the merged entity cannot absorb the radio budget.

Previously when TVNZ had a charter and two commercial-free channels, TVNZ 6 and TVNZ 7, it was accused of using the public funds to subsidise its commercial operations. The only way to stop RNZ being squeezed in favour of TVNZ would be to ensure the non-commercial ethos of RNZ is enshrined right to the very top of the organisation. Currently the TVNZ board is almost fully stacked with marketing, public relations and commercial experience. They have to go. That’s recommendation number one – require public service experience to outweigh commercial talent on the board and in senior management.

If the big danger is that RNZ will turn to mind mush, the big opportunity is that TVNZ will turn into a Kiwi-style BBC. But like anything, it comes down to money.

One of the big lessons from Labour’s previous forays into strengthening public media is to ensure secure funding. TVNZ 6 and TVNZ 7 were ditched because there was no plan for funding beyond the initial five years. That made it really easy for a subsequent, unfriendly broadcasting minister to simply shut them down. The charter went the same way.

Labour will not be in government for ever, and when government changes, the merged TVNZ and RNZ will be in serious danger of being commercialised. It would happen incrementally but inexorably, with a few adverts and sponsorships slipped into Morning Report. Then within a couple of years, both feet are on the slippery slope. A case in point? TVNZ, which was only mildly commercial 40 years ago. Yes, there were adverts but there was also regional news, current affairs, documentaries and even 24-hour on-air charity fundraisers. But over time the ad breaks grew longer, the programming got trashier and the news became Americanised – live cross to the newsroom, anyone? How about a light-hearted current affairs show at 7pm?

Recommendation number two – sustainable funding. Ensuring the non-commercial future of the merged entity means making it cost nothing to the government. And this time, there is actually a silver bullet. A levy on companies that benefit from digital disruption and public media will comfortably cover the cost of RNZ – currently $50 million.

Levies are not unusual. EQC is funded by levies on our insurance, Fire and Emergency also, while the Financial Markets Authority regulates the stock market but is funded by a levy on all companies whether they’re listed on the stock exchange or not. The waste disposal levy funds recycling initiatives and the maritime levy funds marine regulators.

The telecommunications development levy (TDL) previously raised $50 million from ISPs to fund rural broadband and other internet nice-to-haves. It cost the public $1 on their monthly internet bills. It was painless, nobody objected and now we have some of the best internet speeds in the world. Recently, the TDL was scaled back to $10 million but there’s no reason it can’t be increased again. $300 million could be raised each year through the TDL, by increasing monthly bills by a few dollars and including other industries that also benefit from media – retail sales of screens and media devices, commercial broadcasters, and of course there’s the big parasite in the room: Facebook. The key to all this is that a levy is cheaper for the government and much more sustainable.

Recommendation number three: don’t be stingy. OK, this is the big one. Remove all adverts from TVNZ.

It seems radical but it’s actually not. Quite a few countries around the world that are very similar to NZ already do this. Those countries have very healthy commercial and public media industries, and very happy television audiences. Think of the impact on audiences to remove advertising from all TVNZ broadcasts and on-demand. Commercial media would lap up the advertising money and the public vastly improved television channels and on-demand.

But how much are we talking? Last year, TVNZ raised $286 million from advertising, so that’s the basic cost to remove adverts. That would drop a little after removing sales and marketing departments and lowering executive salaries to public service levels. Factor in RNZ funding and efficiencies from the merger and the new entity might cost roughly $300 million.

Giving NZ its own BBC is certainly idealistic, but if the government feels bound by expectations to maintain the far-from-ideal status quo, it could just make weekends ad-free, or only primetime, or just Sundays, or just the on-demand portal.

Aside from money, the merger of RNZ and TVNZ will change the culture of both organisations. It’s important that it benefits the internal culture of both entities, raising both up so neither is a loser. There’ll be considerable challenges to both organisations adapting, merging and not merging in parts. In the flux and upheaval that this level of restructure creates, there are many points where commercially minded mistakes can creep in. The internal culture of the new organisation is important because it will play a huge role in reflecting and shaping New Zealand’s culture.

The minister has announced a mixed funding model, similar perhaps to Ireland or Canada. There are no details yet, but one thing is certain – dual remits have not worked well for NZ in the past. The charter was an example of that, TVNZ’s treatment of TVNZ 6 and 7 is another. Both were attempts to provide public media on the cheap.

It is vital that lessons from the past are learned. Both parts of the organisation must be funded adequately and sustainably. And RNZ, undoubtedly the jewel in the crown, must not be allowed to disappear into the commercial swill of TVNZ.