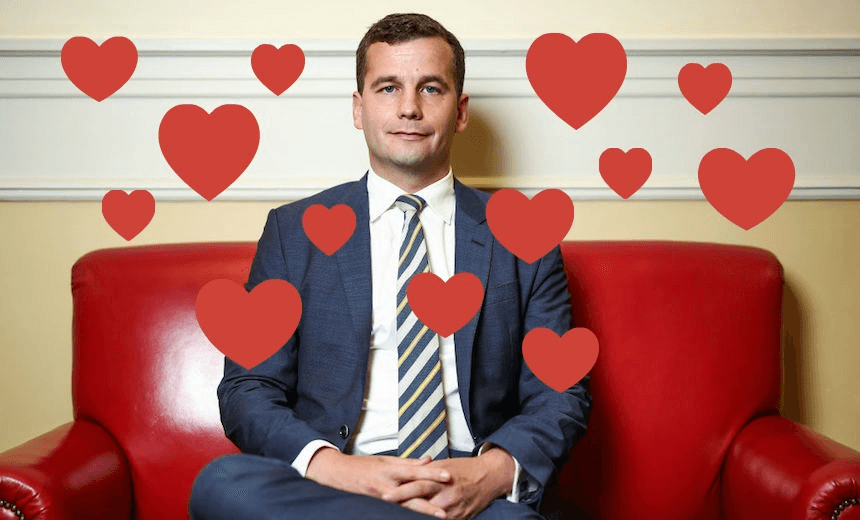 Nadine Millar: It shouldn’t be a debate: Our schools need to stop prioritising Pākehā values by default

“In a Māori context, opening a speech with a mihimihi, or a round of acknowledgements, is fairly typical. Depending on the occasion, these introductions can be long or brief. It’s a form of respect, with speakers often just as likely to acknowledge the people who aren’t in the room as they the ones sitting right beside them. These unwritten formalities provide a certain structure, but they’re not hard and fast rules. They’re flexible, and can be adapted to suit all sorts of situations. Even, if you like, a high school debate.

Unfortunately, the judge of the debate didn’t see it that way.”

“You can look at policies individually – their upsides and their downsides – but what we want is cohesion across our policy and implementation regime. You want them to be supporting each other for a purpose that is clearly defined. Instead what we currently have is a chaos of social policies because they cancel each other out or create problems that require new policies to clean up the consequences. We end up going around in circles and we wonder why we aren’t making progress over the big issues.”

Meg Williams: How I tried, and failed, to make Act leader David Seymour fall in love with me

“I had an idea: what if I, co-convener of the Young Greens, did the 36 questions with David Seymour, leader of the Act Party? I’m a girl with some gumption, eager for a good story, so I went ahead and sent him a Facebook message with my pitch. David is well-known for being a good sport, so of course he said he was keen. He did have his initial concerns, however.

‘What if it worked?’ he wrote. ‘Then we would end up as star-crossed Romeo and Juliet with Jeanette Fitzsimons and Richard Prebble as Montague and Capulet.’”

“I’m more likely to get a text that would tell me I was a stupid bitch. The language is often more gendered towards me, or more patronising, like “go back to school”, that kind of stuff. It’s kind of dropped off recently in the last few weeks. But we did get one, just after the Hit and Run book came out, which was something like, ‘My god, two women talking about war. If you haven’t the stomach for it go back to the kitchen where you belong.’”

“It is seen as extraordinary when women run their whole show. It is noted with surprise that Lorde masterminded her own Coachella performance, that Estère produces her own records, that Emma Paki, Hollie Smith and Anika Moa have all resisted official industry efforts to control the process of their music making and to change their image to appease the male gaze. Sometimes these statements of strength come at the cost of deals, contracts, and rights to their own music.

“Last year Chris Warner celebrated his birthday by having sex on his couch. To everything there is a season, for one year later I found myself perched on the same sofa, drinking gallons of pink water and listening to Claire Chitham warble “is it you, or is it me?” I had stepped into a parallel universe, where the champagne was actually L&P and people ate lunch in their dressing gowns, and life would never be the same again.

Sam Orchard: A real live trans person has a lesson for Barry Soper and Mike Hosking about poo

“This week the Post Primary Teacher’s Association (PPTA) published their new guidelines urging schools to consider providing gender neutral uniform and toilet options. Which, of course, means that we have to listen to the opinions of a bunch of men who finished school long before any current students were even born. And golly do they have some very strong feelings about where kids do their wees.

I decided to write them a comic about my thoughts…”

“Keeping leftovers is a practice that not only benefits your pocket, it creates good habits that will serve you for the rest of your life. Through saving portions for later, we learn not to overwork or rush to complete a task. We learn to extend the life of our resources. We foster creativity in the kitchen. I’ll leave you to uncover the rest of life’s secrets as you uncover your food after reheating it in the microwave.”

Alex Casey: Huge and true: The Handmaid’s Tale is coming exclusively to Lightbox

“Adapted from Margaret Atwood’s terrifying dystopia first imagined in her 1985 novel, The Handmaid’s Tale is a too-real vision of the future. Set in Gilead, where the environment has been pillaged and women’s rights and reproductive capacities are managed by a totalitarian regime. This was a place that used to be better known as the United States until, you know, covfefe.”

Tara Ward: The top 10 most popular Shortland Street episodes of all time

“There’s one more Shortland Street birthday tribute to make before we blow out the candles and take down our celebratory Stuart Neilson bunting for good. So many episodes, so many glorious memories. In fact, we’ve watched 6200 bloody episodes of Shortland Street, and you don’t need to put your fancy maths hat on to realise that equates to a shitload of television.

But which Shortland Street episode was the most popular? Was it the one where Ellen dressed up like Sandy from Grease? Or the one when Nick photocopied his bare arse in the nurse’s station? It’s a question that keeps me awake at night, in between staring at my bedside photo of Chris Warner and hoping Lionel got the vomit off his shoes okay.”