News broke yesterday that an ‘anti-diversity’ essay that won a Defence Force writing competition was then removed by the top brass. Alex Braae reads it so you don’t have to.

Being in the army must be really tough. You’d spend many more hours on the job than the average worker, doing much more physically demanding stuff. There are direct orders to be followed rather than middle managers to interpret. You might literally end up dead, or permanently maimed. It certainly isn’t for everyone.

Neither is writing, especially when you’ve got a rapidly looming deadline to meet. It’s a skill that needs to be worked at hard, and only with time do you end up with words that should be read by your peers or the public.

The Defence Force recently held an essay writing competition for personnel. In one category that a grand total of two people entered, the winning essay was subsequently removed from the internet, because the “views that were expressed in the essay are not compatible with the army’s values and the culture we are building”, according to the Chief of Army, Major General John Boswell. The essay has since been republished by the oft-outraged Free Speech Union, being frontline soldiers in the endless culture war.

By author N Dell’s own admission, the essay was knocked out over a single day. And speaking from experience, this is the first major problem. Years of practice means I am moderately useful at putting words on the page quickly. And we all have different skills – I’m sure Mr Dell is better at killing the enemy with his bare hands than I am.

The writing in Dell’s essay doesn’t flow. It trudges up a muddy hill under the weight of a heavy pack. Partly, that’s because of the language embedded at every level of every defence force in modern history. Language in this context becomes just another tool to be used to accomplish a mission. And there are good reasons for this – ambiguity in a dangerous situation could cost lives. But take, for example, this passage of rough staccato:

“As the use of technology increasingly comes to dominate the battlefield, required numbers of personnel may decline. A commensurate improvement in the quality of those personnel may be desirable. Rather than being more inclusive, standards should be raised to maintain effectiveness with this smaller force. Budgetary constraints may also play a role as capital replaces labour.”

But you’re not reading this review for an analysis of the writing style, you want some juicy controversy. Someone got cancelled here, and we’re not leaving until there’s a final ruling on whether it was deserved or not. 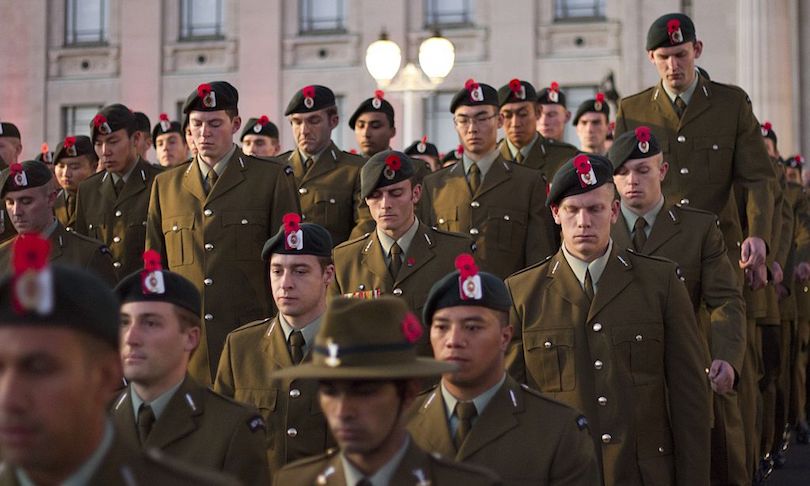 There’s genuine merit in that argument. The latter kind of organisational diversity can so often be performative rather than authentic. It can become just another hoop to jump through – a boondoggle that distracts organisations but accomplishes little of substance.

Like an actual military operation, the way Dell gets there is a bit ugly. Many of the arguments read like regurgitations of talking points rather than proper engagement with the topic. A note – Dell capitalises Diversity to describe what he sees as an ideological framework. For example:

The “Woke” culture that has led to the popular preoccupation with Diversity and inclusion is antithetical to the Army’s ethos and values. It is built on the notion that feelings are more important than facts. It asserts that everyone is the same while promoting the merits of Diversity. It shuns notions of excellence and meritocracy. It diminishes personal responsibility and erodes resilience, even rejecting the notion that resilience is a virtue. Social media has been the vector for this intellectual contagion and evidence has even surfaced that this has been cynically aided and abetted by belligerent foreign governments with the explicit goal of weakening western democracy. We must not capitulate to our enemies’ efforts.

It’s a bizarre passage of writing, and makes some massive leaps of logic. To say “woke” culture shuns resiliency, when people in marginalised groups are forced to constantly overcome adversity – that just doesn’t make any sense. And there’s a strong conspiratorial bent to the point about “our enemies” using social justice issues to “weaken western democracy”. Again, the thinking here is shallow.

Take the Black Lives Matter movement in the US. There is some evidence foreign actors amplified these protests on social media, for their own ends. That doesn’t make the demands of the protesters any less legitimate. And given a major theme of the BLM protests was securing and defending human and voting rights for African Americans, you could much more plausibly argue such protests were an effort to strengthen Western democracy.

Dell doesn’t see it like this. “Increasing focus on these identity-based notions of Diversity only sews [sic] greater division and dischord [sic] in society and would, I fear, within the Army too,” he wrote. There’s plenty of clunky thinking that goes into a sentence like that, but it’s not exactly a monstrous opinion to hold. And again, writing on deadline is hard, especially if it means skipping the proofreading process.

Dell makes a point at the start in favour of biculturalism within the armed forces. But there’s an essentialist quality to it – Māori “warrior” culture is useful to the ends of the armed forces, and is therefore good. At times, one wonders if there’s a similarly essentialist type of thinking happening in reverse. Dell writes about how soldiers need to be strong above all in body and will, and the implication could be taken that he sees certain identities as having inherent barriers against this.

One area where the essay really shines is in discussion of how defence recruiting might change, based on future demands. “As roles continue to expand and evolve, a different culture will evolve alongside them. This must be a culture that is hospitable to the kinds of people that will be needed to fill roles behind computer terminals rather than behind guns,” writes Dell. It’s a great point, and I would have happily read a whole essay from someone inside the armed services unpacking it. At this point, it’s worth noting that many soldiers were furious upon reading the essay. Stuff reported the story originally, and rather than being a cancellation hit-job, its article was heavily based on internal dismay, particularly around a Facebook group for women in the armed forces. They had every right to be pissed off, given the essay could be read as an attack against people based on identity, rather than ability.

That article also noted research showing sexual assault of women within the army is rampant. This too is an attack on people based on their identity – being women in a traditionally highly masculine organisation – and it is appalling. No effort should be spared by the top brass to address and fix this cultural problem, even if some of those efforts end up misguided.

And another salient point that went completely unaddressed by Dell: Cultural awareness is utterly crucial to any deployed armed force effectively doing their job. This is certainly true for the NZDF, which undertakes a lot of peacekeeping work. A similar point was recently made by chairman of the US joint chiefs of staff General Mark Milley, who defended military study of “critical race theory”, asking “what is wrong with understanding, having some situational understanding about the country for which we are here to defend?”

Should Dell have written the essay at all? From one person who takes pride in their day job to another, it may be better not to bother if the alternative is a half-assed job like this.

But should the army have awarded it with a prize, and then taken it down? Absolutely not, on both counts. Because first, both were apparently arbitrary decisions that will be seen as confusing. And secondly, on the rare instances when soldiers are explicitly asked to speak their minds, it is wrong and cruel for them to then be punished for it.

Right at the end of his essay, Dell argues that “the Army should stick to fighting real wars”. This comes after a point about opportunity-cost – that “every man-hour that is spent on ‘cultural awareness training’ or similar programmes is a man-hour that is not spent training for combat or monitoring our enemies”.


How many man-hours went into running, judging and then blowing up this essay writing contest? Maybe Dell is right, and the army has bigger priorities to focus on.