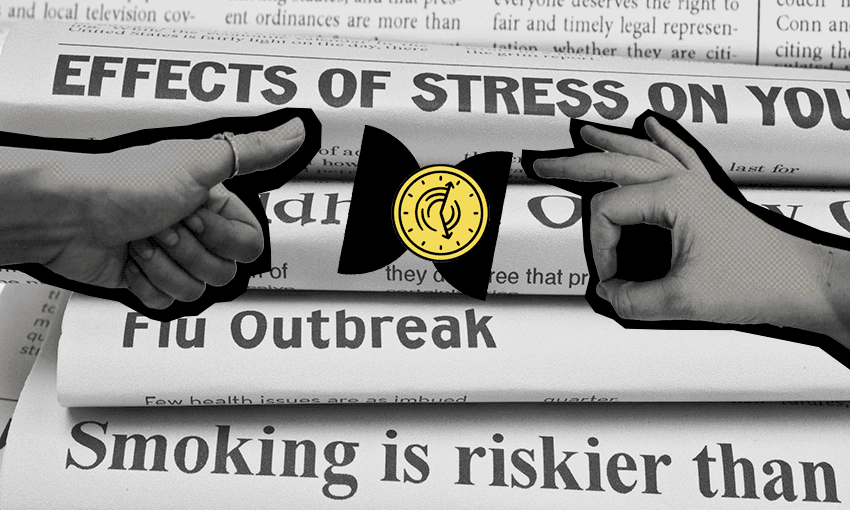 Journalism is enjoying a renaissance, but there aren’t enough reporters to fill all the roles. Image: Getty/Tina Tiller

Too many jobs, not enough reporters: ‘It is a very good time to be a journalist’

Journalism is enjoying a renaissance, but there aren’t enough reporters to fill all the roles. Image: Getty/Tina Tiller

Covid pushed Aotearoa journalism to the brink. Now, it’s done a complete U-turn. How long can the great journalism boom of 2022 last?

Lucy Wormald chose to become a journalist at the worst possible time. In the middle of 2020, as Covid restrictions saw advertising grind to a halt, forcing media companies to cut staff, slash salaries or close, she enrolled in Auckland University of Technology’s post-graduate diploma in journalism. “After a doing a bit of soul-searching, I thought, ‘I’ll give that a shot,’” she says. “I wasn’t thinking too much about the logistics of it. I just had a desire to write. I let that lead me.”

Two years on, it might be the best decision the 24-year-old has made. After graduating, she spent her summer applying for jobs and found so many were being advertised she could take her time to make her pick. “I was never thinking, ‘Oh my gosh, I’m having to compete intensely with all my peers from journalism school’ because there was such an abundance available,” she says. Every single classmate who wanted a job got one. “We were feeling like our job prospects were better than ever.”

She’s right. Around the country, newsroom bosses say it’s getting harder to find journalists and fill vacancies as staffing shortages bite, younger staff take advantage of newly opened borders to head off on Covid-delayed OEs, and competition for a shrinking pool of journalists intensifies. Seek reports ads for journalism positions are well up, with 35 positions available on just one day last week. Some, like RNZ and Stuff, have multiple positions advertised for both beginners and experienced staff across a variety of disciplines.

Suddenly, journalists are in hot demand, giving them the upper hand in prospective job negotiations. That’s led media organisations to take different steps to find staff. “We’ve found advertising doesn’t really work,” says veteran news boss Mark Jennings, Newsroom’s co-editor. He believes the recent addition of the Public Interest Journalism Fund, a Covid-related and NZ On Air-regulated fund pumping $55 million into the industry over three years, has led to competition across all experience levels. “You have to hunt down every lead on available journalists before someone else gets to them.”

RNZ is also suffering staff losses. “We’ve had an increase in turnover … a lot of delayed OE is happening,” confirms RNZ’s head of news Richard Sutherland. “There are a lot of vacancies across the media sector and not enough journalists to fill them.” Vacant positions at RNZ can stay that way for months. “It can take one or two months to find the right person, and [when you do find someone] that person has to give a month’s notice,” says Sutherland. “In a normal labour market, we can absorb that.”

But right now’s not normal. As the cost-of-living crisis bites, and people re-evaluate their lives after two years of Covid, many are rethinking their careers, looking for change, or pushing for promotions. So instead of sitting back, Sutherland is attempting to “get ahead of the churn” by hiring staff before they’re needed. “We’re hiring proactively,” he says. “We know eventually there will be another vacancy. We’ve decided we’re going to hire a good person when they come along – even if we don’t have a vacancy for them.”

Joanna Norris says there’s plenty of churn happening at Stuff too. “Our borders are open again,” she sighs. Stuff’s chief content officer, she’s focused on making sure the Aotearoa media giant remains an attractive place for reporters to be employed. “We have the ambition to make Stuff the best place in New Zealand to be a journalist,” she says. That means fair wages, good flexibility, a nice office environment and a culture staff want to be associated with. “All of those things we think about quite carefully,” she says.

Even that might not be enough with the exploding cost-of-living crisis. Stuff has lost journalists to public relations careers, a tried-and-true move that can offer mid-career journalists large salary bumps. Norris says it’s hard for media companies to compete when bigger PR salaries beckon. It’s even more difficult when the government poaches your staff. “The public sector … is government-funded and pays high rates for PR people,” she says.

That means plenty of holes appearing across the industry. Younger journalists are being asked to plug them. Greg Treadwell, AUT’s head of journalism, has never seen such a buoyant market for new graduates, and despite around 50 graduating each year, he can’t spit out enough to meet demand. “I’ve never known there be so many opportunities in journalism for young people,” he says. “Every week I’m getting inquiries from editors wanting journalists for shifts.”

Treadwell’s been there for 17 years and says it’s unheard of. He’s got trainee reporters already working at TVNZ and Newstalk ZB. “They gobble them up,” he says. “It seems any spare hands in the newsroom are valuable, even if they need training up.” That’s great news for graduates, who, just two years ago, thought they might have made the worst mistake of their lives. “They’ve never had such a choice, ever, of places to go and start their journalism career,” says Treadwell. “There’s so much demand for them.”

That means graduates like Wormald are highly sought after. In February, she started a dream role at the Otago Daily Times, where she also writes for the community newspaper Mountain Scene. She’s been cutting her teeth on seemingly boring council meetings, a rite of passage for many young journalists. “It’s all new to me … I’m actually loving it,” she says. “Because this is foreign to me, I have to take it all in [and] digest it completely to write it properly. I’m enjoying the challenge of that.”

While younger journalists can walk into roles, many newsroom bosses spoken to for this story admit they’re struggling to fill positions vacated by more experienced journalists. “That’s the area where there’s most competition from communications,” says Norris. The Spinoff isn’t immune to this, recently losing two experienced reporters to communications roles.

Stuff has also lost some heavy hitters, including experienced political journalist Henry Cooke, who is backpacking through Europe, and lifestyle reporter Mikaela Wilkes, who is heading to Australia. Wilkes was allowed to write one final piece for Stuff explaining why she was swapping her rotting Grey Lynn villa for something much nicer across the Tasman. “With a 45% pay bump, I’m moving into a renovated inner-city townhouse with built-in wardrobes, bookshelves, and balconies off my bedroom,” she wrote. “I’ll be able to walk to my new office and a train station in minutes, and take a dip in the shared swimming pool in summer.”

Norris believes Stuff is now fighting to keep homegrown talent like Wilkes, who are being lured by Australian media companies flush with cash from recent social media deals. It’s unable to compete with a 45% pay rise. “Australian media companies who have settled with Google and Facebook have more resources available to them,” she says. RNZ’s Sutherland agrees. “When the market’s running as hot as it is we don’t have a bottomless pit of money we can use to throw at people.”

Proof of the dire newsroom shortages became obvious during the reporting of this story. While asking media bosses about the number of vacancies in their offices, this Spinoff reporter was twice offered the chance to apply for jobs at competing outlets. “What’s your background, Chris? Should I be looking to hire you?” asked one. “You know where we are,” propositioned another.

While the boom continues, other major issues loom. The PIJF fund comes to an end in June next year, meaning an influx of journalists could suddenly flood the market. RNZ’s merger with TVNZ could also see more journalists set free if doubled-up roles are consolidated. Then there’s the ongoing issue of whether there are enough Māori and Pasifika reporters entering the industry and covering issues important to a constantly under-represented part of the population. (When contacted for comment, Whakaata Māori boss Shane Taurima, who is overseas, said the issues were too dense to be discussed via email.)

Journalism legend Jim Tucker says the closures of many provincial journalism courses over the past 10 years may soon be felt. He wonders if young journalists being thrust into the industry before they’re fully trained and ready is a good thing, recently telling The Spinoff that “it worries the shit out of me”. Treadwell, from AUT, agrees, and says young reporters need to have “hundreds” of stories under their belts before they’re fully formed. “Careers can be over before they start if you get something wrong in court.”

Still, it remains “a very good time to be a journalist”, says Sutherland. But how long will that last? “There are obviously dark economic clouds hovering on the horizon,” says Newsroom’s Mark Jennings. Sutherland agrees, and warns journalists looking to move to find a good job and stay put for the foreseeable future. “Everyone needs to be realistic where it’s going to be in a year,” he says. “I do think it’s important to realise … that it’s not going to be like this forever.”