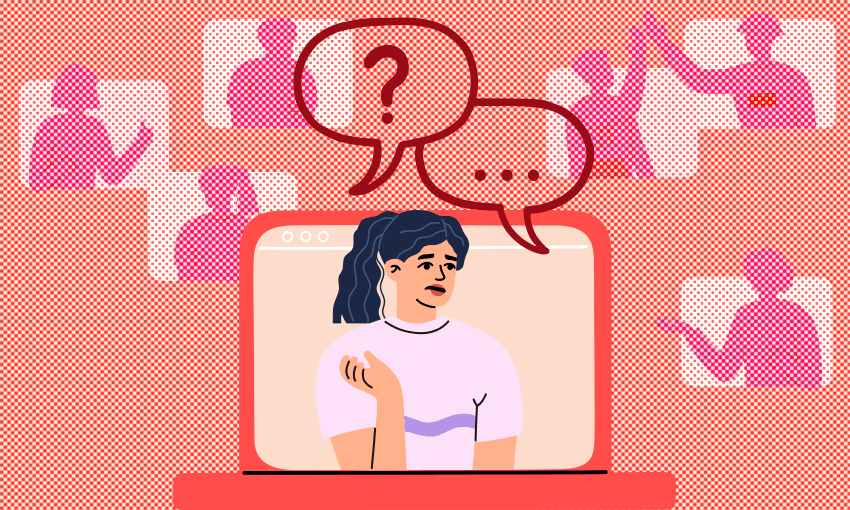 Employee shortages are leaving many industries stretched thin. How is this going to play out? Chris Schulz asks an expert.

On a recent weekend, a mate and I went to see Top Gun: Maverick. We met in Auckland’s New Lynn, then tried to get a quick bite to eat. The first place we tried was packed out with some kind of quiz night. After 10 minutes, a single waitperson was yet to appear, so we shrugged our shoulders and moved on. At the second, a bistro, we were stopped at the door and told: “We don’t have enough staff to serve you.” Again, we moved on.

Finally, after wandering around for a bit, we attempted to dine at a third venue, only to be warned one staff member was available to serve us, and just one more was working in the kitchen. That’s two people running an entire restaurant. Food would be a minimum half-hour wait. We grabbed a beer, sat down, and passed the time. Luckily, we’d arrived early.

But it didn’t end there. Later on, up at the movie theatre, things were just as chaotic. Ice cream was sold out, and there were no ushers on doors to clip tickets. It was bedlam, a free-for-all, and I’m sure some were taking advantage and heading into theatres to watch Top Gun for free.

Staff, it seems, are in short supply right now. This post-pandemic phenomenon has been covered in bits and pieces, with Queenstown cleaning businesses struggling for staff, and kiwifruit pickers being offered $60 an hour. One New Plymouth trucking company is offering dinner, Netflix subscriptions and a $2000 bonus to drivers who stick around.

Anecdotally, I’ve heard of newsrooms struggling to retain staff, even springing surprise bonuses on those who remain to persuade them to stay. Then there are these kinds of signs popping up on the doors of eateries all over Auckland. This pic was snapped at a popular Japanese restaurant near The Spinoff’s Kingsland office…

What’s going on? “There’s a massive shortage of people to fill jobs at the moment,” says Alan Donald. The head of advocacy and strategy for the Employers and Manufacturers Association has first-hand experience of this. On a recent weekend in Whangamatā, he ordered a beer at a local bar. The Auckland-based barman admitted he was driving down every weekend to pour pints just to help out his mate who couldn’t find staff. The local fishing club was closed due to lack of staff, and the bakery around the corner was open just one day a week. You guessed it: they couldn’t find staff. “They just aren’t there. This is across the board, all skill levels, all sorts of sectors [and] all over the place: the regions, the cities,” says Donald.

The EMA recently conducted a survey of members and found 40% of them had been advertising for more than six months to try and find people. To cope with this, strange things are happening: you can get well over minimum wage for jobs previously considered entry-level. In Queenstown, they’re offering $30 an hour for cleaning hotel rooms. In the Bay of Plenty, you can get $60 an hour to pick kiwifruit. “They’re losing people out of their packhouses because they’re going to pick fruit,” says Donald. “It’s acute … you can’t find a truck driver, you can’t find an aged-care worker anywhere, they’re 6,500 people short down in the Bay to pick crops this year. We’re hearing of manufacturers who can’t find people.”

Why is it like this? Things were already heading in this direction before the pandemic, Donald says, but Covid made it much worse. With closed borders, immigrants are no longer plugging the gaps. Other countries, especially Canada and Australia, are actively recruiting, plucking people out of our immigration queues. Add in the pent-up demand from people wanting to do their OE, and it’s a problem spiralling out of control. “You can’t grow your business if you can’t find people,” says Donald.

This story was originally published in our brand new business newsletter, Stocktake – sign up here and go in the draw to win one of three prize packs from Fix and Fogg – one of our favourite business success stories. Two subscribers will receive a six-month supply and one lucky winner a full year’s supply of Fix and Fogg’s delicious nut butters.

It may not let up any time soon. In fact, this shortage could continue for several years. If that’s the case, Donald advises companies to do whatever they can to hold onto experienced staff. Offer incentives, like bonuses, promotions or additional skill training, and have succession plans in place. “If you upskill your people they tend to be more loyal, and they’re more productive,” he says. But that takes time. “To train an apprentice takes three years. It’s another couple of years until they’re at maximum productivity.”

If you’re employed and you’ve got itchy feet, you might think that now is the perfect time to ask for a promotion, or a pay rise. When staff are in such short supply, Donald agrees that it probably is. But he cautions that the escalating costs of running a business may put some at risk. Add in the staffing crisis, and they may not be able to survive. “One part of me says yes, you’ll probably get a pay rise if you ask for one,” he says. “The other [part] says it’s bloody hard on employers who are struggling. We say this often: it’s never been harder for business.”

So bear with it, because it’s going to be like this for a while. “Staff are really burnt out,” says a Christchurch restaurant manager in this recent Spinoff story taking the mood of the hospitality industry right now. I’ve seen this in action too. Over a recent weekend, my wife and I tried to book Ada, a much-hyped Grey Lynn restaurant, for a birthday dinner. We spent several days emailing, and phoning, but our queries got us nowhere. After the weekend passed, they finally emailed us back. “Sorry about that,” they said. “We’ve been short-staffed.”

Sign up to Stocktake, The Spinoff’s new business newsletter, to receive stories like this in your inbox every Tuesday.