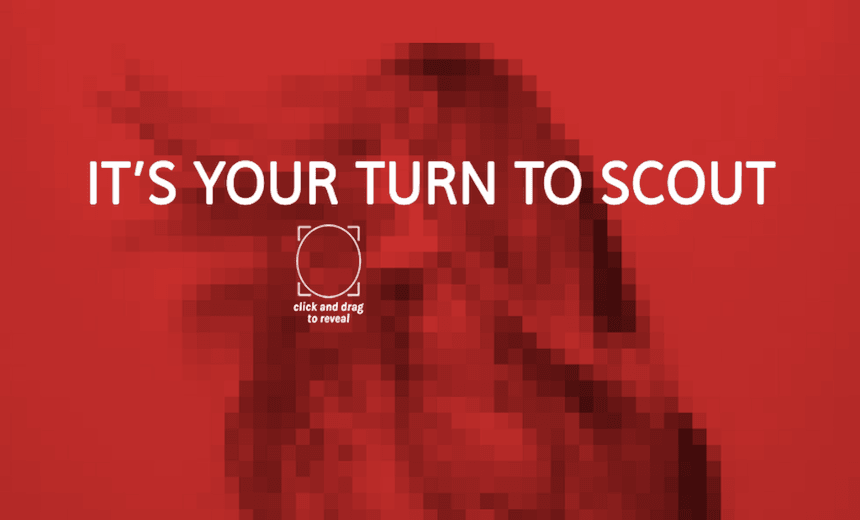 Rachel Glucina’s new “Entertainment + Celebrity News” website Scout goes live on Monday. To get us foaming at the mouth and subscribed up to MediaWorks’ salacious new gossip arm, they’ve posted a teaser video to the site … So what can we expect?

A weirdly specific list of possibilities is flashed before our eyes – ‘My night with a rock star’, ‘The truth about their steamy affair’, ‘Ex wives’ revenge bods’…

While I scramble for the pause button (there isn’t one!), a fresh list of adjectives starts appearing – ‘Titillating’, ‘Captivating’ and the one word that really gets the blood pumping … ‘Homegrown’.

It’s a bit like one of those things where you take the first letter of your last name and the street you were born on and find out how you’re going to die. Ah, let’s see… looks like I’m going to be titillated to death after looking at too many ex wives’ revenge bods.

Scoring this quickfire word association is a raunchy little rock number with the first line “Hey there, I got a name for ya” sung in a saucy falsetto. It’s a real stomper, I can definitely imagine someone (Glucina?) listening to this while they clean the house on a Sunday morning. Too obscure even for Shazam though unfortunately.

The generic name and aesthetic at this stage reminds me of how everybody on Shortland Street does all their social networking on ‘My Place’ and sells their cars on a fake TradeMe called something like ‘Trade n Sell’. Very easy to imagine Nicole waking up after a big night on Q Road to a text telling her to “check Scout!” and finding incriminating photos of herself plastered below the headline ‘My night with a rock star’.

Is this what Scout will actually be like? Will Hilary Barry be checking the site every morning to see if she’s featured under a dreadful headline like “The truth about her homegrown affair”? Will Glucina devour the other inhabitants of the MediaWorks nest like a mean bird that eats its own siblings? I guess we find out on Monday…