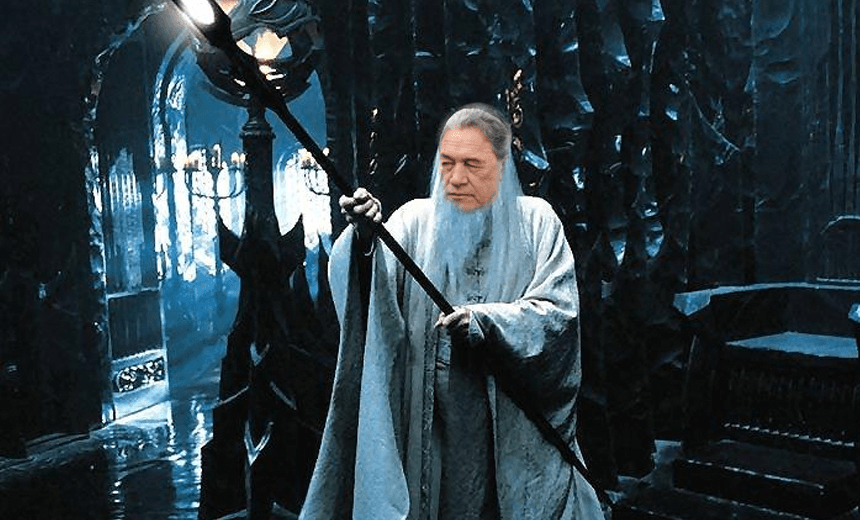 The best of The Spinoff this week: Outlander, pig behaviour and Tūhoe declare war on dependence

Bring you the best weekly reading from your friendly local website.

Alex Casey: Turns out Andrew from MAFSNZ was an absolute pig on Tinder

“Andrew Jury, a participant on Married at First Sight NZ, sent abusive messages to a woman on Tinder, calling her a “whore” after she refused his request to “satisfy my Asian fetish.” Jury is one of the few remaining participants on the Mediaworks reality experiment that weds two complete strangers and films the results. It has been a ratings hit for Three, despite all relationships bar one being deeply troubled.”

“Write us a diary, the Spinoff asked. What do I call it? Diary of a plus one? Hello from the other side? First-man musings? Prince Philip or bust?

I’m sitting here in the barely settled dust of the last couple of months feeling guilty about my past flippant use of superlatives. I’ve been forced to rethink applications of words like ‘surreal’, ‘life-changing’ and ‘bananas’.

Don Rowe: The battle now is with ourselves: Tūhoe declare war on drug dependence

“In the shadow of Te Urewera, Rūātoki’s Te Rewarewa Marae marae holds particular significance to Ngāi Tūhoe – in these mountains the prophet Rua Kenana was arrested on a charge of offering ‘moral resistance’ to constables who had tried to arrest him months earlier for the illicit sale of alcohol. Kenana was pardoned posthumously only last month, 90 years after his death. The community he founded at Maungapōhatu, the sacred mountain of Tūhoe, never recovered. Archaic, prohibitionist drug laws have continued to disrupt and disestablish tangata whenua ever since. And so, as Tūhoe inch ever closer to mana motuhake – self determination – we’re here for a hui.”

Duncan Greive: Gareth Morgan is shutting down the Morgan Foundation to double down on TOP

While TOP only managed 2.5% of the vote in the recent election, Gareth Morgan’s political ambitions are far from over. He’s just dropped $430,000 more into TOP while putting his think tank on long-term hiatus, writes Duncan Greive.

‘Tonight, we dine in HELL,’ screamed Ben, piercing his nose with the butter knife. ‘FREEEEEDOOOOM,’ yelled Vicky, smearing pumpkin purée on one side of her face. The Pretty Committee came out in full force to tear down Haydn, The Genetic Pitbull, for talking shit about them or their mates or sending a bad text or something. The details aren’t important. What is important is that things got so heated a producer had to intervene…”

Toby Manhire: The brand new Deputy PM just served papers on the media and that is not good at all

“Winston Peters, who wishes to ‘identify and sue’ those responsible, has issued proceeding in the High Court, and is reportedly seeking discovery of material relating to the leaks from a bunch of people: National MPs Bill English, Paula Bennett, Steven Joyce and Anne Tolley, staffers Wayne Eagleson and Clark Hennessy and Ministry of Social Development CEO Brendan Boyle.

Which, arguably, is fair game. More problematic is the targeting of media. As well as Murphy, Newshub political reporter Lloyd Burr is being hit up for discovery.”

Tara Ward: Outlander recap: Jamie Fraser is the Lord of the Dance

“You know you’re in for a treat when Outlander begins with a close-up of a pie. Feast your eyes, my pretties, because that pie was a beautiful piece of symbolism about the endless pleasures bursting out of ‘The First Wife’: a kidnapping, a shooting, life-saving surgery, stolen treasure, drunken dancing, a secret wife, Queen Jenny Murray and best of all, a Jamie Fraser Good Hair Day.

I’m as exhausted as Jamie after he spent Hogmanay moonwalking through the kitchen. Have mercy, for I’ve binged too much Outlander goodness and I’m not wearing my stretchy fat pants. Will I survive? It’s touch and go tbh.”

Grant Bayldon: Seeking asylum is a legal right. Could somebody tell Mike Hosking?

Mike Hosking has made another big mistake, this time on the UN’s refugee convention. Amnesty International New Zealand’s Grant Bayldon gives him a lesson in international law.

“We awoke this morning to find that one of the most important news sources in the world has uncovered a shocking situation, hitherto hidden in plain sight: New Zealand has become the latest nation to fall into the clutches of the far right.

This appalling situation is made all the worse because we, up until the column’s publication, had been basking in blissful ignorance – thinking that our newly elected Labour-led government was in fact intending to make good on its promise to introduce a ‘kinder, more caring’ nation.”