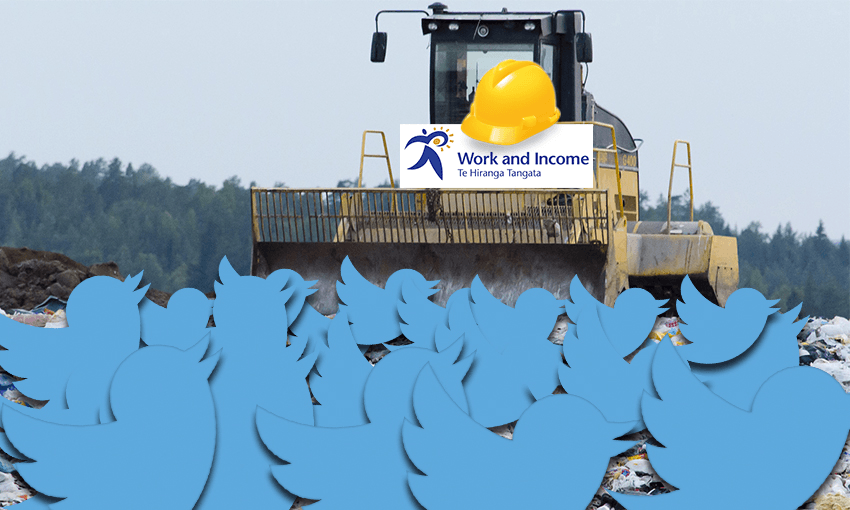 Memo to WINZ: Don’t use Twitter to clap back at your clients

Being a big brand, corporate, or government department means restraining yourself on social media, no matter how grievously you feel you’ve been wronged, writes Anna Connell

I used to manage social media for a bank. We had good days and bad days. Days when we desperately wanted to say how we really felt or point out that a customer was wrong. Days when it was hard not to take what was being said personally. Days when we felt like we were well within our right to defend ourselves. But we didn’t.

Yesterday, the Ministry of Social Development tried to defend themselves on Twitter. They publicly responded to a tweet from Chloe Ann-King, a well-known advocate for workers and beneficiaries about a situation she overhead in a central Auckland WINZ office. And when I say publicly, they didn’t just reply to her tweet. They doubled down, going on to publish a forensic review of the information, complete with two different colours of highlighter and little lines, highlighting what they believed to be incorrect about what Chloe was saying.

It hasn’t gone down very well. Why not? Surely if they think they’re right, they should be allowed to say something? Unfortunately, for a range of ethical, public relations and online rules of engagement reasons, the best thing to do would have been to leave it at their initial reply.

It’s a hard road to hoe working behind social media accounts, particularly if you are not beloved by the public. It can be tempting to want to shake things up or alleviate the numbing boredom of having to play with a straight bat in challenging circumstances. Moreover, you can get sucked into thinking that social media is a level playing field. It’s not.

Individual people have the highest cachet on social media. It is, after all, social media. Some brands and organisations get a little more room to play. These tend to be brands and organisations that have less at stake than say, a government department. ‘We sell burgers’ is a much easier territory to play with than ‘We run a public service department that the most vulnerable people in our society depend on’.

Mistakes are made when organisations don’t understand how much cachet they have. Sometimes, no matter how much you want to say something, you simply don’t have enough trust or public goodwill for anyone to want to hear it. That, I think, is the first problem with MSD’s response. When someone is highlighting what they think is unfair behaviour from your organisation and you already have some issues with public perception and trust, but you respond by suggesting she is wrong in four different ways, the chips are going to fall in favour of the person, not the mighty and powerful government department.

At the bank, we operated under some simple rules, enshrined in a document imaginatively titled, ‘Social Media Governance and Operations Guidelines’. I wrote it and may still be the only person outside the bank’s legal team and my team at the time to have read it. It was deeply boring and said things about reputation and service to customer. But it was the foundation upon which our day to day activity was based.

When team members were feeling the pull to enter into an ongoing dialogue with someone that might have been justified, but to the public would look like a logo full of angry bees attacking an individual, I’d yell “One and done”. “One and done” meant we’d deploy a reply along the lines of “Thank you, please slide into our DMs to see if we can help or, at the very least, take this off the public timeline so our angry bees don’t escape” and we wouldn’t engage any further in a public environment.

Social media has also created a false sense of proximity and security in the relationship between people and talking logos. It leads to behaviour where social media is regarded as a special stand-alone channel where the rules of stand-off-ish public relations and communications don’t apply. MSD did the right thing the first time around.

This tweet had the authority of being signed off by the Regional Commissioner, the deferential, ‘in service to the public’ tone was just right, and it would read perfectly well if it was to appear in a media environment. In fact, it reads like an initial response to an enquiry by media.

We had the ‘frontpage of the Herald’ test at the bank. If our words, public or private, were to be taken out of the social media environment and into a media environment, what would they look like? Would the pull to assert ourselves be so strong or advantageous if we had to handle it out of context and in front of hundreds of thousands of people? The answer was always no. If you have a fire raging at your front door, hosing some fuel on it from the window is the least constructive thing you can do.

Ethically, and I think this is what people are most upset about, there is something a bit off about highlighting one individual’s tweet to your entire audience online. It’s also poor public relations practice. Usually you want to dampen down something like this, so the opposite of that is reupping it on your Twitter feed for all to see. There is also an easily perceived power imbalance at play here – it takes on David and Goliath form. By choosing to tag her in a tweet to their entire follower base, they put her in the firing line and expose her to a whole new audience of people who can harass her online.

Ann-King has already said this whole thing is turning into “a hot mess”. She has also apologised if she got details wrong but stands by her right to continue holding WINZ to account. Arguably MSD’s reaction will only widen the trust gap between them and her.

It’s also a hot mess for MSD. What could have been left as a constructive reply to one person has turned into a lesson on how not to do things and, unfortunately, a failure of the new ‘article in the Spinoff’ test.