Let’s face it, there’s a reason people say “never read the comments”: most commentary below social media posts is just the worst. So, the recent Voller decision of the High Court of Australia confirming that, for the purposes of defamation law, media organisations are “publishers” of such third party Facebook comments has been met with understandable concern. That decision has the potential to affect social media and internet users more generally – not just media organisations of the type that lost in the high court.

Against this background, Hal Crawford considered the prospect of the New Zealand courts following the Voller approach taken in Australia. While there are ways that this decision could influence our courts, there are also additional factors to be aware of that are likely to limit its impact – some applicable to Australia as well as New Zealand.

‘Publication’ not the end of the matter

The chief justice of New South Wales, quoting the observation that “[Australia] inherited the English common law and then made it worse”, has pointed out that defamation law is convoluted, technical and perhaps overly hidebound by history. Some of this is evident from the attention paid by the Australian high court to cases involving verse placed on golf club walls, printers’ assistants “clapping down” printing presses, and porters delivering handbills. Remember, the Voller case itself concerns Facebook comments on news stories posted in 2016.

What this means for the media organisations is that being found to be a “publisher” of someone else’s Facebook comments is not the end of the matter. In effect, those organisations argued that they were not the comments’ “publishers” to try and short-cut their way out of the litigation; you have to have “published” material to be liable for it in defamation. The media organisations lost this argument, with the high court ruling (five justices to two) that the way they operated their Facebook pages facilitated and encouraged third party comments. That was said to be enough for them to be “publishers” of those Facebook comments, despite the fact that they could not (at that point in time) be completely turned off.

However, “publishers” of material have other ways to successfully defend defamation actions. In  many ways, the litigation now begins in earnest; whether the comments in question are actually defamatory, and what defences might be available to the media companies, are questions that remain to be decided. 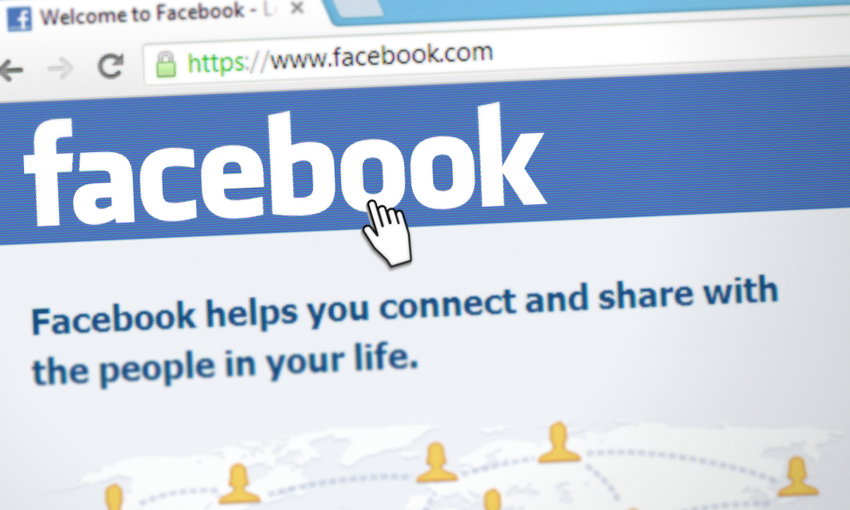 While the new law applies to all social media, Australian media organisations are most worried about comments made on their Facebook pages

Legislative protections in the online context

Nevertheless, even though defences may be available to publishers, these can be complicated and costly to establish. Going to court is always time consuming and expensive. For this reason, New Zealand provides another source of protection from defamation liability for “facilitating” another person’s online comments – the so-called “safe harbour” under the Harmful Digital Communications Act 2015.

As explained on the Ministry of Justice website, people who “host” social media where third parties can post comments can be protected from liability for other people’s content. They just need to follow the requirements of the safe harbour process. This boils down to dealing with complaints about content in a specified way, which may result in that content having to be removed. In Australia, these types of hosts may be protected from liability for others’ content where they were not aware of its nature, under another piece of online-focused legislation.

While New Zealand’s safe harbour provisions may serve to protect many against liability in defamation for other’s comments, they may not always be available. In that case, what our courts already have said on the matter of defamation and Facebook comments may provide another key protection against the Australian position on publication being readily adopted here.

In 2014, the New Zealand court of appeal had to decide whether the operator of a Facebook page had “published” third party comments that the operator was said to have incited. The court ruled that such an operator would only have “published” those comments if it had actual knowledge of them and failed to remove them within a reasonable time. This sets a higher bar for finding publication than the high court of Australia’s reliance on facilitating and encouraging comments.

In coming to this conclusion, the New Zealand court focused on considerations that do not have clear parallels in Australia. These included New Zealand’s specific defamation legislation, which might restrict the defences available, as well as the potential effect of the safe harbour provisions just discussed. The New Zealand Bill of Rights Act also played an important part; the court thought that rules in this area of the law need to properly take into account the right of freedom of expression.

While two justices of the Australian high court thought that our court of appeal adopted too narrow a starting point on the question of publication, they acknowledged the role that our Bill of Rights Act played in the ultimate conclusion. As well, another justice (who would have reached a result more favourable to the media organisations) expressly approved of a core part of our court of appeal’s reasoning. Overall, then, New Zealand’s particular legal framework provides plenty of scope for our courts to continue with a higher threshold for publication in defamation. Certainly, it is not obvious that they would feel automatically compelled to depart from the court of appeal’s previous position and adopt the Australian approach.

Both the Australian and New Zealand courts have recognised that whether or not someone has “published” a third party’s comment online is a very fact-dependent enquiry. In essence, our court of appeal thought that the particular 2011-era Facebook page operator it was considering had done little more than someone who organised public discussion at a meeting, and was not prepared to consider them a “publisher” of comments on that basis.

On that point, even the Australian high court justices who were more favourable to the media organisations would not have let them off the hook as publishers for all comments. Sometimes, they thought, someone posting material online might do so in a way that is more culpable than a meeting-organiser and be justifiably considered a “publisher” – say, posting an outrageous story on a controversial topic, hoping for fireworks in the comments and thus greater algorithm-based optimisation. This may reflect a shift in perceptions of social media since 2014, away from a view that it only provides a neutral “venue” for a public meeting. It seems more likely that this aspect of Voller might influence New Zealand courts dealing with contemporary fact situations, rather than the more general ruling concerning all comments. Still, a court would have to be convinced that such a situation is different enough from the one previously before our court of appeal.

The high court’s decision in Voller comes during a time of change in this area. Law reform processes in Australia concerning online publications and defamation are under way. Facebook, apparently in response to the Australian courts, changed its comments functionality this year to give users greater control. The question of who can be held responsible for online material is unlikely to go away, and while law reform in New Zealand might provide useful clarification, the situation here is – for now – different in several important respects from Australia. Whether and how new modes of social media and online interaction might affect this issue remains to be seen.