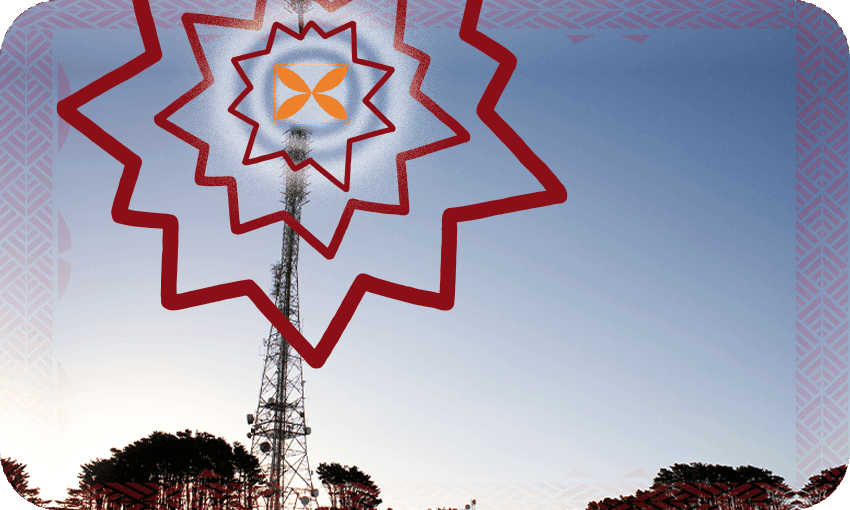 Will two media organisations dedicated to promoting Pacific languages be one too many?

The government’s new public media entity is set for a head-on collision with another publicly-funded outfit tasked with serving Aotearoa’s Pasifika radio-listening community.

Well, that’s the logical conclusion I arrive at given two government-funded media organisations now have the same objective of promoting and protecting Pacific languages.

But the National Pacific Radio Trust (NPRT) – which oversees the Pasifika radio networks 531pi and Niu FM – is taking a “kava bowl half full” view of it.

“I don’t see it as a conflict,” says trust chair Saimoni Lealea. “Instead, it’s great to see the (new) mainstream entity acknowledging the importance of the relationship with Pasifika and taking responsibility for supporting the provision of services for Pasifika.”

While the chair’s optimism is admirable – and to be fair, you only half fill kava bowls anyway – the reality could see NPRT and its operational arm Pacific Media Network (PMN) struggling for survival once the RNZ-TVNZ hybrid goes live.

The issue stems back to when the NPRT was established in 2002, to run the radio station Niu FM.

The founding deed instructs the NPRT to provide “an effective communication vehicle which promotes the fostering and maintenance of Pacific languages through quality programming in Pacific languages”.  To achieve that, and training/development outcomes, the trust currently receives approximately $4 million annually from the public purse, as well as generating about $1.2 million from advertising.

In 2006, the previously community-owned 531pi radio station was also transferred to the NPRT, a move the then Labour government ministers of broadcasting and Pacific Island affairs said would “avoid duplication of programming and enhance the service they both provide to Pacific communities”.

But now in 2022, the new bill setting up Aotearoa New Zealand Public Media (ANZPM) – the non-profit entity that will be the parent organisation for a merged RNZ-TVNZ – is requiring it to “provide, or support the provision of, content and services that recognise New Zealand’s strong and enduring relationships with Pacific Island countries (and New Zealand’s interest in promoting and protecting Pacific languages)”.

That’s a remit that potentially introduces the very duplication the government was trying to avoid in 2006.

In light of all this, I put some “please explain” questions to the new minister of broadcasting Willie Jackson last week, but his office was unable to respond as its press secretary was on leave.

However, the opposition broadcasting spokesperson Melissa Lee was immediately available for a conversation on the matter, telling me that this is one of the reasons she’s always been concerned about the government’s public media plans.

Not only is there potential duplication, but Lee says smaller entities like NPRT/PMN that are only partially funded won’t be able to compete against a massive fully-funded organisation like ANZPM.

She sympathised with my proposition that if two agencies are chasing the same small audience, surely the more well-heeled outfit will end up cannibalising the other’s audience. (Cannibalising was my term, not hers.)

Lee says the Pacific Media Network is astute in its programming and has a unique position in the market, reaching audiences others can’t.

But if ANZPM chose to compete, “it’s competition from a giant entity that’s fully funded by government, it’s not a fair playing platform,” says Lee.

And there’s the rub. With the risk of being smothered out of existence by a media behemoth, NPRT/PMN has limited options – they either become the junior partner in a collaborative arrangement or be swallowed up into the ANZPM ecosystem as a subsidiary or a unit within the RNZ-TVNZ outfit.

“Minister Faafoi has been a tremendous advocate for Pacific media in general and encouraged us right through this process to think strategically about the opportunities to collaborate with the new entity,” Lealea, the NPRT chair, told me.

Lealea has every confidence that new minister Jackson will act and make decisions in a way that protects and enhances the Pacific media space.

“After all, the issues facing us are relevant to his experiences in the establishment of Radio Waatea and iwi radio.

“The bottom line I like to think is anything less than plurality of voice actually undermines the role of independent media in supporting a free and democratic society,” he says.

But this raises two concerns, Lee says: the potential for government influence in how ANZPM operates, and the risk to plurality from merging the organisations with two of the biggest newsrooms in the country, with smaller entities like NPRT/PMN potentially being pulled into the same orbit.

Some will argue there’s no fear of duplication because ANZPM has the option of merely “supporting the provision” of Pacific language services, not actually delivering it. But wasn’t part of the rationale for the, some say unnecessary, coupling of RNZ and TVNZ to better reach under-served audiences like Pasifika communities? Yet, ANZPM could forego that requirement just by supporting media outlets like NPRT/PMN to do what they’re already doing?

The National Pacific Radio Trust are “doing a great job reaching a market that the mainstream media doesn’t, so we should value it and if we can, actually assist in terms of [more] funding”, says Lee.

Another argument for needing ANZPM is the sector having to adapt to increased competition, changing audience demands and ways of accessing media, falling revenue, and new and emerging digital platforms.

NPRT/PMN face exactly the same challenges, yet strangely, they were “out of scope” when the governance group of experts was asked to deliberate on the future of public media in Aotearoa.

Talking on The Spinoff’s podcast The Fold, Pacific Media Network CEO Don Mann said if PMN is required “to stay in radio land, we won’t be here in five years”. Mann is on-point.

For years, PMN has sought a rejig of its trust deed to allow it to operate in a changing media environment but it’s largely been ignored. So the organisation has been expected to achieve complex cultural, social and language outcomes but is limited to radio when today’s audiences are requiring a multimedia approach. And now there will be increased competition from an all-dancing and singing fusion of RNZ-TVNZ.

With a new player on the scene, it also begs the question, how under-served are Pasifika audiences? One could argue that Pasifika communities are well catered to by publicly-funded radio services: 534pi and Niu FM; programmes on the Access Radio network; and the Wellington-based Sāmoan-language station Sāmoa Capital Radio. RNZ also offers a comprehensive, largely English-language Pacific service, with regional and local stories and programmes.

But the potential for NPRT-PMN to use their base to expand into the television or the video-on-demand space, where there is a significant Pasifika public media deficit, has been stymied by the limitations of its deed. Even though RNZ has two free-to-air television channels on the Freeview network.

Many in the Pasifika community believed that a dedicated Pasifika television service would naturally follow the radio service. It was even anticipated in several Labour Party manifestos but it quietly slipped off their policy radar.

Some argue that linear TV is dying and that the focus should be on digital services anyway. But while linear TV is losing its dominance, it’ll still be some time before collective television viewing is a thing of the past.

There’s no question that media habits are evolving towards digital; online platforms are essential. Publicly-supported Pasifika online platforms like Coconet TV and TP+ navigate this space superbly. But the notion that every Pasifika person has a smartphone or can regularly afford the data for online access is erroneous.

Experts estimate that up to 30% of Pasifika people in Aotearoa are digitally excluded – they lack the skills, devices or desire to operate effectively in a digital environment. Recent research by BNZ found that 800,000 New Zealanders lack the digital skills to use everyday online tools and services, and that doesn’t include those who can’t afford fancy devices and internet accounts.

The reality of the digital divide was evident during the Covid pandemic, when the Ministry of Education had to commandeer free-to-air television platforms because it was the most effective way to reach digitally-deprived students nationally.

For social, cultural and equity reasons, free-to-air linear television – with prime time viewing opportunities for Pasifika communities in their languages – must be part of the equation for the foreseeable future, if digitally excluded Pasifika communities are to be better served. But again, it’s an area that immediately gives the RNZ-TVNZ entity the upper hand.

It’s difficult not to think NPRT-PMN is being quietly shepherded down a broadcasting cul-de-sac to comply or die.

Still, Lealea remains confident ANZPM can work strategically with NPRT-PMN for the greater good and best use of public money.

“Our community are entitled to be served and represented both in mainstream media and by ethnic media such as PMN and others that operate in our space,” he says.

However, Lee warns that people will have to “rise up and have their voices heard” during the select committee process, if the services of an independent Pasifika media entity like PMN are valued by the community.