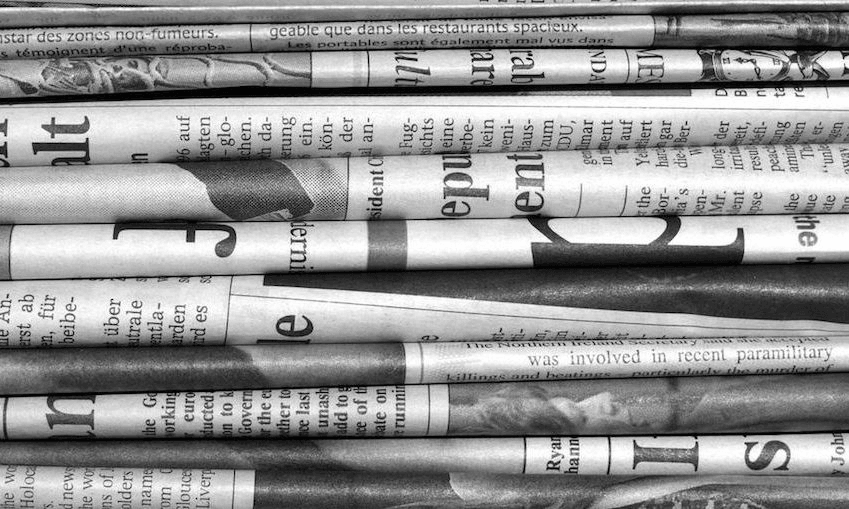 Community newspapers are unable to publish during the lockdown (image: Getty)

Community newspapers are unable to publish during the lockdown (image: Getty)

I often get irked when I hear or read criticism of the Herald, so I’m bracing myself for an extra long period of irkdom over the next few weeks, as news of the redundancies starts to ripple out from journalists into the company’s wider readership. The complaints – mostly from intelligent people – can be surmised as ‘there’s so much crap on there’.

‘There’ is invariably the website’s homepage. And yes, there is. That most of the crap is imported from the Daily Mail (my beloved dead Grandmother’s favourite paper) or Bang! Showbiz (whatever the hell that is) is not of major concern to most readers. They, justifiably, see the Herald‘s masthead, and associate it with the content. Makes sense.

But I would argue that the homepage, despite its prominence in all our imaginations, is a pretty poor way to judge the Herald‘s work. The homepage should be read more like a boiling reflection of our collective id. At any given time thousands of us are there, scrolling about, trying to find their next click. The stories, their placement and prominence are to a large extent driven by our own behaviour, en masse. My vaguely educated guess would be that we are the homepage editors, right now, and our behaviour dictates its shape. The main, perhaps the only major priority for the homepage, is to beat Stuff’s numbers – just as the collective goal of NZME.’s radio arm is to beat that of MediaWorks.

So I would argue that a far more rational way to judge and critique the Herald‘s work is by assessing what it actually creates itself, rather than what it chooses to import, or the prominence it assigns to stories.

A very roundabout way of getting to my point. Which is to commend the regular ’12 Questions’ series, which runs weekly – an example of the Herald taking a deeply ordinary concept and executing it to an incredibly high level. And not just once – any fool can do something well once – but every time it runs.

The segment takes a New Zealander – sometimes prominent, more often not – and asks them about their life and current preoccupations. And yet that singularly fails to capture the series’ quiet brilliance. It’s there in the extremely careful selection of the subjects. It’s shown in the delicacy – and sometimes indelicacy – of the way questions are phrased. It’s very clear in the edit. Most affectingly, it’s there in the emotion which sometimes wells up in the subject, and unspoken yet palpable sympathy of the interviewer.

’12 Questions’ takes a simple Q&A and, more often than not, makes it amongst the best things in the paper. In the past couple of weeks alone there were two exceptional examples, each by Emily Simpson (conflict alert: Simpson is the partner of our books editor, Steve Braunias), though in any other week it could as easily have been Sarah Stuart or Jennifer Dann – each seems to understand the premise on a very fundamental level.

Simpson this week spoke with Ted Dawe, the author of banned teen book Into the River. Prior to reading, all he had been to me was a cheerful author, enjoying his moment of unexpected prominence. After reading his Q&A he became a real human – with a past, with sadnesses, with his hands in the dirt every weekend. The week prior it was Grace Barcelos Owen, a model-turned-psychologist.

Model-turned-psychologist! What kind of of person hides behind those three words? Don’t you hate them, a little? People who are beautiful and smart, who effortlessly glide from one career to another. Simpson exposes Owen as having lived an extraordinary life, having the courage to drop herself into a new country and language, having found love and had it ripped from her. And somehow rebuilt herself.

As a writer, one of the things I like most about the series is how it hides the skill of its creator. ’12 Questions’ buries the byline so deep you’re barely aware it’s there. It’s in the Herald, every week, and I can only assume it’s popular, because it’s often prominent on the homepage. But it’s one of dozens of great pieces of journalism the paper creates every week, regularly and irregularly. Most only fleetingly graze the homepage. You just have to have the will to find them.