In a time when accurate, expert advice is more important than ever, RNZ’s Hayden Donnell asks why New Zealand’s entrepreneur community has been so prominent in the media.

Reporting on the Covid-19 crisis comes with a weight of responsibility for news organisations. Getting timely, accurate information on efforts to slow the spread of the virus could literally be a matter of life and death for some in their audience.

Others however have turned their attention to a different group: entrepreneurs. On Monday, Seven Sharp booked Valocity founder Carmen Vicelich for an interview on the steps she believes the Government should take to combat Covid-19.

Vicelich argued all schools should be closed immediately. That idea may be sensible: it has been backed by Baker but rebuffed by Ministry of Health director general Ashley Bloomfield.

During the interview though, Vicelich raised a potential issue with her being a primetime voice on how to respond to a pandemic. “It’s one of the things that is so unknown, and I certainly [am not] an expert in this,” she said, in response to a question on what people can do to limit their exposure to the virus.

That raised the question of whether her interview slot should have been filled by someone with more experience in how to respond to a pandemic. To the show’s credit, host Jeremy Wells pushed back on some of Vicelich’s points after the interview ended, and a portion of the next night’s episode was spent busting Covid-19 myths.

But even as that show was patching up its missteps, other amateur epidemiologists were swarming into Covid-19 coverage. On Wednesday, Newstalk ZB host Kerre McIvor began her interview with Sky TV founder Craig Heatley asking why people should listen to him if he’s not an expert in public health.

“I got 8 out of 100 in UE Biology so I’d be the last one to talk to about microbiology. I’m a businessman. I think I understand maths,” he replied. Heatley went on to deliver eight minutes of advice on how to respond to the pandemic.

Both he and Vicelich were part of a group of entrepreneurs who wrote an open letter to the government urging it to toughen its efforts to combat Covid-19. Nick Mowbray, the founder of the global toy manufacturer Zuru and a co-signatory to the letter, also snagged some prime Newstalk ZB airtime on Mike Hosking’s breakfast show.

He spoke about the potential for virus infection rates to grow exponentially, and urged the Government to take tougher measures to slow its spread. TradeMe founder Sam Morgan hit a similar theme in a trio of columns for Newsroom.

In the first on March 11, he compared the growth of Covid-19 to compound interest rates and predicted New Zealand could have more than 20,000 infected people within 60 days. When readers pointed out that Morgan had no relevant qualifications in which to ground his prediction, he penned another column responding to the criticism.

“I choose to be a big boy, to be brave, to put myself out there (only briefly, I hope) because I strongly believe New Zealand is not yet taking the full suite of actions we should be to limit this pandemic,” part of its introduction read. Morgan’s third column urged the government to shut down schools and enforce strict social isolation measures.

Obviously these entrepreneurs can interpret data. Their ideas aren’t radical. They may even be correct on certain points. But their opinions sometimes contradict official advice, and can muddy the waters for experts with more well-researched, nuanced information.

None of them have the scientific expertise necessary to be held up as trusted, credible voices on what to do during a health emergency where accurate information can save lives. Neither really does Nigel Latta, who appeared on the NZME station The Hits to give the opposite opinion to that of people like Morgan or Heatley.

“I think our government has done an outstanding job of dealing with this. I think what they’ve done is they’ve taken measured, strategic decisions all the way along in what is a rapidly changing situation and they’re getting stuff right.” That may be, but Latta, a clinical psychologist and occasional TV host, is probably not the best placed person to make the assessment. 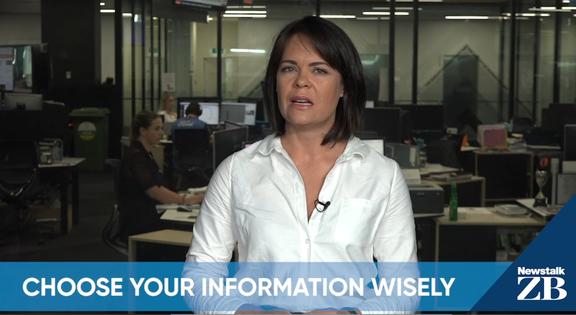 One of many opinion pieces by ZB’s on-air hosts this week contradicting opinions pieces by other ones. Photo: screenshot / newstalkzb.co.nz

If there was one redeeming factor in the entrepreneur commentary, it’s that everyone was urging a cautious and conservative approach to the virus.

There was no such reticence from Martin Devlin, who used his (ZB and) Radio Sport soapbox last weekend to rail against the Covid-19 containment measures. He claimed self-isolation measures wouldn’t work, and hit back at a caller who urged him to take the pandemic seriously.

“I don’t believe it’s a pandemic. A pandemic killed almost 100 million people at the end of the first World War,” he said.

Devlin, a football fan, and all these self-appointed virologists, epidemiologists and public health experts, could do worse than to take a page out of the book of Liverpool manager Jurgen Klopp, who had this to say when he was asked how to respond to Covid-19. “It’s not important what famous people say. People with knowledge will talk about it … not football managers.”

One person who does seem to have taken Klopp’s advice on board is Newstalk ZB’s Tim Beveridge, who took aim at Mowbray and his fellow signatories. “When it comes to a public health issue, I don’t really give a toss what entrepreneurs think. I‘m not sure what extra qualifications they have to be advising on these things besides in their chosen field they’ve become successful as businesspeople.”

His stance seems to be winning converts. On Friday, his colleague Heather Du Plessis delivered a monologue that ran under the headline ‘Listen to experts, not entrepreneurs”.

“Even if they mean well, is it the right thing to take pandemic-management advice from a business person with absolutely no obvious qualifications in this area?” she said. “They are not experts, nor am I and nor are you. We don’t know how to handle this. We have no previous experience to compare this to. People study for years to know how to handle this kind of thing. And yet we should listen to someone else who’s watched videos on the internet?”

A good point, and hopefully a sign that more scientists and medical professionals will get the spotlight in future.

This story originally ran on RNZ and is republished with permission