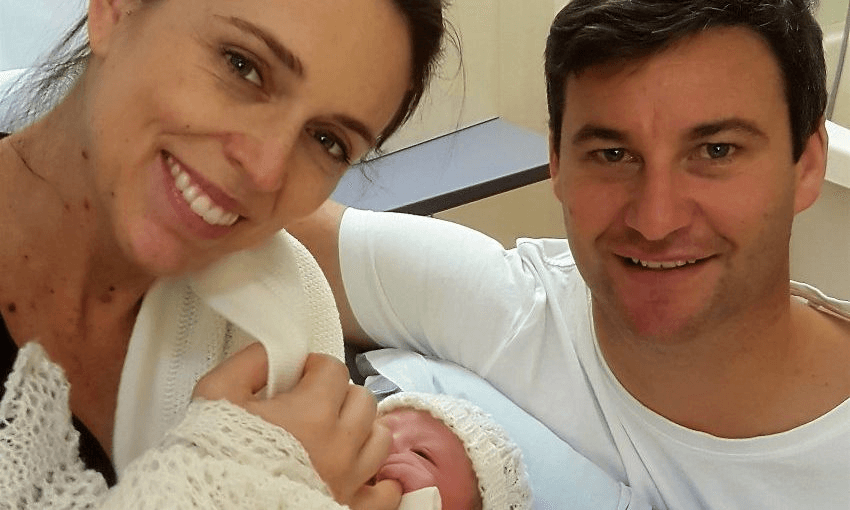 Thalia Kehoe Rowden: What can a horrified New Zealander do about children in cages?

“Whether you are poring over Twitter and the New York Times website, gaping at every new atrocity this corrupt and cruel administration embarks on, or avoiding the excruciating sights and sounds of children abducted by the state – a state that is wholly incapable of caring for them – it is hard not to feel helpless if you’re not a US citizen with an elected representative to phone daily.

But there’s actually a bunch of things you can do, even from here. We need not feel powerless. Here are some concrete actions you can take today – World Refugee Day, as it happens – to add your voice of outrage, and pledge what aid you can to these children who are being tortured by a despot who likes to think of himself as the ‘leader of the free world’.”

Toby Morris: Who Drew That? The true story of the Peach Teats calf

“If you’ve ever driven State Highway 1 through the central North Island, you’ll have seen it. And if you’ve seen it, you’ll remember it: two punchy words and an illustration of a sly and some might say flirty calf, a beacon of strangeness in the rolling farmland. It’s the Peach Teats sign, midway between Hunterville and Mangaweka, a cult classic billboard that’s been catching eyes and confusing tourists for 25 years.

But while everyone knows the image, few probably think about the story behind it.”

“The controversial Miami rapper Jahseh Dwayne Onfroy, known by his stage name XXXTentacion, died yesterday in a shooting outside a motorcycle dealership in Florida. As the outpouring of grief began on social media sites one important thing came bubbling to the surface – who Onfroy really was.

Onfroy was an artist, a son, a brother, a friend, but he was also a domestic abuser and we must not forget this. No-one deserves to die and the idea that we should celebrate anyone’s death is innately wrong, but the unfortunate event of someone’s death cannot overwrite the despicable things they did when they were alive.”

Jihee Junn: There have been 22 heater recalls since 2010, and there’s a decent chance yours is on the list

With up to 80% of faulty indoor electric heaters potentially still on the market, is the recall system in need of a major shake-up?

Thomas Semple: Yup, blame us: a 14-year-old on why they’re voting for Disco Dave Seymour

“David’s worst dance was that one where he was twerking while wearing garish towelling shorts and a headband. The twerking just looked wrong, like a crime against nature. But everyone loved it, because it was so shit. You couldn’t say anything good about it. Everyone was talking about it the next day. People were asking if I’d seen it, like it was a historic moment. My mum was raging about it on Twitter. She was trying to understand why anyone would vote for him. She thought it was some political conspiracy. But I knew it wasn’t. It was the result of opening something up to the public to affect the outcome, because people are always going to be shits. I said: Mum, it’s like New Zealand’s Boaty McBoatface.”

Emily Writes: How to give birth – the definitive guide

Orgasmic birth isn’t a myth! All you need to do is put on that absolute panty-dropper banger “Africa” by Toto. Dim the lights. Breathe deeply. Get the security guard who is terrified of you because you’ve got no pants on and you’re making extreme eye contact screaming “It’s gonna take a lot to take me away from you/There’s nothing that a hundred men or more could ever do” to massage your perineum counter clockwise. And then go back in time and not get pregnant and not give birth and instead have an orgasm. Voila! Orgasmic birth!

Don Rowe: Are drug drivers really killing us by the droves?

“Last week news broke that for the first time in New Zealand drug drivers were responsible for more deaths than drink drivers. Stuff, the Herald, Newstalk ZB, even the bloody old Guardian got on board. It’s a striking headline. But is it true?

But the AA never undertook a study.”

David Farrier: The strange story of how a NZ musician was led into the world of financial dominatrixes

I got in touch with Chelsea to find out why she was retweeting this 22-year-old self-confessed brat, and she told me this whole story had actually started years ago. “I noticed a common theme amongst my influx of Twitter followers was that a high percentage of them described themselves as things like ‘worthless piggie boy use me’, ‘your number one pay pig’ and ‘pig boy please laugh at ur pig’” she said. It turns out that a certain number of Twitter users had mistaken Princess Chelsea for being a findom, or a financial dominator.

The president is comfortable with questions both of legality and moral fortitude. In fact, when the uproar arose, he openly leveraged the caged children to secure funding for his billion-dollar wall at the Mexican border. The leader of the free world is therefore torturing small children either as immigration policy or a publicity stunt. Either way, it fits a familiar historic pattern and if history has taught us anything it’s that we are now well past the “causes leading to” chapter. We are firmly at the part of the history books where future generations ask “what would I have done, were I witness to that crime against humanity?”