Going on your lockdown walk and don’t want to be alone with your own thoughts? We’ve got you covered.

Provided you wear a mask, maintain a two metre distance from other people and stick to your local area, the stupid little lockdown walk is one of our few permitted excuses to leave the house at the moment. But what to listen to? Not music, not at a time like this. Not the news, you’ve had more than enough of that already. You need podcasts, and lots of them.

Once you have worked your way through the entire back catalogue of The Spinoff Podcast Network, including all 148 episodes of The Real Pod, 106 episodes of Gone by Lunchtime and 46 episodes of Remember When, you might find yourself in need of some new podcasts to keep you distracted from the swirling abyss of your own thoughts.

Please allow The Spinoff’s most devoted pod-heads to share their favourite recommendations to get you through your humiliating daily trot around the block.

Crime Show, an excellent new true crime poddy from Gimlet, includes this Guy Ritchie-inspired two-part stunner about MMA fighter Lee Murray. The British hardman was – very briefly – one of the most vicious athletes to ever step in a ring. Spoiler alert: then he robbed a bank. The Takedown is brutal, funny, and immersive, and it’s all delivered in a delicious Scottish accent. Best of all, it’s all real. Don’t Google Murray, and don’t save this one for the hills – it’ll leave you breathless. / Chris Schulz

Nicole Byer is, line for line, laugh for laugh, the most joyous podcast host out there. I could recommend any one of her four podcasts, but if you want to make your way through something that’s less timely, look no further than Newcomers. Each season, she and co-host Lauren Lapkus watch a new film series they haven’t experienced before. For example: the first season is Star Wars, and hearing Byer mispronounce every single name is a true blessing, and following the pair’s (absolutely correct) frustration at the dense lore of the series is an absolute treat. Other seasons cover the Lord of the Rings series, a few films from the Tyler Perry canon, while the current one is them diving into the Fast and Furious series. / Sam Brooks

West Cork is far from a hidden gem – it caused a small sensation when it was released exclusively on Audible in 2018 – but this true crime podcast is experiencing a resurgence of interest thanks to the three-part Netflix series Sophie: A Murder in West Cork. Both podcast and documentary tell the story of the hunt for the murderer of Sophie Toscan du Plantier, a French woman who was found beaten to death on a rural Irish roadside in 1996. As someone who came to the documentary first, I worried I’d get little from the audio version of a story I already knew. I needn’t have worried: the podcast (now widely available) is still completely gripping, and the prime suspect turns out to be even more sinister when you can only hear his voice. / Catherine McGregor 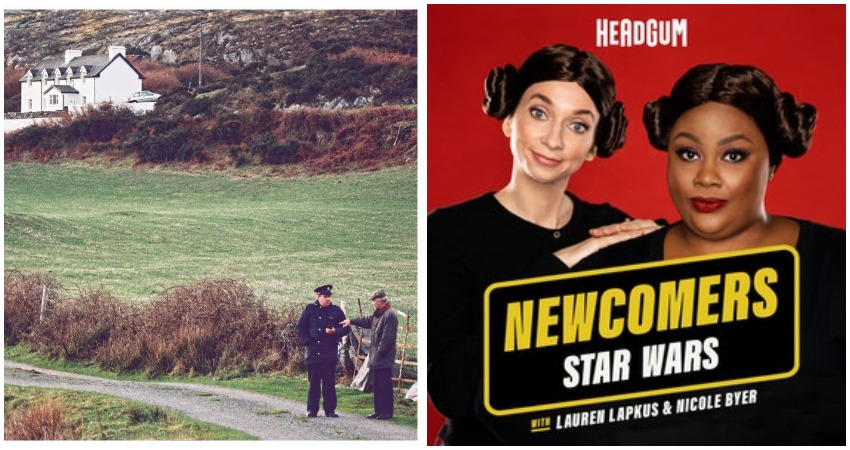 We recommend West Cork and Newcomers

You might think life is hard under a lockdown, but after listening to The Witness you’ll gain a new appreciation for your relative freedom. In 2005, Joseph O’Callaghan’s testimony helped convict two drug-dealing gangsters for murder, and he became the youngest person ever to enter the witness protection programme in Ireland. In this harrowing podcast, O’Callaghan’s details the grim lifestyle he led, as a drug mule for one of Dublin’s most notorious heroin dealers, including his account of the horrifying abuse he suffered during this time. / Justin Latif

This is probably ancient in podcast years, but I still don’t think enough people have listened to Everything is Alive. Each episode is an unscripted interview with an inanimate object who talks about their life. I realise this sounds quite unappealing, but I promise it’s actually a very charming and magical listen. The personification of inanimate objects will always remain peak funny in my opinion and, while Everything is Alive proves that to be true, it also manages to go beyond comedy. Who knew a can of Coke could be so profound, that a grain of sand could be so observant, or that a lamppost could be so lonely? / Charlotte Muru-Lanning

Americans have done pretty well at cornering the stranger-than-fiction podcast market but don’t discount those plucky Brits – they have plenty of weird tales and gruesome crimes of their own. A good example is British Scandal, a podcast which does exactly what it says on the tin. It tells the stories of newsworthy scandals that rocked the UK – the ones you vaguely remember but would have trouble explaining to a friend. Topics explored so far include phone hacking in the Murdoch press, the poisoning of Alexander Litvinenko and how Nick Leeson brought down Barings Bank. British Scandal’s real secret sauce is the co-hosting duo, Matt Forde and Alice Levine – the latter a true podcasting queen thanks to her other show, the global sensation My Dad Wrote a Porno. There are no toe-curling sex scenes in this one, but it’s surprisingly funny all the same. / CM

This has been around for a while but I would hate for anyone to have missed it. Snowball is a podcast about an American con woman, Lezlie, who married a Kiwi guy and convinced him and his family into buying a cafe in Matakana. Strange things start happening, Lezlie leaves, and the family quickly loses everything. One of the family members, Ollie, takes it upon himself to find out more and uncovers some odd and similar stories across the globe on his journey to track her down. Without spoiling anything, it sucks you in and gets pretty crazy – you might even find yourself walking for longer! / Lucy Reymer 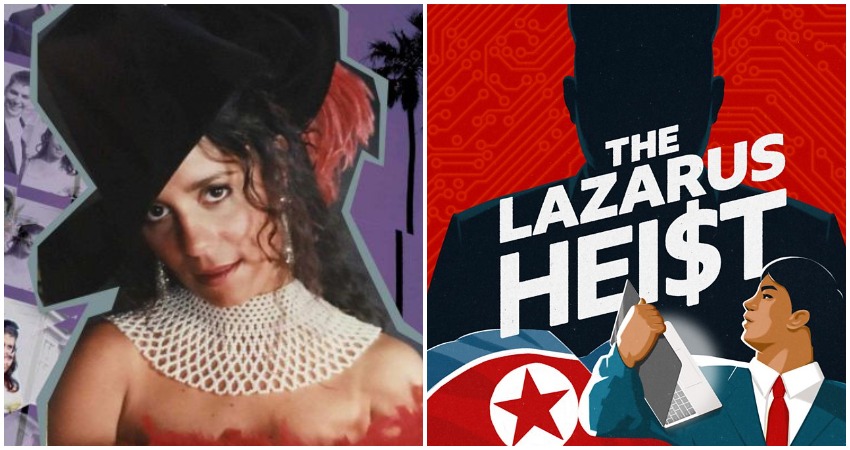 We also recommend Unravel and The Lazarus Heist

When you’re out pounding the pavement, you’re probably thinking about all the carbs you deserve when you get home. Enter Dan Pashman, the food podcaster who embarked on an improbable adventure: developing his very own pasta shape. The ultimate comfort food, Pashman found there was nothing calming about his endeavour. Across five excellent ‘ImPASTAble’ instalments he all but guarantees you’ll be cooking up creamy linguine once you kick off your walking shoes. / CS

If you’re looking for an enthralling true crime tale but aren’t mentally prepared for intense descriptions of violence and murder, this is the one for you. Chameleon investigates a bizarre six year campaign of psychological terror waged against Hollywood’s non-celebrity workforce – stylists, trainers, location scouts – all of it conducted solely by phone and email. Hosted by journalist Josh Dean, whom true crime super-fans will recognise from the Netflix series Crime Scene: The Vanishing at the Cecil Hotel, this is the first podcast in a long time that I’ve devoured in a single day – all 10 episodes of it. As always with these kinds of stories, the less you already know, the better: this one has some jaw-dropping twists you really don’t want spoiled. / CM

I am not generally someone who is into podcasts where people talk about their feelings. I’ve got my butcher’s dozen worth of those. However, I’ve been absolutely glued to The Deep Dive, a podcast where actors June Diane Raphael (Grace and Frankie) and Jessica St. Clair (Avenue 5) discuss their feelings, their traumas, and what they do to stay sane. Each episode starts with them (hilariously) riffing with each other, and then interviewing a guest – including Julia Louis-Dreyfus, Brooklyn Decker and Lennon Parham – about what they do to stay sane and well. Your mileage may vary, but there’s been a few revelations about the ways in which humans deal with their damage that have changed my view of life entirely. / SB

This is a podcast about an international criminal ring, but it is also about so much more. It begins by delving into the Sony hacking scandal from 2014, before diving into the complex machinations of North Korean politics, money-laundering schemes in Macau, and how a global cyber-attack was brought down by a high school dropout sitting in his mum’s basement in Devon. / JL