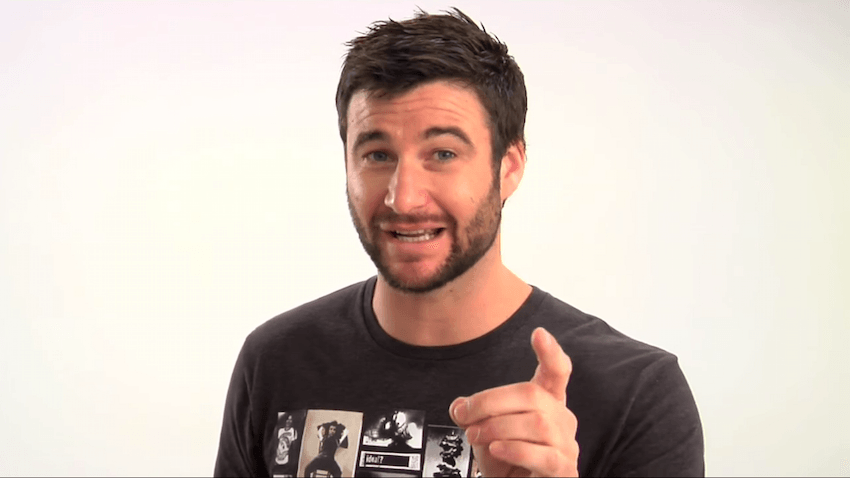 Shaken to the core by these revelations, tbh.

Shaken to the core by these revelations, tbh.

On June 21 2018, Neve Te Aroha Ardern Gayford was born. But on April 7, 2010 first fisherman Clarke Gayford revealed a preference for a middle name of a … different kind.

After a deep and serious investigation, The Spinoff has discovered a clip uploaded onto popular video website YouTube from the account “Rattle Ya Dags” (which we understand is a rural colloquial expression of some kind) in which First Fish-Murderer Clarke Gayford reveals what he actually thinks about middle names.

In the 53-second clip, Gayford reveals his middle name is “Timothy”. He says the name is “boring” and “not very inspiring at all”. On this matter, he is correct. He pleads with the audience of YouTube account “Rattle Ya Dags” to give their children a “rad middle name … something that says their parents aren’t as old and boring as they seem now”.

He implores his audience to give their children middle names like “Fruity” or “not guilty”, which we understand to be Biblical names.

What follows next is a statement which confirms that the First Fish-Harvester has spun 180 degrees on the subject in eight short years:

“I’ve already decided that my children are going to have the middle name ‘Danger’ and then ‘Danger’ will quite literally be their middle name.”

If nothing else, Gayford has revealed a predilection for Dad Jokes that will serve him well in the years ahead.

We at The Spinoff wish Neve Te Aroha Ardern Gayford all the best – and hope she thanks her lucky stars that her middle name is not Danger, as nothing good can come of people with the middle name Danger.

Next week, what Gayford really thinks about the Labour Party.