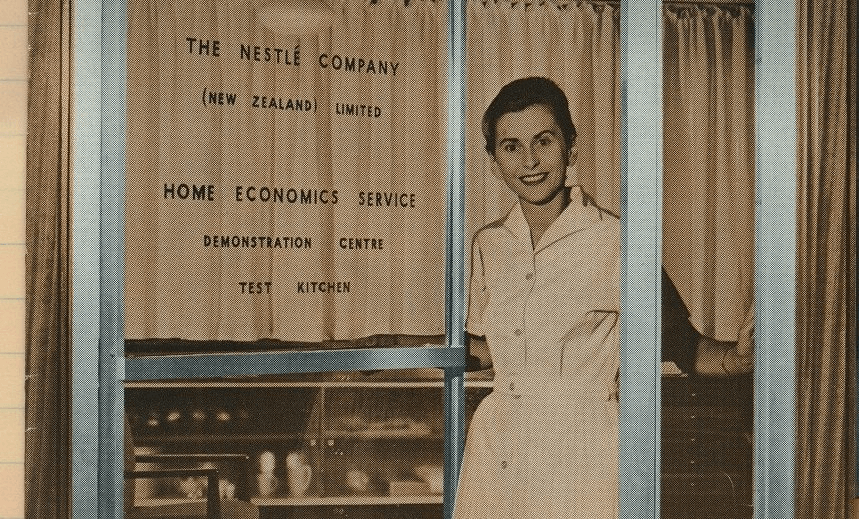 “Our disregard for the dip’s architect has bugged me for years. Every time I’ve bitten down on a dip-drenched chip, I’ve wondered the culinary savant behind the flavour miracle being performed in my mouth. Friends and loved ones have often heard me exclaim “Whoever invented Kiwi Onion Dip needs an urgent knighthood”. Late last year I decided to act on my convictions, track down my idol, and try to win them the respect they deserved.”

“According to White, the practice of demanding sexual favours in exchange for being allowed to continue working had become commonplace. ‘There was a whole lot of us girls so they had a whole lot of choice and they did it to everybody… Some of them did it for a joke. Others did it because they couldn’t get their rocks off with their missus.’ And it wasn’t just blow jobs. ‘It was sex, everything. Some situations I heard of girls being batoned.’

Why didn’t she complain? ‘The mentality back then is police were looked upon as being friends of the public. So who’s going to listen to a hooker, let alone a drag queen hooker?’

Sex workers, especially trans ones, White says, were almost literally treated like rubbish. She recalls a visit from the mayor of Auckland Colin Kay in the early ’80s. ‘He came up to K Road and said, ‘get this filth off the road’, so we had to succumb to sucking these men’s cocks off just so we could stay out.”

“Just to give you a sense of the size of this enterprise: In less than a decade, and despite the global financial crisis and the lack of government support, the Fund stands at a total of $33 billion. That’s more than ten per cent of the size of this country’s entire GDP. The Fund represents a considerable stabilising factor for our economic outlook and contributes substantially to the “invisible” balance of payments through its income. That return on investment is over $5 billion a year, which – to give a sense of proportion and significance – is equivalent to about a third of annual payments to national superannuitants, the government’s largest single outgoing transfer.”

“I had spent many years studiously preparing to not host a TV show, carefully doing nothing which might ready me for such a task so as to never give off the slightest signal that I might be good at it or want to do it. I had gone to journalism school, sure, but not done a single radio or television paper. I’d made sure that my occasional appearances on air were nervy or haphazard or otherwise flawed, and had reached the age of 37, when learning a new skill is essentially impossible.

Unfortunately all this had somehow passed Bridges by. He assured me that he knew who I was and what I had never done, but said that they still wanted me to give it a crack.”

Madeleine Chapman: ‘Were you saying no but not meaning no?’: On the tactics of Scott Kuggeleijn’s lawyer

Wait, what? There’s a connection between the pill and sex but there’s also a huge gap between being on the pill and wanting to have sex right now. Me wearing a helmet when I ride my bike doesn’t mean I plan to crash every day. And me telling someone I have health insurance doesn’t give them permission to punch me in the face, no matter how annoying I’ve been.”

Don Rowe: ‘The entirety of New Zealand is a national park’: the case for implementing a border fee

“AUT tourism lecturer Simon Milne told Radio NZ in May last year that research shows visitors are much more willing and happy to pay a border tax if you can show the money is going back into the resources they use, the environment they enjoy, and the culture that surrounds it. A brief scan of Givealittle would similarly indicate people are generally willing to spend cash to help out – how’s enjoying one of the most incredible natural landscapes on earth as a pledge reward? Top tier stuff, those Alps.”

Alex Casey: ‘There was no alternative voice’: A trans activist on how Family First used the Herald to target a trans teen

“This fear-mongering that transgender people are going to look under the wall or peep over the door is just absurd. I can’t speak for the other examples in Family First’s Ask Me First campaign, but I can speak for this one. Everybody was asked first. The school was fantastic in terms of talking to the community, sending emails and newsletters out and talking to anyone with concerns. Many people did came to me with concerns about how it would affect them. The answer, of course, is that it doesn’t affect you at all.”

Casey McPike: Rachel Smalley bodyshamed me and all I got was this lousy t-shirt

“I know some highly intelligent, confident and successful women. Some of them have fake breasts, and some of them don’t. Sure, it’s not a flawless, peer-reviewed scientific study, but I’d like to table my theory that the breasts do not maketh the woman. A core component of feminism is the right to freedom of choice. Implying that it’s anti-feminist for women to make decisions about their own bodies is about as anti-feminist as it gets.”

Alex Casey: Here is everything you need to know about our new Bachelor Zac Franich

“He doesn’t have a type of woman

‘I really don’t have a type; every woman has something special about them. I don’t want to go into this experience with a list of must-haves. I’m keeping an open mind and hope to find that spark with someone who shares some of my passions for travel, adventure, the ability to laugh and have fun.’

… but he knows exactly what he wants in a liquorice

‘I’d like someone who is passionate with a bit of drive and ambition. Bonus points if they like black liquorice (all good if not, more for me!)’ – Zac Franich, 2017.”

Emily Writes: Four things you can do when hate groups like Family First attack children

Read and share resources so you can educate ignorant hate monsters like Bob. If you’re cisgender (meaning you are the gender you were assigned at birth) listen to transgender, takatāpui and gender-diverse folks instead of talking over them. Once you know better you can do better.”