NZME journalist Georgina Campbell has created a new podcast about the #metoo movement. She speaks to Alex Braae about how media coverage of sexual harassment and abuse has changed in the months since the Weinstein stories broke

In the first episode of Speaking Secrets, a new podcast series about the Me Too movement, journalist Georgina Campbell talks about her own experiences. She went to Homegrown earlier this year, and during the Fat Freddy’s Drop set, she was groped repeatedly by a man standing behind her. And it wasn’t the first time something like that had happened to her, either – sexual assault of this type is shockingly, shamefully normalised. What was different about this experience is that for the first time, she turned around and confronted the groper directly.

“I’ve been groped loads of times, whether as a teenager at a concert, or a young woman out at bars, and I’ve never said anything. I’ve just ignored it and got on with my night,” said Campbell. “For whatever reason, I decided to say something. And then later I read a story on Stuff claiming that there was sexual misconduct at Homegrown, and I thought, what does that mean? I was groped, should I have reported that to the Police? I wasn’t sure.”

It’s a salient reminder, if it was needed, that the Me Too movement has not only changed media, but changed the people working in media, too. Talking about those experiences into a microphone was uncomfortable for Campbell, both on a personal level, and professionally. Reporters are trained, above all, to not insert themselves into a story, to maintain total neutrality. But is that necessarily possible when reporting on such a deeply embedded cultural issue?

She says she wanted to speak out about her own experiences, “because I think it helps people realise that it does, and can happen to anyone. It’s really interesting, those stories that I’ve shared from some of my experiences have really resonated with people. It’s already sparked massive conversations, people saying it happened to George, it happened to me too.”

It’s hard to avoid the conclusion that the Me Too movement would have been covered radically differently had it emerged a decade ago. Even though the phrase “Me Too” was coined in 2006, it wasn’t widely used until late last year, in the wake of celebrity abuse scandals centred around Harvey Weinstein. Perhaps it was because celebrities were saying it, but all of a sudden, women who spoke up were being believed, and reports reflected that.

It wasn’t so long ago that the Roastbusters scandal hit the headlines in New Zealand, and with it, stories of police indifference, disbelief and victim-blaming commentary. Willie Jackson and John Tamihere might have been the highest profile examples of this on their Radio Live show, but victim-blaming hasn’t exactly been an isolated sentiment in these sorts of cases. So why has Me Too been reported differently?

Yes, there have been criticisms of so-called “trial by media”, or of not following due process by funnelling all reports and accusations through the lens of police action. But underpinning the reports being made, as the Listener argued at the start of the year, is a reversal of fear. Previously, victims feared not being believed, or worse, if they spoke out. Now, abusers fear that they will be believed, and even if there aren’t legal consequences, there will be social consequences. It is telling that in 2016 when reports started to circulate widely about music blogger Andrew Tidball of sexually inappropriate behaviour, many of his supporters leapt to his defence.

One aspect of reporting on sexual harassment and assault that hasn’t changed, is an unwillingness for New Zealand media organisations to name names. To date, there have been a tiny number of published accusations in New Zealand since the start of the me too movement. The Spinoff reported accusations against the founders of Pavement magazine (which were responded to here) and Vice reported on accusations against prominent hacker Morgan Marquis-Boire. Newsroom reported accusations of systemic sexually inappropriate behaviour at law firm Russell McVeagh, but did not name the accused senior lawyers. Journalist Alison Mau has launched a project with Stuff that has promised to investigate tips, which has slowly started to publish investigations, such as this story about sexist bullying and harassment on a charity boat. There have also been accusations made against various men on social media, but by and large news organisations have steered clear. These stories are incredibly difficult to stand up on the record.

Georgina Campbell said she was confronted by this problem in making the Speaking Secrets series. In one of the future episodes, a man who was abused as a boy by a Marist brother at a Catholic school decides to speak out for the first time. But Campbell said despite the man being comfortable with his name being on the record, for legal reasons the NZ Herald decided they couldn’t name him, as the case is currently being investigated by police.

“That kind of hit the whole thing home for me,” said Campbell. “You’ve got to be so careful, you’ve got to stack everything up, and there are some details that you have to exclude because of how our justice system works. I don’t know if I have the answers for what we should be doing, but it’s really challenging.”

That’s a point picked up by Vice’s Tess McClure, who pointed out earlier this year that New Zealand’s defamation laws are incredibly strict – if a suit is taken against an accuser, then the accuser effectively has to prosecute the case against them. That means, in instances of accusations against powerful people, there will be a dramatic imbalance of resources.

Increasingly though, open secrets aren’t remaining secret. And as more stories emerge, Campbell says they need to be taken seriously, and that people need to carry on the conversations that emerge in their own lives.

“That’s going to allow more of a change from what we’ve seen in terms of speaking out. It’s never going to be easy, it doesn’t matter how far we get, it’s always going to be really difficult for survivors to do that. But I think we are going forwards, and more people will be encouraged to speak out.” 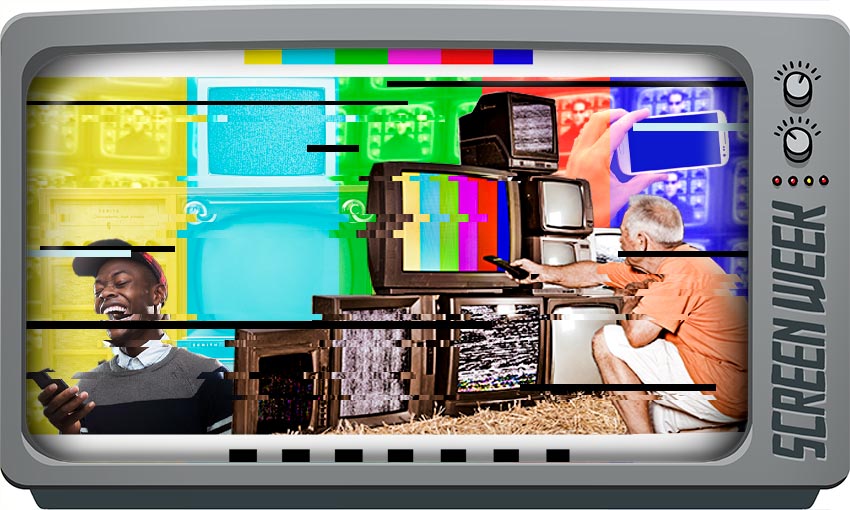 Why we’re dedicating an entire week to screens