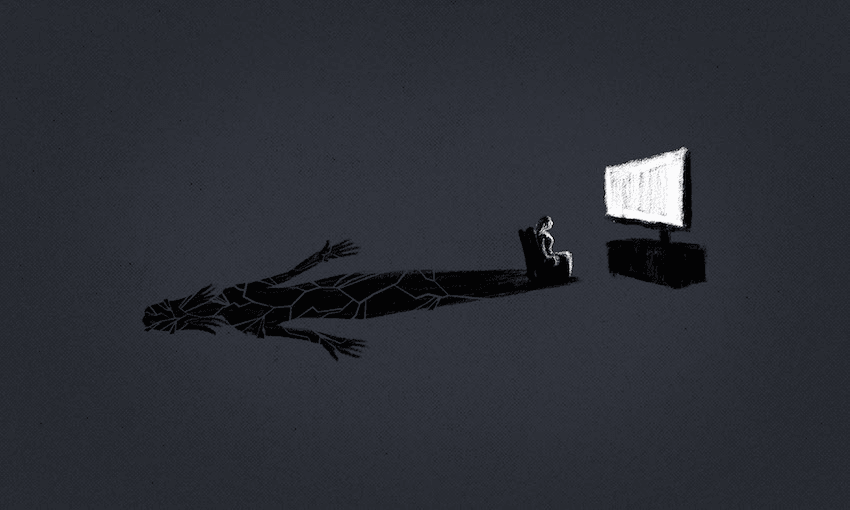 On Monday night, Joseph Parker, one of a group of young men investigated relating to alleged sexual offences, broke his silence, talking to Newshub five years after The Roast Busters scandal exploded. Many of his survivors were watching. Alex Casey sat down with one of them this week in her Auckland home. Appalled by Parker’s decision to return the traumatic episode to the public stage, she decided to tell her story for the first time.

Jihee Junn: Which social media influencer is the most (and least) influential of them all?

“According to one well-known specialist agency, $10,000 will buy you anywhere from seven to 20 posts from as many as 14 paid influencers. The variation in posts is said to differ from the quality of influencers a would-be client would choose from.

But how do you determine the ‘quality’ of an influencer? Is it to do with follower count? The number of likes? The amount of media coverage said influencer gets?

And who is the most influential?”

Sam Brooks: Then and now: Comparing the casts of Outrageous Fortune and Westside

“It’s rare to see a local television show that takes place outside of Ferndale create its own artistic canon, but that’s precisely what South Pacific Pictures has achieved with Outrageous Fortune and Westside, with the prequel now running for nearly as many seasons as its predecessor-slash-sequel. It has turned West Auckland from a mythical place that exists in wildly hyped news stories into a… mythical place where grandchildren look either exactly like their grandparents or wildly different from their actual parents.

With that in mind, let’s check in on who plays who in each of these shows, and how exactly they compare.”

Mike Metcalfe: The things you’ll notice when you give up alcohol after a lifetime of drinking

“Those mornings waking up with a roiling belly, half-lidded bloodshot eyes, and total and absolute fear for what the day might bring? The fear of knowing you have about 45 minutes before you need to arrive at your desk at your high powered job while smelling like a 19th century Irish poet? Anyone who drinks too much has been there.

I no longer experience that terror. Now I hop out of bed like man on a mission to save the world from certain destruction. I feel refreshed, awake and happy with the day ahead. I can actually get up at 6am and run on the beach without feeling like I am going to vomit on the ocean. My sexual prowess has gone from ‘5/10 – lost points for falling asleep twice’ to ‘9/10 – would sleep with again and recommend to others’.”

Sarah Bichan: Why are so many birth injuries not covered by ACC?

Some people have never heard of pelvic floor dysfunction (vaginal or bladder prolapse and damage to vaginal, perineal and anal tissue). Some have no idea about the intense pain and discomfort, bleeding, urinal and faecal incontinence issues women are facing every day due to their pregnancies and births. Carpal tunnel syndrome and repetitive strain injury leave parents suffering numbness, pain, loss of strength and difficulty lifting; pelvic rotation and tailbone injuries make normal movement difficult and sitting for prolonged periods painful; symphysis pubis dysfunction can cause back, pelvic and leg pain which becomes worse when parting your legs, walking, going up or down stairs or moving around in bed; separation of the midline abdominal muscles (diastasis recti) can result in lower back pain, constipation, urinary incontinence and difficulties with movement and breathing  … the list goes on.

And that’s just pregnancy and birth.”

Sam Brooks: Which returning 7pm news show made a stronger start to 2019?

“I’ve never watched a 7pm show that isn’t Shortland Street. It’s not a television hour for me; usually I’m playing video games, catching up on a non-news related TV show or pretending to want to write.

However! In 2019 I am moving securely out of my mid-20s into my late 20s, thanks to the slow march of time. That means I’m squarely in the demographic of people who have nothing better to do at 7pm, so why not start watching Seven Sharp and The Project?

Here’s my verdict on both our 7pm current affairs shows, as someone who has never before watched either.”

“Journalists and other public figures spent Wednesday expressing their sadness amid the news that Rob Hosking, a senior political reporter and wry commentator for the NBRand other news outlets, had died of cancer.

Rob, a former colleague, was arguably one of the country’s two or three leading columnists, an old-school bespectacled reporter with a first-class brain who came of professional age in the early 1980s and who would have jibbed mightily, for instance, at the word I just willfully misused.

“’Arguably’,” he would have said at one of our Wellington barhops over the decades, or to the many young journalists he mentored at various times in the Press Gallery, ‘means you don’t really know or you really don’t want to know. Not good enough.'”

Julia Amua Whaipooti: When Nathan Phillips stood up to white supremacy he stood up for our people, too

“The issue isn’t actually about the actions of these white, young, Catholic boys who attempted (and quite comfortably so) to silence a peaceful march and expression of culture. They are a product of a colonised world, where white supremacy is normalised. Chanting ‘build the wall’ to an indigenous elder as if indigenous people should be blocked from entering the land they come from expresses an ignorance that has been tolerated and nurtured forever. We do it here in Aotearoa too – you just need to read Stuff comments to see how New Zealanders are chanting their own version of ‘build the wall’ on the daily.

The truth is, we live in a world that forces us to exist in colonised spaces.'”

“Slid gently from a humble brown paper bag, the pastry of a Hikurangi Steak and Cheese is light, flaky, traditional, without veering into gluggy gas station territory. These are pies devoid of adornment – no poppy seeds nor mustard patterning. But that only belies the flavour inside.

The steak betwixt the crust retains depth, substance, weight. There’s no gristle, no grit, no golf balls of fat. This is steak like your grandfather ate it, just better. Gravy, to some an afterthought, takes centre stage. It’s thick, peppered, with considered viscosity.

Cheese, so often a tangy vinegar-plastic mistake, brings complexity to the steak, caressing it like a lover’s cheek. This is not your local bakery’s swill. There’s a playful intimacy here, where the flavours bounce off one another like playing tennis in the nude.”

“She bears responsibility for the needless stigmatising of state tenants, for disseminating false information about the alleged health risks of meth traces in housing and for the policy that put hundreds of tenants out of their homes and needlessly cost the taxpayer nearly $100 million. The damage dwarfed any good she’d done with Housing First.

It’s a record that makes it a bit rich for Bennett, in her opening statement in her new role, to accuse the current government of a “confused, contradictory” approach to drug policy. It was widely supposed that New Zealand First’s conservatism would stymie any attempt at reform by Labour ministers, but the reality is that the real conflict over drug reform is within the National caucus. Every single drug policy stance is a matter for negotiation between younger, more reform-minded members and a large, intensely conservative rump.”