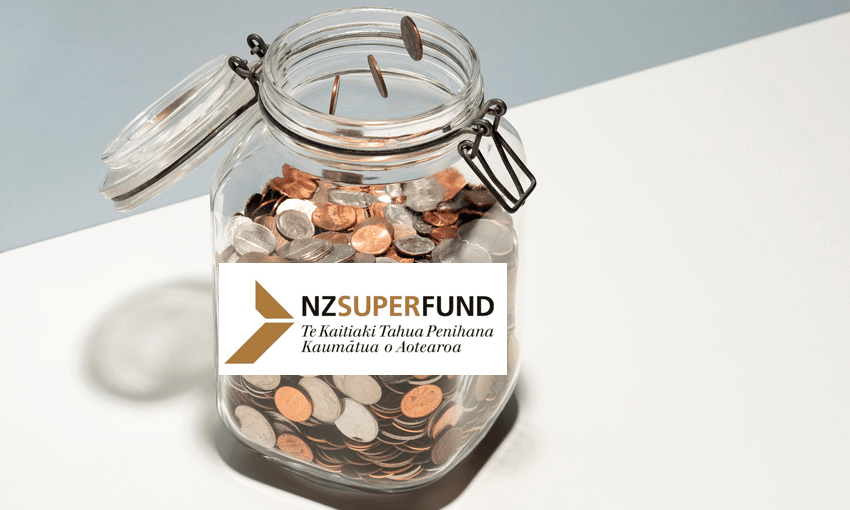 Is NZ Super sustainable? The truth is, economists don’t know

The debate around the affordability and value of NZ Super has flared up once again and many economists have given their two cents on the issue. But with so many variables and unknowns, it’s impossible to give a definitive answer, argues Jenesa Jeram.

Figures have recently been released showing that more than 30,000 people are earning over $100k while claiming NZ Super, and that doesn’t even include the income earned from KiwiSaver and other investments. As a cost to taxpayers, it adds up to over half a billion dollars a year.

That’s a decent amount of money going to the relatively well-off, considering its public money that could’ve otherwise been spent on other worthy initiatives such as addressing child poverty, supporting schools, or spending on healthcare and infrastructure.

So is it time to reform NZ Super? If you want a simple answer, don’t ask an economist.

This isn’t a new problem

The basis of New Zealand’s public pension system can be traced to the Old Age Pensions Act 1898 when the age of eligibility was 65, but was far from universal and based on a ‘good character’ test. Since its inception, there’s been disagreement regarding who should receive the pension.

Criticism centred around whether need or merit ought to be the predominant criterion for eligibility, where “poverty” (public money should go to those most in need) and “merit” (people have paid taxes all theirs lives and have “earned” this privilege) were seen as contradictory. The use of the term “pension” caused further controversy as some argued it was deliberately done to differentiate the payment from the more “shameful” beneficiaries of charity. That tension between poverty and merit still characterise many of the debates we see today.

The problem of redistribution to the relatively wealthy is also not new, and we’ve tried means-testing before. In more recent times, from 1985 to 1998, an NZ Super surcharge applied to other income earned by superannuitants so that amount of NZ Super received was abated. The effect of this meant that top income earners retained zero gross NZ Super.

Not only was the surcharge highly unpopular – especially by those who felt they were being penalised for being prudent about saving for retirement – it was also easy to avoid by transferring income into other sources such as family trusts.

Is the problem going to get worse?

The classic question posed to economists is whether NZ Super is sustainable in its current form. The truth is, there’s a lot we don’t know.

On the face of it, the future seems rather obvious: as the population ages there’ll be a lot more people claiming NZ Super and that’s going to cost the country, at the same time as the proportion of retirees grows faster than the working-age population.

The Treasury produces long-term fiscal projections that are oft-cited as a sign NZ Super is unaffordable. The latest figures published are from 2016 (with new figures expected soon) that show the gross cost of NZ Super rising to nearly 8% of nominal GDP by 2050. Once taxes are paid on NZ Super, that cost reduces to 6.7%. These figures are based on a historical spending scenario, and show what could happen if demographics change (the population ages) but taxes and other spending remain constant.

But there’s a lot we don’t know yet that could change those figures. Government responsiveness to debt, tax revenue collected (including taxes paid by superannuitants), and economic growth are all variables that can affect how well the fiscal books can cope with the cost of NZ Super. In fact, economists Christopher Ball, John Creedy and Grant Scobie looked at the role of uncertainty in long-term fiscal modelling and found large variations in the debt-to-GDP ratio by 2053 depending on variabilities in productivity growth, the world interest rate, and growth of per capita public expenditure (such as in health, education, and ‘other social expenditure’).

And yet, there’s reason for optimism. As a percentage of GDP, NZ Super is lower than most OECD countries (notwithstanding differences in differing demographics and rates of population ageing). Even by 2050, the projected costs of NZ Super are the same or lower than what many countries are paying today. Some countries are struggling under the fiscal strain, but others often attract acclaim for their pensions.

Are there better ways to spend the money?

The future ‘affordability’ of NZ Super is a bit of a misnomer – anything can technically be affordable if the right sacrifices are made. Another question that economists get asked is whether, regardless of future costs, NZ Super is good value for money.

The high-level opportunity cost is rather clear: some of the money spent on rich people claiming NZ Super could be redistributed to those most in need. Economists of various stripes seem to agree on this point, from libertarian Eric Crampton to welfare and poverty advocate Susan St John.

And yet, there are trade-offs that need to be considered in order to conclude what reforms to NZ Super are most appropriate, and whether those reforms are worth messing with a system that’s performing relatively well.

After all, New Zealand is one of the few countries who offer a universal non-means-tested pension, payable from the age of 65 until death. It’s relatively cheap, doesn’t distort incentives as much as other systems, is efficient, and the material hardship rates for the elderly are one of the lowest compared to European countries. It would be a shame to break a good system.

On the other hand, it’s ill-suited to offering extra help to those who need it. The pension age hasn’t adapted to changes in average life and health expectancy, and it’ll become more expensive if there are gains in productivity and average wages rise (NZ Super is indexed to the average wage). The system could be better.

But getting the policy settings wrong could also be costly. Raising the pension age without addressing the needs of disadvantaged groups (those who can’t work the extra years or have lower life expectancies) can increase inequities. Means-testing – either via income or raising taxes for high-earners – can disincentivise otherwise productive activities (such as work or saving) and incentivise earning at or close to the margin (or rearranging finances). And re-indexing NZ Super to inflation only, rather than average wages and inflation, would ensure superannuitants have access to a constant bundle of goods, but would not provide for the enhanced benefits from productivity growth.

These challenges are not insurmountable, but they do illustrate the complexities associated with doing no harm.

The debates around the purpose of NZ Super and who should be able to access it have been going on since its inception. Economists can point out the trade-offs, but it’s ultimately up to the public on how these trade-offs should be weighed. Getting public buy-in for policy reforms is one way of ensuring policy survival when there are changes in government.

But there’s reason for hope: we’re already having the conversation on whether universal NZ Super is a justifiable use of taxpayers’ money, and whether the redistributive effects are appropriate.

And there are changes that can be signalled today that can minimise harm by giving plenty of advanced warning to give people time to adjust, and compensating those disproportionately disadvantaged by change. I’ve previously suggested there are ways of raising the pension age and re-indexing NZ Super to achieve just that. That window of opportunity is open but will narrow as the population ages and becomes reliant on NZ Super.

By all means, keep asking economists whether NZ Super is sustainable and whether it’s good value for money. But it’s well worth engaging younger generations in this conversation too, and understanding how we’re willing to weigh those trade-offs.

After all, it’s younger generations who’ll pay for the costs of action or inaction.

Jenesa Jeram is the author of the report Embracing a Super model: The superannuation sky is not falling.