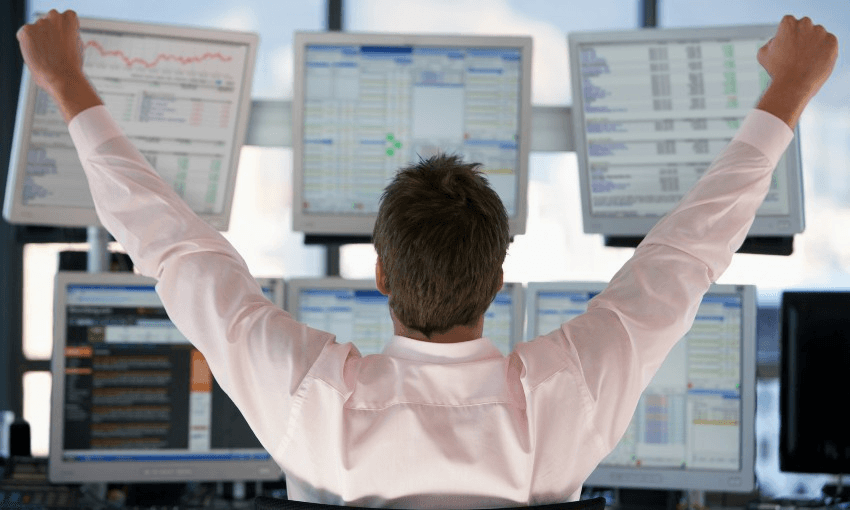 Meet the day traders playing by their own investing rules

Day trading is firmly discouraged by New Zealand regulators, investment platforms and financial experts. But these maverick investors are doing it all the same, reports Dan Brunskill for BusinessDesk.

“My emotions kicked in, I opened up a really large position and made a $20,000 loss in one hour, between 4am and 5am, sitting by myself in the dark,” he told BusinessDesk. “It was a huge blow, and I thought to myself: ‘Shit, trading is not for me.’”

But Singh, now 28, didn’t quit. He says day trading was like learning an extreme sport: you’ve going to have to accept some big wipe-outs before you master the skills. The self-described “two-time university drop-out” now owns a café in Hamilton and still trades on the New Zealand share market frequently, never holding a position for more than two weeks. This puts him in a tiny minority of investors who the Financial Markets Authority consider “day traders”.

The survey was made up of investors from Sharesies, InvestNow, Hatch and the NZ Shareholders’ Association. All these platforms put heavy emphasis on buy and hold investment styles, so it could under-represent the total number of speculative traders.

FMA chief executive, Rob Everett, himself threw some suspicion on whether the 2% day traders proportion was an accurate number. “I don’t know what the real stat is,” Everett said in a speech following the survey. Hatch general manager, Kristen Lunman, also told BusinessDesk she was relieved to see such a low number in the survey because she had been worried it would be much higher.

Day trading has been firmly discouraged by regulators, the investment platforms and financial advice experts, so survey respondents may have been unwilling to admit to it. Singh said day trading has a bad name because it has such a high failure rate, but it gets unfairly demonised for those who have the discipline to do it well. “If anyone talks about short-term trading, they probably think you’re an idiot because you just lose money,” he said.

Traders have to follow a careful strategy, selling out quickly if a stock starts to fall and taking a profit as soon as possible – even if the stock keeps going up. In the New Zealand market, volumes are usually too light to start and finish a trade in a single day, so Singh does “swing trading”, where you hold a position for several days or even a week.

When you’re trading positions on price action, underlying business fundamentals are completely ignored. Singh only looks at data like the volume of buy and sell orders in the market. “The traders that make money are the ones who are patient and wait for an opportunity to present itself on the charts,” he says.

Not a reliable income

But since you can only make money when there are good trading opportunities, most day traders need to have another source of more reliable cash flow. Singh also owns a cafe, sells trading education materials and does coaching. The coaching part of the business is small – he’s only had nine paying clients so far.

The FMA survey classed 20% – or more than 200,000 investors – as “speculators”: investors who consider online investing as a significant part of their wealth strategy and focus on timing the market. “Speculators are younger and are more willing to risk what they have now, because they think if they have a significant loss they have time to make it up in the future,” the survey found.

More than a third of survey respondents said one reason they were using an investment platform was to have fun. “Speculators enjoy the feeling that investing brings, particularly the upsides of seeing returns and the fruits of their investments. They are quite focused on ‘money’ and see investing as a way of making it,” the research found. Among this group, the vast majority said their platform investments were the main part of their portfolio. About 60% of their net worth was in self-selected risk assets, with the rest in a combination of savings and KiwiSaver.

Will Scott-Rodriquez fits into this category. The 21-year-old Aucklander works in marketing and runs Queen Street Bets, an Instagram account that posts memes about finance. He was part of an early Sharesies trial when it launched in 2017, but only had a few hundred dollars invested before the Covid pandemic hit. “Then I was stuck at home and thought I’d see what I could do it with,” he told BusinessDesk. Scott-Rodriquez would be better described as a “very active investor”, rather than as a “day trader”.

He invests roughly 60% of his income each fortnight via an automatic payment and checks his portfolio every morning. While he makes frequent changes, he generally holds each position for much longer than Shammy Singh. Scott-Rodriquez says it’s hard to trade without the tools that give people in the United States easy access to leveraged trading options that amplify both risk and reward. “There’s a reason why day trading is not a big thing in New Zealand. It’s incredibly hard to do,” he says.

Australian trading platform Stake is the weapon of choice among Scott-Rodriquez and his friends, because it doesn’t charge transaction fees. He says the golden rule will always be that “time in the market beats timing the market” but that people should have the freedom to have some fun with investing if they want to. “I enjoy speculating on things. Sometimes I do day trades, when I’ve got nothing to do I buy one day, sell the next day, and get a few percent gain,” he said.

It can go the other way though. One US stock he bought was hit with a fraud investigation, which caused its share price to halve overnight. Scott-Rodriquez is still holding that stock, hoping it recovers when the investigation’s over.

Counterintuitively, Shammy Singh finds the idea of buy and hold investing too stressful because the portfolio weighs constantly on his mind. “Let’s say you got like $10,000 in your bank account right now, you’re not stressing about it because it’s cash,” he says. “But if you had invested that in Air New Zealand at $1.50 and it fell to $1.20 you still have that stress on your mind, thinking, ‘Is it ever going to come back up?’”