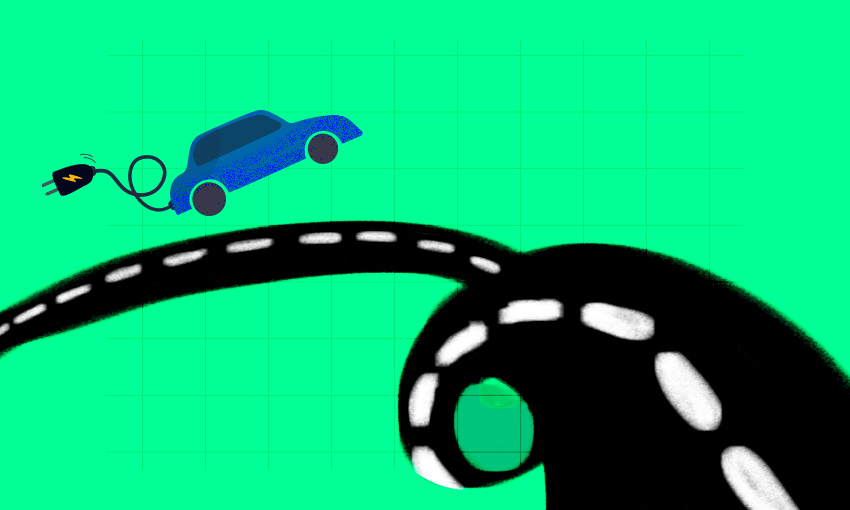 Cleaner, greener cars are finally on their way to our roads. But at what price?

Emissions from imported vehicles may plummet as the government introduces new vehicle emissions standards. Some have called the policy the most significant step to reducing the country’s greenhouse emissions yet, while others claim it’s another tax that will do little for the environment. Who is right?

Two months after the government brought in the feebate scheme to encourage more EVs and penalise ute-buyers, another arguably more significant policy is making its way through parliament.

This month the government introduced a bill that forms the other prong in its plan to tackle high-polluting vehicles. Dubbed the “clean car standard”, this could massively reduce the emissions of imported vehicles by effectively setting a declining cap on emissions from the imported fleet.

Initially, the move garnered little attention. But the rumbling has begun. Last week the Motor Industry Association (MIA) said the standards could push up the price of vehicles by up to 20%, while the Act Party has labelled it “virtue signalling nonsense that will see the government once again raiding Kiwis’ back pockets”. It claims the policy “will fail to reduce a single gram of emissions” and amounts to a new 20% tax on vehicles. But proponents claim it is an overdue step to clamp down on the country’s fastest growing source of emissions.

So will the new standard increase the price of vehicles without reducing emissions, or is it a crucial step in combating climate change?

First of all, the problem: New Zealand’s transport emissions are among the highest in the world per capita. The sector is the second biggest contributor to our greenhouse emissions after agriculture, accounting for 20% of all emissions. Most of that (67%) comes from light vehicles – cars, utes vans etc. Transport has also been our fastest growing source of emissions, and this is almost entirely down to light vehicles. Between 1990 and 2017, road transport emissions increased by 93%, compared with 23% across the economy.

A lot of this comes down to the fact that our cars cause more pollution than cars in other countries. According to a government report, on average, our light vehicles emit 171 grams of CO2 per kilometre (g/km) compared with 105 g/km in Europe.

Multiple investigations (including from the Productivity Commission and the Interim Climate Change Commission) have called for the country to introduce emissions standards to ensure the cars we import get better over time, not worse. Most countries have emissions standards. In the OECD, only two countries don’t have them – New Zealand and Russia. This has led to fears that New Zealand could become a dumping ground for dirty vehicles. There is evidence this is already happening. The Productivity Commission found New Zealand’s most efficient top-selling vehicles had 21% higher emissions than in the UK.

But New Zealand is now on the cusp of introducing emissions standards. The standards were initially proposed in 2019 by the previous Labour-coalition government, but were scuttled a year later by NZ First. However, this year the Labour government resurrected the policy and a law change to bring in vehicle emissions standards was introduced to parliament on September 8.

So what are emissions standards and how will they work?

The standards will apply to both used and new imported vehicles and sets annual targets for the average emissions of the imported vehicle fleet. The targets apply to each importer, so if an importer’s vehicles exceed the target on average then they pay a fee for every gram of CO2 they’re over. If they’re under the target then they can “bank” the savings to use another year, or sell them to another dealer.

Essentially, it punishes importers for bringing in high-polluting vehicles and incentivises them to bring in more low-emitters. It could also add an extra fee to high emitting vehicles, on top of the fees imposed by the feebate scheme. If an importer misses the target, they would likely pass on the fee to consumers and, in theory, this would go onto the higher emitting vehicles that led to the fee in the first place. On the other hand, EV dealers can cash in by on-selling their credits. But it’s important to note that the targets only apply to the average emissions of the importer’s vehicle fleet – they can still import high-emitting vehicles, these just need to be balanced by low-emitting vehicles.

The concept of emissions standards appears to have broad support – including from the Motor Industry Association – and during consultation 86% of submissions supported it. But the targets ramp up each year and it’s the speed of this increase and the level of the fee that is the main contention.

Getting the policy right is a fine balance. A cabinet paper on the policy says if the targets are too aggressive, they “could reduce the range of vehicles available, increase prices, and reduce the number of vehicle suppliers”. On the other hand, if the targets are too lax it “would risk New Zealand continuing to be a dumping ground for the world’s higher emitting vehicles”.

The targets proposed by the government are towards the aggressive end. They would completely change the make-up of the future fleet and would bring us in line with vehicle emissions in Europe and Japan by the end of the decade. But because we are so far behind, we’re going to have to reduce emissions rapidly to catch up. The government’s emissions targets for 2025 were already achieved in Japan in 2014 and in Europe in 2020.

New Zealand’s targets would be introduced in 2023 and require the average emissions from the imported fleet to more than halve in four years, going from the current 171g/km per vehicle down to 145g/km by 2023 for most cars and 63.3g/km by 2027.

The cabinet paper concedes the targets will be very challenging to meet and the Motor Industry Association (MIA) wants to see the 2025 target pushed out to 2030. But others argue the targets are necessary if New Zealand is going to meet its climate change targets and finally deal to the goliath of our transport emissions.

MIA chief executive David Crawford says he supports the concept of the scheme, but the industry simply won’t be able to import enough low emitting vehicles to keep up with the targets. That will mean most importers will be slapped with a fee, which will be passed on to consumers.

“The targets mean the rate of emissions reductions is 40% between now and 2025 and another 43% between 2025 and 2027. We’ve got no hope of being able to swap our vehicle fleet out to meet that. That means it penalises probably 90% of the industry, which suggests the settings are seriously wrong.”

He says that’s because New Zealand’s import market is tied to Australia’s and they have far more relaxed emissions targets, so it is unlikely we’ll be able to get enough low-emitting vehicles required to meet the target.

“It’s a question of being able to get the cars. We can adapt in time, it’s just a matter of how fast we can do it.”

The MIA estimates the fees incurred from missing the targets will mean the price of vehicles could go up by 15 to 20% – some may target the fees to high-polluting vehicles, but he says some may put up prices across the board.

“Early indications are that by 2025 some importers will be paying penalties which are about three or four times their annual profit. The only way to offset that is to not bring those [high-emitting] vehicles in and reduce vehicle choice, or put the price of those vehicles up.”

But others aren’t convinced that New Zealand can’t import the vehicles required and say that adding costs to high-emitting vehicles isn’t such a bad thing.

Professor Dave Frame is director of the New Zealand Climate Change Research Institute and says the policy is overdue.

“We are just trying to converge with best practice overseas. While it may add a financial cost to new vehicles, that cost is just reflecting part of the externality that those vehicles are causing.”

He says the timing will be tough to meet, but businesses can apply for exemptions.

“It’s always going to be a tough call but it’s good they’re trying to get on with it. I’m sure it will be a challenge for some dealers, but I think it’s reasonable.”

“I think it’s brilliant. I think this is one of the most significant climate policies the government has developed and it’s amazing they’re about to achieve it.

“We’re going from complete open slather, which is what we’ve had since the late 1980s, to actually regulating vehicle emissions for the first time. That’s very significant.”

He says the industry will be able to meet the targets – it will just mean selling fewer high-polluting vehicles.

“They can put up the price of high emitting vehicles and then they won’t sell so many. What they are really saying is they don’t want total sales to reduce… They’ve been fighting fuel efficiency standards for years. We would have introduced standards in 2009 if they hadn’t opposed it at that point. Now we have a much more difficult challenge.”

Without stopping high-polluting cars entering the country – cars that will likely be on our roads for about two decades – it will also be very challenging to meet our emissions targets, he says.

Perhaps what’s most significant is that after decades of dilly-dallying, there seems to be broad agreement to address the taboo of transport emissions and finally bring in standards. The law change is still to go through select committee, where the debate, no doubt, will continue.