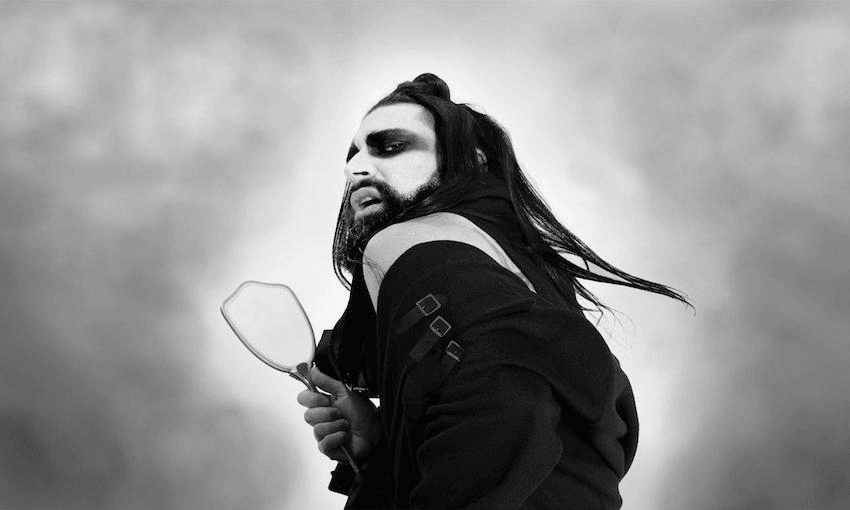 Dudley had wanted to record a version of ‘Kennedy’ for quite a while, but he also had some very particular ideas in mind which meant we needed to wait for certain stars to align. In 2015 we recorded the Dunedin Symphony Orchestra performing his next album, Zealandia, over one weekend.

Dudley had put together an arrangement of ‘Kennedy’, with the plan that if there was enough time at the end of the session, we’d record it. We ended up having about 30 minutes and got it. Dudley developed the song for a good year after that and felt it would work to share it in 2018, in the lead-up to his next album, Zealandia – which also happened to be thirty years since Shona released the song.

I first heard Dudley’s version in its later stages and agreed that there was an opportunity to visualise the song, so he marinaded on ideas for a while and brought me in when he was ready. Dudley’s concept was pretty simple, and one that he approaches quite a bit on Zealandia – that colonialism, and its impact, has an echo. So we wanted to create a place and moment that exists in a kind of timeless vacuum, featuring figures that represent power, hierarchy, and dominance, each triggering one another.

We worked with Dunedin’s historic home Olveston House to film over three nights, and with iconic fashion label Nom*d, Dudley styled the three other performers in the video: dancers Ali East and Kate Avery, and a person who wishes to remain anonymous.

As a producer, the challenges for me were mostly based around the crew and performers working in an environment that was incredibly delicate and valuable. Olveston is a stunningly opulent place and so well cared-for, so naturally, we had to be regimented in how we operated there: everyone walking very slowly all the time, working with Olveston staff to move anything, filming only for three hours a night, and generally being super organised.

Phoebe Lysbeth Kay was our other main collaborator on this project. Phoebe is an interdisciplinary artist and videographer based in Dunedin, and she understood what Dudley and I wanted to achieve straight away. I occasionally sat in on some of Phoebe and Dudley’s editing sessions, and a lot of their discussion was based on the cinematography of the recent Twin Peaks revival. They’re both huge fans, and visually were inspired by the black &amp; white scenes set in the White Lodge.

So everything we planned for – from costume to lighting to where we placed the performers – was with our grading in mind. While Dudley’s had his head down over the last eight years working on Zealandia, we’ve slowly been shooting videos for the album. We’re pretty excited at how visual the project has become and that the time for sharing them begins with ‘(Glad I’m) Not a Kennedy’.