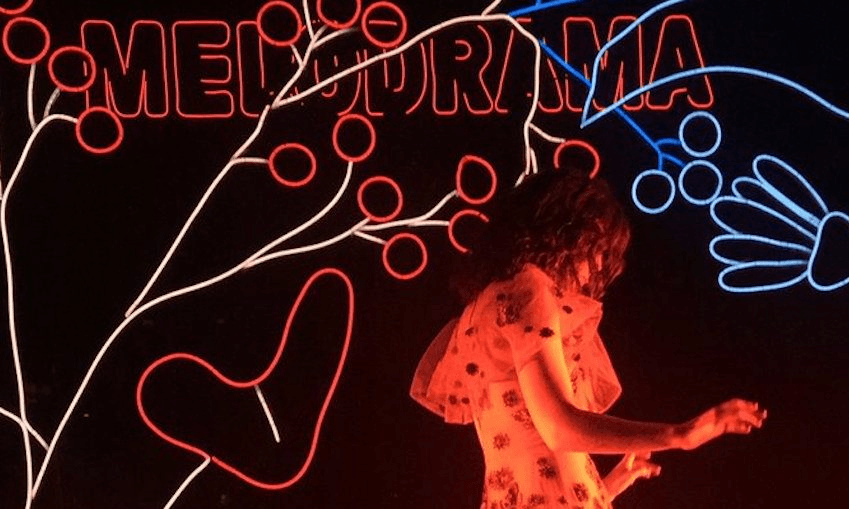 ‘You’re my number 1’: A mother and daughter go to Lorde’s show in Auckland

Tamsyn Matchett and her Lorde-obsessed eight-year-old daughter Ruby review Lorde’s show at the Bruce Mason Theatre in Takapuna, on 12 November. (Plus: Ruby’s letter to Lorde.)

Ruby is eight years young and affectionately known as “Spawn”. She loves music, specifically Lorde, Michael Jackson and R.E.M, and often asks me if I can invite Lorde to the movies. Ruby has been obsessed with Lorde since the release of Pure Heroine in 2013, an album I have heard so many times I feel as though I might not ever need to hear it again. I have always maintained I would expose my child to the world of live music young, in the hope that she might become as crazed about music as I am. So when Lorde’s Melodrama tour was announced earlier in the year, I knew this would be the perfect opportunity to share that obsession with my child.

It wasn’t just Lorde’s music – Ruby also fell in love with her persona, her image, and that Ella was once, like her, a Kiwi kid growing up on Auckland’s North Shore. It was fitting then that her first Lorde sighting would be in Takapuna’s Bruce Mason Theatre, the same venue where Ella cut her performance teeth during her time at Takapuna Grammar.

Despite all the melodrama surrounding the last minute venue change, we were fully prepared for our Sunday late-night adventure. Ever driven by rules and being more organised than her mother, Ruby advised me of our schedule:

It was hard to break it down to an eight-year-old super fan that Lorde wasn’t going to meet us at the door or invite us over for a sleepover after the show but the decent spread at the merchandise table helped to soften the blow.

Unsurprisingly, Lorde’s merch was some of the best I have seen – well designed and great quality, which helps when you are a parent dropping large amounts of cash on items that will probably end up at the school’s lost and found.

With trepidation, Ruby followed me into the dark theatre as support act Drax Project filled the space with ominous BBQ reggae. The thumping bass was enough of a deterrent to send her running back out of the theatre, eyes filled with tears and hands cupped over her ears. Thank goodness for the kindly security guards who approached us with a smile and a packet of foam earplugs.

At the same time, several other parents were scattered about attempting to squish tiny earplugs into even tinier ears. So we spent most of Drax Project building up some confidence to re-enter the theatre by way of smashing Pringles and ice cream simultaneously.

Eventually, we found ourselves in a great position at the front of one of three slightly tiered balconies at the back of what would usually be the stalls. The change in venue turned out to be a blessing for those in the audience under five feet tall. With all the chairs removed, there was enough space to provide a decent view for all ages.

Surrounded by other parents and children, there was a sense of safety and contentment I haven’t experienced at a gig before, to the extent that small babes were falling asleep in their parents’ arms all around us.

The wait for Lorde was relatively short by comparison but felt like an eternity to a small person at 9.30pm on a Sunday night. Whatever your perspective on time, it was certainly worth it. From the first note of ‘Homemade Dynamite’, I knew this was special and so did the eight-year-old joyously dancing unabashedly in front of me. In fact, mid-way through the following track, ‘Magnets’, she was enjoying herself so much the orange earplugs got thrown to the ground mid-boogie.

With clever use of moveable pieces of illuminated art, the stage changed shape throughout the three-act concert. The lighting effect was especially magical during ‘Liability’, Ruby’s personal favourite, a touching ballad that was delivered with soul.

Flanked by two dancers, Lorde’s movement across the stage throughout was on point. So much so I noticed the small humans all around me in a chorus of Lorde-like choreography. The band, consisting of two synth/keys players and a drummer, never missed a beat, seamlessly weaving the pre-recorded tracks into the mix.

Ruby’s face lit up each time Lorde spoke. That feeling of knowing someone despite having never met them was evident across her face. Lorde was her friend and inspiration and she was speaking directly to her.

Fan favourites ‘Tennis Court’, ‘Royals’, ‘Green Light’ and ‘Super Cut’ had the crowd singing/screaming along at a deafening level. Surprisingly, my favourite moment came from a song I thought I would never enjoy hearing again. Cradling my tiny human, we danced together (and maybe I almost cried) singing ‘Team’ to one another.

‘Buzzcut Season’, ‘Sober’, ‘Perfect Places’ and ‘A World Alone’ were perfect reflections and a tribute to how far Lorde has come. The one song Ruby was left longing for was inevitably the finale. ‘Green Light’ is a perfect pop song, and seeing her perform the anthem live as confetti sprayed across the crowd was mesmerising. It was evident these tunes had some impact when, at 11.30pm the same night, my eight year old begged me to put Melodrama on repeat as she drifted off to sleep.

The impact of seeing your idol, our very own Bowie-like creature, in a theatre down the road from your house will hopefully live with Ruby forever. As a parent, it was a complete privilege to witness that moment. I might think I have an idea of what it meant to her, but only she will understand what it truly means. So why not leave the final words to her, with this letter she penned to Ella straight after the gig.

My name is Ruby my mum’s name is Tamsyn and last night we went to your show.

I loved your outfits last night. My favourite one was the black sparkling pants at the start ????.

You’re my number 1 and one day I would like to meet you.