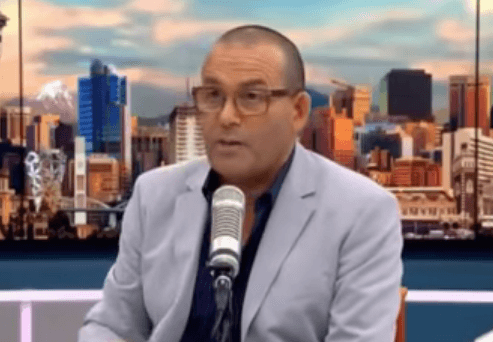 This morning the NBR reported that Paul Henry had gone on an angry rant at the wrong person. Criticising John Drinnan as the “man of evil words” for reporting that Paul Henry has been out-rated by Sesame Street, Paul recounted his discovering the article in a Robert Harris in Tokoroa:

“Luckily though, Maria Tutaia was on the opposite page in her undies and so I thought who’s even going to see the hideous John Drinnan story about me and Big Bird – because Maria’s distracting me.“

Unfortunately, Henry targeted the wrong journalist, who was in fact Ricardo Simich from the Spy section. Luckily, nobody will even notice because of the sexy Maria Tutaia image. Luckily too, this is nowhere near the first time Paul has creepily discussed his ongoing physical obsession with the Silver Fern.

Watch Paul Henry do what he’s paid to do below: