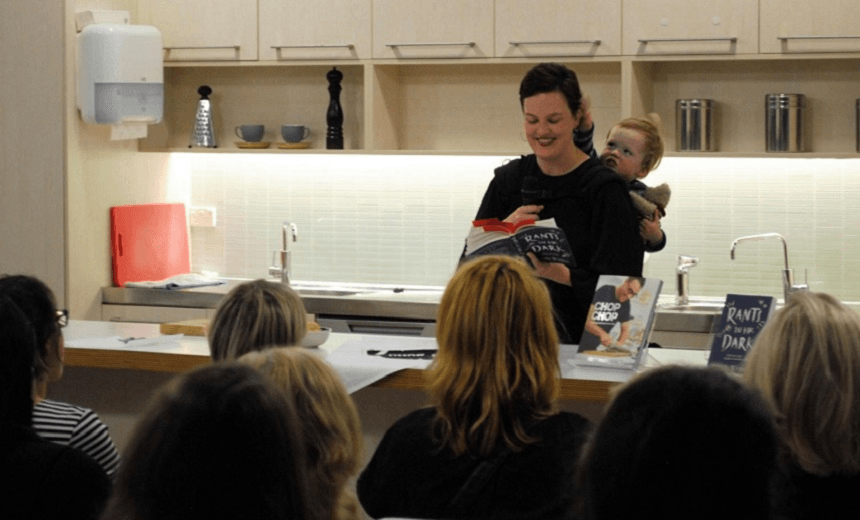 Working mothers make great employees, so stop being an asshole about them

Jacinda Ardern’s plan to be both PM and a mum has prompted shrieks of outrage from some. What better example of the prejudice that many mums face when they go back to work, writes journalist and mother of two Sarah Stewart.

To illustrate this story we have used photos of the author-mums who write for The Spinoff Parents, and other mums who work outside the home.

Babies. They’ll melt your heart and stretch your body. Few would disagree with that. But suck the IQ from your brain cells? It’s a frighteningly common insinuation. So on behalf of many working mums, I want to argue that growing a baby doesn’t shrink your mind.

Recently I wrote a story about pharmaceuticals and used the more common word ‘drugs’.’ A PR man wrote an email to my boss, explaining the industry prefers ‘medicines’. Then he felt the need to add this doozy: “But all OK we completely understand as Sarah is on maternity leave and juggling life as a new mum.”

Actually, this is not “all OK”.

It is completely patronising.

I would have used the same conversational language whether I’d given birth or not. It wasn’t a silly slip-up because I am a mother. Sure, my beloved child – awake from her nap early, covered in banana and trying to vault out of her high chair – did her best to derail my interview with the CEO but I managed to maintain an adult conversation, asked appropriate questions and wrote a piece you otherwise described as “fantastic”. All this on no more than four hours sleep straight for A YEAR. Comments like this belittle working mums, when they should be given giant bouquets for doing their jobs while keeping a small person alive.

If only it was an isolated example. One high-flying friend was told by her employer she needed to choose between her child and her job as it seemed her “priorities had changed”.

No shit, bossman. She grew a human.

Surely there’s something wrong if that’s not more important than your company. But yes, it meant she had to walk out the door at 5.30pm so she could hold her daughter for half an hour before she went to bed.

Your failure to support her made her quit.

When I told work I was pregnant with my first child, someone up the food chain was overheard exclaiming “Oh that’s my worst nightmare! She was doing really well…” It made me wonder if the career I loved was over. My marvellous boss, also a mother, didn’t see it like that. “Whatever you need, I’ll make it work,” she said. And it did work, because she gave me what working parents need most (after coffee): flexibility. In exchange, I worked my ass off.

A recent report found women in flexible work are the most productive members of the workforce. Sure, we might use a bit of work time to revel in adult conversation, hot coffee, and a loo visit without a kid sitting on our knee. But when you’re paying the GDP of a small country to guiltily leave your child in daycare, you want your work to count.

Frankly, we should expect nothing less. Having a baby is hardly unusual. And studies have found being a mum makes you better at your job.

Personally my CV could now state that I’m an amateur teacher, nurse and interpretive dancer. A highly skilled multi-tasker and master negotiator who is working towards a PhD in the art of conflict resolution. As they say, “hell hath no fury like a toddler who has been given toast when they asked for toast.”

One news boss memorably told me that no matter what shit hit the fan at work, getting his children out the door in the morning was always the hardest part of his day.

Sure, the early days with wee ones are bloody difficult, and some days it’s hard to give anything 100%. But please remember those of us who go back to work have the same talent, smarts and ambition as we did before. In fact, many of us now have even more.

You might even find Jacinda is a better PM for being a mother. Just you wait.

Sarah Stewart is a freelance journalist, former TV reporter, and mum of two little girls. One day she hopes to get a full night’s sleep.

This content is entirely funded by Flick, New Zealand’s fairest power deal. In the past year, their customers saved $320 on average, which pays for a heap of coffee. Please support us by switching to them right now!