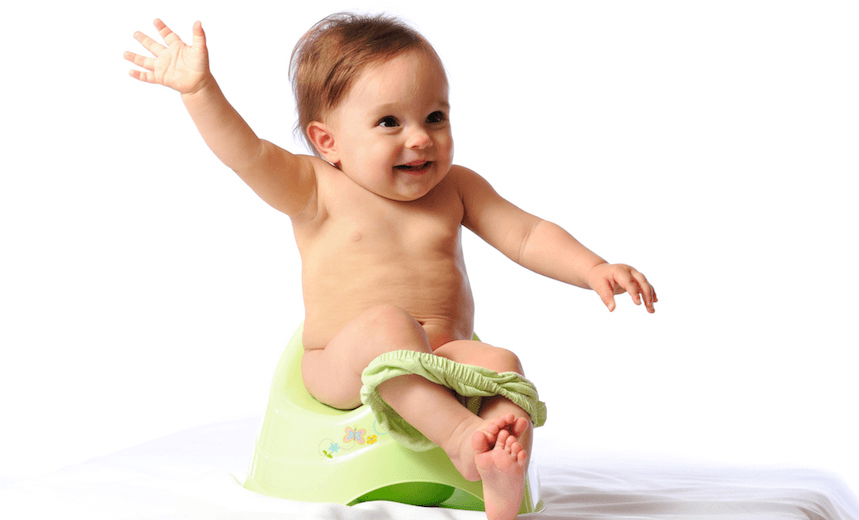 Huggies NZ just published a ‘helpful’ guide to toilet training for ‘girls‘ and ‘boys‘ and got a hell of a response to it. Angela Cuming hits back at the silly manual that seems like it’s straight out of the 1950s.

I just wanted to drop you a line to say thank you for helping me toilet train my son, Charlie.

He’s three and a half and I’ve been trying to get him to use a ”big boy toilet” as you call them for a wee while now, but with not much luck.

Here I was, about to go all crazy and just let him do things at his own speed, in his own time, and not get all anxious and worked up about it, when I came across your super helpful and informative guide, ”Toilet Training for Boys”.

And thank goodness I did, because boy had I got things wrong!

For instance, I didn’t realise that boys are so competitive. ”Boys are traditionally more competitive than girls”, you say, so I guess it must be true.

Of course, Charlie’s never seemed to want to be the fastest or the quickest and he never tries to outdo his two little brothers on anything really (except maybe for our impromptu Bruno Mars ‘Uptown Funk’ dance-offs on the beds) but now I see the error of my ways.

As Charlie has a penis and so, as you say, is a boy, he must be – no is – competitive, I intend to turn his toilet training into one big steaming pissing contest. Because surely that is the absolute best way to help a little kid nervous about toilet time get over their anxiety. Good stuff!

I also noted with interest that you believe that, given his gender, Charlie must love superheros and to incorporate that into my toilet training routine.

This may be a little difficult as Charlie wouldn’t know Spiderman or Batman if he tripped over them in the street. But I’m sure that’s simply down to my crushing of his emerging masculinity by not having them on in favour of other shows he only pretends to like such as Peppa Pig and Princess Sofia the First.

Thinking about it though, he does watch the original Thunderbirds. I suppose his interest in Lady Penelope and Tin-Tin is part of some elaborate ruse and he really is just interested in watching the Men of Tracy Island do Superhero Men Stuff like blow up rockets and things.

I will also follow your advice and be ”positive and clear” with my advice to Charlie because, as you helpfully point out, ”boys respond best to direct instructions”.

Although, to be fair, again, Charlie is a boy and I can be very clear and direct and tell him ”Charlie, please sit on the toilet” and he will still look at me then run over to the little bed he’s made for his toy stuffed cat and then ask to watch Emma Wiggle do ballet.

And, dear Huggies, it’s a good thing I don’t have any daughters to toilet train because I just don’t seem to have any story books about princesses on hand to read to her. That’s one of your amazing super helpful tips for potty training girls. As you say, they love stories about princesses! If that doesn’t help, parents can always pop their little girl’s favourite teddy on the toilet to help their own little princess learn to poop in the loo. Why only girls like teddy bears is news to me – and my three little boys for that matter – but you guys are the experts and us parents have clearly got it terribly wrong.

I noted with interest your tips about helping, too: “Little girls, more so than boys, love to know when they’ve been helpful.”

Now of course that doesn’t explain the approximately 6473 billion times a day Charlie runs after me squealing “I want to help mama, I am helping mama, let me help you with that washing mama, I love to help.” But, again, I’ll take your advice on board and when Charlie next veers from his gender norm like that I will march him outside and get him to race his brothers around the clothesline while their mummy is a good grown up girl and hangs out their laundry. Girls love to help, after all.

Or, given the fact I rather like my three little boys just as they are and I am happy for them to do what makes them happy and let them be themselves: I may just IGNORE YOUR FREAKING BULLSHIT SEXIST ADVICE AND BE HAPPY KNOWING CHARLIE WILL SIT ON A GODDAMN TOILET WHEN HE IS GOOD AND READY.

Our children will inherit a world from us that is full of hurtful gender stereotypes and ridiculous notions about what it means to be a ”real man” and what is or isn’t ”ladylike behaviour”. Call me naïve but I kind of expected a company like Huggies would have seen enough children by now to know exactly what they are. Children. They are all different, and it’s an insult to parents, let alone our kids, to perpetuate god awful stereotypes like ”boys are competitive and girls like princesses”.

So tomorrow, I will watch Charlie practise his ballet in front of his audience of stuffed toys, watch him give away all his stickers to his brothers, let him vacuum the floors and fold the laundry with me, and then take him grocery shopping so we can buy any brand of pull-up nappies other than Huggies.

Unless you start doing Lady Penelope pull-ups for boys that also feature teddy bears and Charlie’s favourite two colours of pink and purple. Then we are here for that.

EDIT: Huggies have responded to a mother on Facebook with the following message: “Thanks for getting in touch and bringing this to our attention. We appreciate your concerns and apologise for any offence caused. We agree that this content on our website is not appropriate and needs to be updated. We have now removed the content and are currently in the process of reviewing the entire website.”

Angela Cuming is a mum of three and a columnist for The Spinoff Parents.