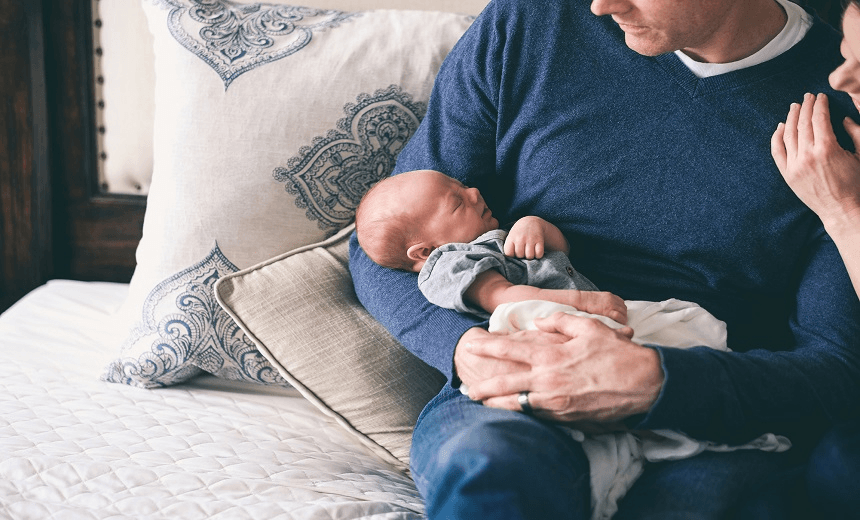 Plunket’s chief executive Amanda Malu says celebrating and supporting whānau and their parenting choices is how the village of New Zealand can help raise every child.

Plunket people, like many across the country, were genuinely thrilled by the announcement from the prime minister and her partner Clarke Gayford on Friday last week. Yet the news that they are hapū also stirred up some less helpful opinions about parenting and prescribed gender roles.

Much of the more negative commentary centred on the concern that mothers may not be capable of working and parenting a child. In case anyone remains in doubt, while working and being a parent of small children can often feel like an impossible task, it’s a feat achieved daily by mums, dads and caregivers across the country.

As the prime minister herself has said, everyone is likely to have an opinion. As other column writers have said, everyone’s view on the couple’s news is wrapped up tightly in their own experiences.

I say – let’s take a breath from the exhaustive, and exhausting, speculation on the couple’s choices and future plans, and ask ourselves a harder question: if it takes a village, what kind of a village do we want to be, for all new parents raising young children in today’s New Zealand?

I believe we have the opportunity to show ourselves to be a kind one, where we actively begin to value and support parents, and accept their choices about how they raise their young children.

The research is overwhelmingly clear on the importance of the first 1000 days. Thanks to the Dunedin Longitudinal Study and many other pieces of research, we’re beginning to gain an increasingly deep understand of the importance of the first three years of a child’s life. An amazing 80% of brain development happens in those years, laying down neural pathways that, as the Brainwave Trust say, ‘last a lifetime’. If we can get things right in the first 1000 days, it has the power to make a difference of a lifetime.

This huge body of knowledge tells us we need to look after the health and wellbeing of parents, and in turn help them care for their children. It’s why much of Plunket’s work for young children centres on working alongside whānau and parents, and supporting connections with their communities.

There are concrete and specific policies that are required, to increase support for families – many parents say they would value longer and paid partner leave for example, so they can take time to be at home with their babies together, at the start.

And alongside this, we also need to shift our attitudes about parenting.

Much of the commentary about the PM has been on her plan to return to work after six weeks, and what the impact will be on the baby and the country.

There have been many comparisons – with other working mums, with Benazir Bhutto. The prize for the longest bow drawn (so far) goes to the opinion piece which argues Serena Williams’ decision to withdraw from the Australian Open means the prime minister is going to struggle in office.

Everyone wants to know how the prime minister and her partner will deal with raising a baby, so it’s natural to look at how others are doing. The problem is that your own experience is different to everyone else’s.

I went back to work six weeks after my first child was born, because financially it wasn’t possible for me to stay at home. As we were living close to family, they were able to help with looking after our daughter, driving her across town to my office so I was able to carry on breastfeeding. I was travelling the length of the country for work, as Māori Liaison Officer for Lincoln University. Often I took both of my parents with me – I’d arrive at schools with my mum, dad and baby, and they’d go to the staff room while I’d talk to kids about tertiary education and studying at Lincoln. Mum and Dad loved it, and developed a great bond with our daughter. With my second child, our circumstances had changed and I was able to take six months off work. Both experiences were rewarding and supported my development as a parent.

Does this mean the prime minister can do the same as I did? No more than Serena Williams proves otherwise.

We have to remind ourselves that every family is different. Right now, across the country, parents with young children are making different and often difficult decisions for their family, based on their individual baby and their unique circumstances – sometimes out of choice, and sometimes out of a lack of choices.

All parents have a different set of pressures, demands to deal with while raising their young children, and different resources – for those living in poverty, the stress of not being able to afford to heat their homes may be a day-to-day struggle. For those who battle with mental health issues, or family violence, the challenges are different as are the implications.

What we can all agree on is that parenting is often hard work and that judgements and assumptions make it harder, no matter who you are or what your job title.

The flipside of this is the power of a supportive connected community to make a difference for families with young children. Any family with a toddler in the grip of a meltdown will tell you that support and understanding can be a lifesaver – and this can range from a knowing empathetic glance, to a friend or whānau offering to cook dinner while you soothe or wait out the tantrum.

Much of our day-to-day work is about providing parents and families with reassurance, building their skills and confidence in caring for their children. While that may not seem profound, the difference nurses make when validating a parent’s role is felt profoundly. Happy, well parents are better equipped to balance the demands of a growing infant.

Amanda Malu is chief executive of Plunket and has a blended family with six children. She has a unique connection to Plunket’s origins as a direct descendant of the first Plunket baby, Thomas ‘Mutu’ Ellison. Amanda is passionate about the opportunity Plunket has to support families and make a real difference in the lives of all children, and aims to ensure every family is able to access Plunket support when they need it most. Of Ngāi Tahu descent, she is originally from Christchurch and has lived in Wellington for the last 20 years.