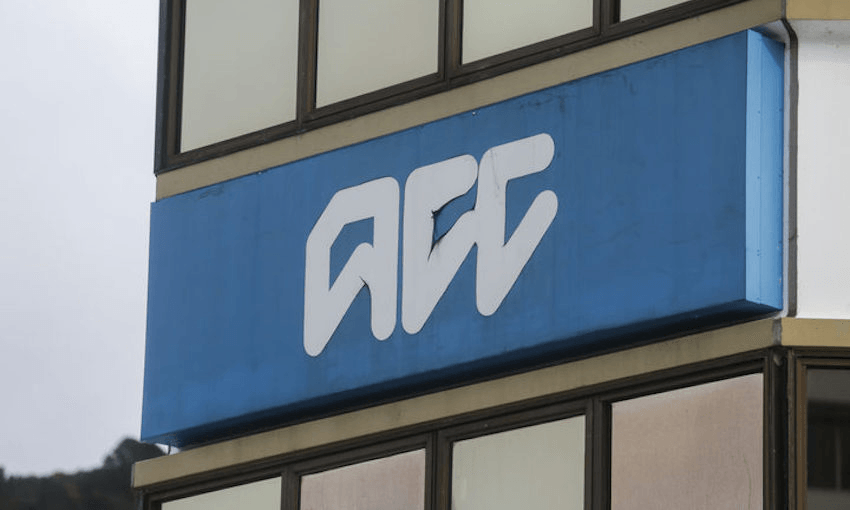 The ‘no fault’ fallacy: Looking back at our 18 months of ACC hell

Eight years ago a birth accident resulted in Andrew Dickson’s son being diagnosed with cerebral palsy. Today Dickson’s battle with ACC lays bare the myth at the centre of our ‘no fault’ compensation system.

In June 2010 our son Ben was born in Wellington Hospital. He was purple and unresponsive when he emerged that day; it remains one of the most traumatic moments of my life. My wife and I had no expectation of birth difficulties – no one had suggested this as a possible outcome, despite prior indications.

On that day Ben suffered, during his birth, a brain injury caused basically by a lack of oxygen (see neonatal encephalopathy). It took us almost six years to get the official diagnosis of cerebral palsy. Soon after we submitted a claim to ACC; it took them four months to reject it.

Our son’s case is really complicated. There are a variety of issues at play, many of which we can’t explain because the case is ongoing. What I can say is that the barrister Warren Forster is totally right when he suggests that in our ‘no fault’ accident compensation scheme there sure is a lot of hunting for causality.

Because of the complications it wasn’t difficult for ACC’s experts to find an alternative explanation to what we think happened. ACC’s first expert (they currently have two – I suspect they’re in the process of getting a third) clearly didn’t have much time for Occam’s razor; their opinion of what happened is a bit of a long bow. But it was easy enough for ACC to push the big red ‘reject’ button that I fantasize is in the middle of their custom built keyboard.

My wife and I are educationally fortunate; between us we have seven degrees and a couple of diplomas. Two of those degrees are PhDs. Lots of those degrees are in science too. We read the decision and began to research the conclusions for ourselves. We quickly encountered a number of ‘what the?’ moments – including one where an expert referred to an FDA advisory that said precisely the opposite of what they suggested!

I rang ‘our’ ACC case person, only to discover she no longer was ‘ours’. Her manner had completely changed. Because the decision was already made, we would have to lodge a review. She also suggested we get a lawyer, because the ‘review’ is not as simple as it seems. That was well over a year ago; the review still has not taken place. That was also the last time I talked directly with anyone in ACC.

We did get a lawyer. She’s cool – educated and funny and caring. A close friend of mine suggested her; his family had tussled with the behemoth that is ACC for many years. Poor buggers. Our law firm knows ACC, knows the law, have argued cases in the court that are exactly relevant to ours – and we have the financial resources to take this further, unlike many NZ families. But we’re doing it without legal aid – my university salary put an end to that, even though it is the vast majority of our income.

Because of the inexplicable continued focus on causation in our supposed ‘no fault’ compensation system, there is often a need for claimants like us who are challenging decisions to obtain complex and expensive medical evidence of their own. So far we have paid for two experts (they charge more than I do for consulting!) and we will probably need to get another if ACC deploy their substantial resources and continue to up the ante. It’s not a fair playing field.

Although it is meant to be a no fault scheme, ACC seem to treat treatment injury claims as requiring evidence that a clinician did something wrong. And therefore, because our case is still ongoing, I can’t and won’t say here that no one did anything wrong.

And it isn’t as if the review is balanced. We are asked to put all our trust in the decision of a reviewer who is an employee of Fairway Resolution, the company contracted by ACC to run the review process. If you click on one link in this article please choose this one – these are the people I have to trust. Would you trust them? I don’t have a choice.

Ironically, it would be much easier to get ACC cover if our son got hurt falling off the very playground equipment that he struggles to use because of his cerebral palsy. There would be no arguments about ‘ordinary consequences’ in that case. ACC maintain that his injury occurred as part of the ‘ordinary consequence’ (here is ACC’s flow chart which explains what that means) of ‘natural’ birth.

Our son is majestic. He has come so far, and is a beautiful boy. The Ministry of Education understands – he had a full-time teacher aide for his first two years at school. And he started mainstreamed, on time when he was five. His teacher aide and his subsequent teachers have made a massive difference – he is splendid, caring, funny and loving. When he reads this story, he might say “blush” and sign the word for blushing, because he is also partially deaf.

But what about his future? It lies with the Accident Compensation Commission, the agency designed to deal with the accidents in our society. They are great when I roll my ankle while running in the bush, in an attempt to stop thinking about ACC. They even cover the injuries when someone drives badly and hurts themselves and others. And we are thankful for that – better than the other side, better than America and their litigious horrors. But our little boy suffered an accident – he did – and he has challenges because of that. Some of them have been really hard. Why can’t they just cover him, protect him, let him have the chances that you all got?

It is not like ACC is struggling for money, in fact it happily crows about the performance of its massive investment fund ($36B and growing!) and finds it pretty easy to splash out by sinking $669 million into yet another public sector ‘transformation project’. You can be certain that taxpayer money spent here is very unlikely to transform anything of substance at ACC. Most planned organisational change projects fail to achieve what they intended. I know this because we teach this exact thing to our 200-level management students.

In my view we must now, as a society, listen to Sir Geoffrey Palmer when he argues that now is the time to actually transform ACC to cover sickness and disability as was always intended.

By now you may formed the opinion that I am brutally biased against ACC, and certainly on some days I have only the perspective only of a cynical, worn out dad. But I am also an academic who believes in my responsibility to act as critic and conscience of our society. The current minister, Iain Lees-Galloway, responded to Sir Geoffrey Palmer’s call by saying we need to have “considerable public debate” and “total political consensus” before extending ACC. Personally I think some political backbone would be useful too.

I think it is incumbent on the minister to represent us, the citizens of New Zealand. ACC is in an excellent financial position with plenty of money in its investment accounts (that number again: $36 billion – almost as much as the New Zealand super fund), and we citizens can afford higher premiums. It’s incumbent on the government to deliver to the country a system that, as the minister phrased it in his last letter to me, is “fair, transparent and accessible for all claimants”.