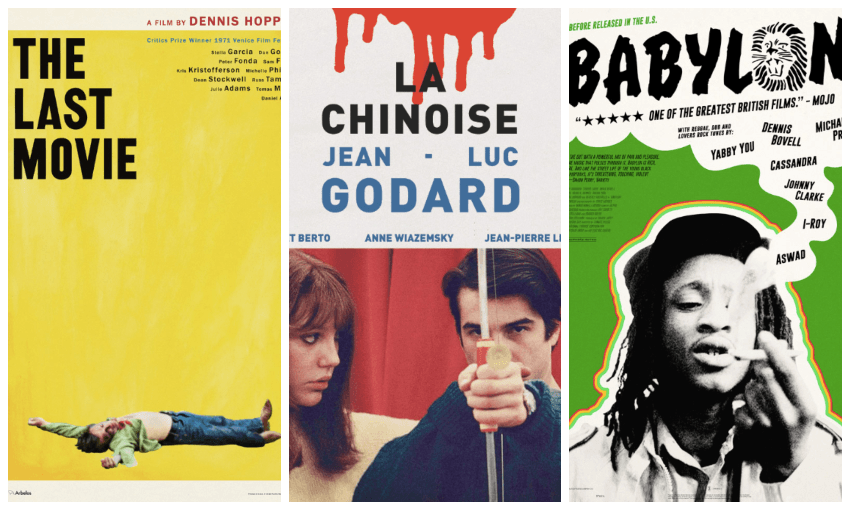 The man taking Gisborne to Hollywood, and bringing arthouse cinema back

Dylan Haley used to muse that he could do his work – creating poster and packaging art for film distributors – anywhere in the world. After all, he rarely saw his Hollywood clients in person anyway – the Los Angeles traffic made it too difficult. These days, the American national does the same work for clients in LA and New York from the Gisborne home he shares with his New Zealand-born wife Sarah and their daughter, just without the traffic.

“I always tell them where I am,” he says. “But I don’t tell them first thing when I’m pitching a job. I make sure they like me first. But I think clients do get a kick out of me being in another country. They think wow, this is an interesting guy. I’ll play it up a bit too.”

Good connectivity has been essential to Haley’s ability to do this work from a beautiful city most of his clients have never heard of. Working internationally from home requires a solid business-grade internet connection. To talk to clients, Dylan uses a VOIP phone service called MagicJack, which allows him to make unlimited calls for $US50 a year. He’ll also “meet” clients via Google Hangouts.

“I’m working for people all over the world. I have clients in New York, so there’s a pretty big time difference, but they’re dealing with people in the UK. I kind of lose track of what day it is – and my computer clock is still stuck on US time!”

He is also sending and receiving large graphics files daily and he needs to watch every film he creates art for, online. He was just about getting by on a DSL connection until last year and the birth of the Far Out Film Night.

Haley’s major client is the LA-based company Arbelos Films, which specialises in restoring and distributing cult cinema classics in 4K format. He decided it would be cool to be able to show cult films in his new home town – and that he should be the one to make it happen.

“I started asking Arbelos about getting rights and they helped me with that.”

The idea became the Far Out Film Night, which shows the likes of Easy Rider and Mulholland Drive, curated by Haley, once a month at Gisborne’s independent Dome Bar and Cinema.

“It’s something I feel like I would never have done in Los Angeles,” he says.

To make the new cinematic showcase a reality the huge video files supplied by Arbelos had to be downloaded for screening. Now Haley really needed to upgrade to fibre broadband.

“These files are much bigger than anything I deal with in my graphic design work. Even with a high-speed connection it takes a while, but not that long ago it would’ve been unheard of.”

But even in his daily work fibre has made a huge difference to his efficiency. He is “constantly downloading huge files. It’s amazing the size files that I can just send to people. I don’t even think about it, every day the huge files get sent to me in the middle of a phone conversation, and I get it right then and we talk about it. It’s amazing.”

With the ability to now access these unique films via broadband, Haley, he likes to think he’s bringing a little movie culture to Gisborne – and getting some local knowledge in return.

“In Los Angeles, even people who aren’t into films will know so much more than anyone here – it’s the cottage industry for that part of the world. Whereas here, people know about bees and honey and fence-building and growing veges. Cool stuff! But it’s just a different set of knowledge.

“Even the ladies in town are asking if I’ve poured concrete. Back home you would never get that. No one would ever have a conversation about a fence being built.”

Haley’s latest project has been creating the collateral for Arbelos’s forthcoming 4K restoration of Sátántangó, Hungarian director Béla Tarr’s seminal art-house film. His main problem was finding the time to watch it first – it’s seven hours and 20 minutes long. That might be a stretch for the Far Out Film Night, but they’ve already had interest from the University of Otago in a local screening.

While Haley is best-known internationally for his film posters – see stories here and here about his work on restored classics – he also designs websites and even album covers. He has a few local clients and when the design work slowed down for a few weeks recently, he worked at a local winery instead. For the longer term, he’s considering earning a teaching credential. But there’s one thing he’s quite clear on – he likes where he lives and he and the fact his business has a solid broadband connection has allowed him to keep working here too.

“I love it here. I just couldn’t be happier to be here.”

This content was created in paid partnership with Chorus. Learn more about our partnerships here.