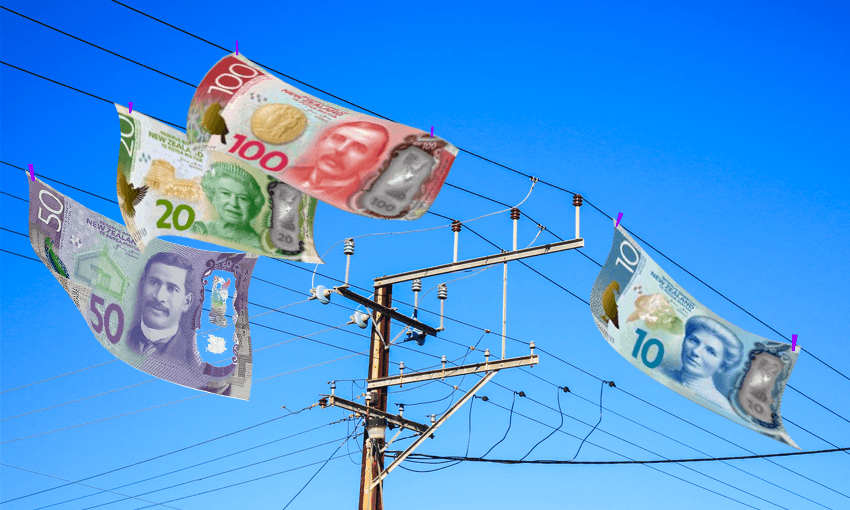 Is our electricity market hanging consumers out to dry? (Photo: Getty Images)

How your power bill is made

Is our electricity market hanging consumers out to dry? (Photo: Getty Images)

OPINION: In the third part of a new series with our partners at Flick Electric Co. to help you make better energy choices, Flick’s Nikki Cockburn explains what goes into power bill.

Power bills. Ugh. Like throwing a lump of cash money to the wind, right? But if you know a little about what you’re actually paying for, it really doesn’t have to feel that way.

Here at Flick, we choose to be completely transparent when it comes to billing, and we reckon all power retailers should follow suit. So below, we break down exactly what you’re paying for when you fork out for that mysterious yeti of a bill at the end of each month.

There are five main components that you’re paying for when you pay a standard power bill. Depending on your retailer, these may or may not be separated out on your bill.

Generation. This is the cost of generating the actual electricity you use. If you’re riding the wholesale market, the price you pay for this will change every half hour in relation to the spot price.

Transmission and Distribution. These charges cover the costs to transport power around the national grid and to your property. They’re influenced by a few different things, such as your User Plan and seasonal pricing changes, so this pricing is different for each customer.

Metering. Your power meter, which records how much power you’re using and when, is owned by a metering company, and this fee is the rental cost that you pay for using it.

EA Levy. All power retailers pay this to the Electricity Authority, to cover the costs incurred by the EA to regulate the industry. This is passed on to you in your power bill.

Retailer fee. To cover operational costs, all power retailers need to charge a fee or a margin.

Although power retailers all operate differently, most will show daily or fixed costs, as well as variable charges on their power bills. So, what’s the difference?

Daily charges are usually shown as “cents per day” (or sometimes “dollars per day”) and they’re set fees that you pay on a daily basis, unrelated to how much power you use. Variable charges, on the other hand, are shown as kWh charges and are directly related to the amount of power you’ve used.

If you’re on a fixed rate, the kWh charge won’t change throughout the day, except maybe during peak times – more on that below. And if you’re accessing spot prices, the kWh charge will change every half hour in relation to the spot price.

Noticed your power prices have gone up? This normally happens every year from 1 April. Around this time, lines (or network) companies around New Zealand take a closer look at their fees and adjust pricing to better cover their costs. Your power company normally updates their pricing to reflect the change in network fees, and will often adjust their fee or margin at the same time.

It’s worth noting that they must give you at least 30 days’ notice before any price changes can take effect, and you’re well within your rights to request a breakdown of precisely what fees have changed.

If you’ve signed a fixed-term contract in exchange for a fixed rate for the duration of your term, it might surprise you to know that parts of your power bill can still increase throughout the year, and usually this is related to network charges over winter. To encourage consumers to shift their usage outside of peak times, thereby reducing demand on infrastructure, some network companies introduce ‘peak rates’ which make electricity more expensive to use at high-demand times of the day. In general, however, if you’ve signed up to a fixed-rate plan, your fees cannot increase for the duration of your fixed term contract.

Now that you know how your power bill is constructed, next month the series will start on how to slash that power bill, and reduce your carbon impact while you’re at it.