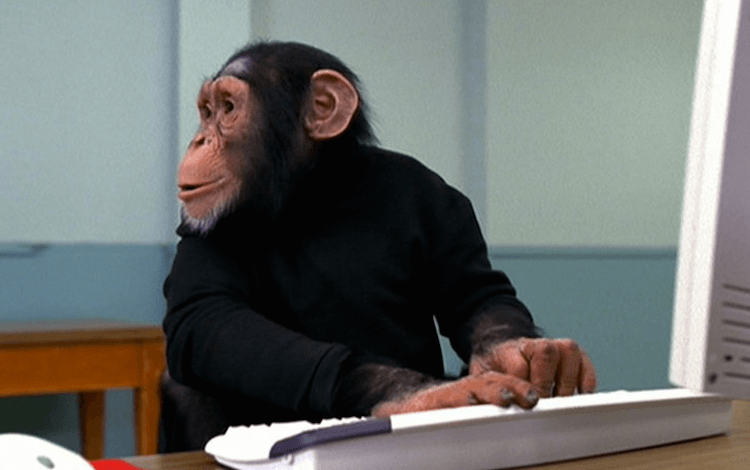 Inside the Lightbox: From Pooches to Peacocks – Parading the Pets of Primetime

The people in TV shows are all good and well, but won’t someone think of the animals? Alex Casey ranks her favourite pets scurrying around on Lightbox.

It’s always the boring old humans that are remembered for their good work. Everyone’s clapping for Tony Soprano, nobody spares a thought for Adriana’s dog, violently killed onscreen in the name of “story”. I want to change that. I want to give a moment’s praise to the animals working tirelessly to not poop, squawk or hiss during takes. The animals that have endured humiliating scenes, dangerous names and bad storylines just to flesh out the world of a show. Because, if there’s no animals in your TV world – then it’s a not a real world after all. Here are some of my favourite critters:

In the third season, Buster buys a terrible pet turtle to try and make his mother Lucille jealous that his affections are going elsewhere. He names it Mother, just to keep things subtle. Mother met a slow demise after getting tucked away with Uncle-Father’s enormous stash of medicinal marijuana.

Nelson from The Office

David Brent brings Nelson to meet everyone at The Office in the second Christmas Special, much to Neil’s dismay. This pooch keeps David company as he travels up and down the country peddling cleaning products. He’s a charming relaxed black labrador, named Nelson after Nelson Mandela. As they say: great man, great dog.

Nothing like an inexplicable camel showing up to work. Fun fact: they had to remove a wall on set to get this big girl into Sue’s office.

This friendly yellow labrador is an honoured member of the Crawley family, who loves a bit of cheeky leftover crepe from the kitchen. Much like her namesake, Isis is renowned for persistently showing up unannounced where she is not wanted. In season two she loves sneaking into patient’s rooms, because she knows nobody can control her. Risky name, great dog. Sadly she was killed off, as this synthy news video explains

This incredible nameless bear-dog belongs to princess Aslaug, and I’m told is an Alaskan Malamute. These giants can haul massive amounts with their strong bodies, and have also been bred as sled dogs. Could use some of these guys down south right about now! Ha ha, we have fun.

Here’s a little insider gossip from Madeleine Sami herself – they wanted to change Sad Guy’s name to C*** but realised they’d have to yell it loudly too many times in public. Like that’s the worst thing that’s ever happened in Myers Park. Sad Guy is a loyal pooch who loves to play, an homage to friendly dogs belonging to rough sleepers everywhere.

Peanuts from The X Files

Oh, it’s a only a chimp that can send bloody emails. And attach audio files. As you were.

Dogs, cats, rabbits, a lovely affable pig. As if we needed another reason to worship Leslie.

Jack Donaghy’s handsome peacock Argus appears in the fourth season of 30 Rock. After the death of his beloved mentor Don Geiss, Jack inherits this flamboyant boy to look after. Argus starts to make unusual noises, so Jack enlists the hell of Kenneth the page, who can obviously talk bird. Clever Argus manages to say “master and pupil” in peafowl, leading Jack to believe that he is Geiss resurrected. Oh, and he’s particularly fond of Liz Lemon:

Although there are no animals in the actual show, this Dexter parody video Dogster is one for the ages.

Click here to get better acquainted with these furry, stoned and oily creatures on Lightbox today