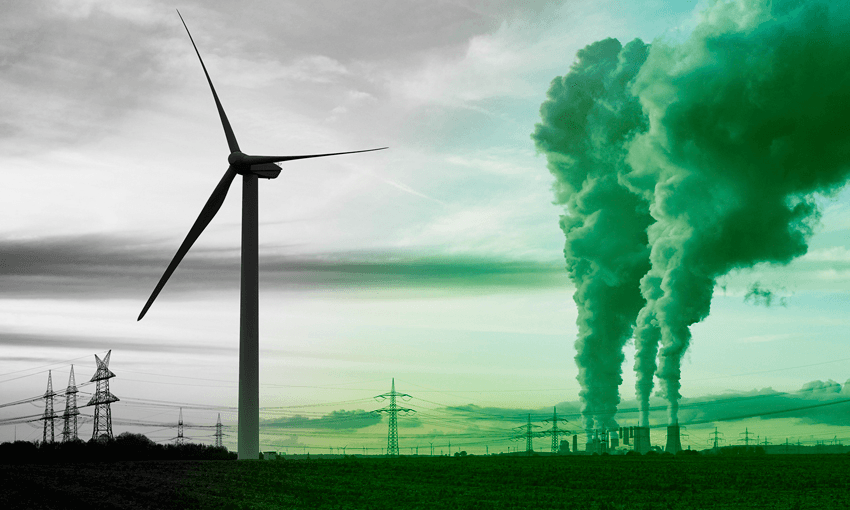 Think you know an energy provider who delivers 100% renewable power to its customers? Think again.

From the clothes we wear to the food we eat, much of what we consume we take for granted. Part of that is because, as consumers, we only ever see the final product, and electricity – the thing that lights our homes and charges our phones – is no exception. We use this electricity without a moment’s notice, and because we use it so often, we hardly, if ever, think about where that energy might come from.

A recent survey by Flick Electric found that on average, New Zealanders believed 57% of the country’s electricity came from renewable sources. In reality, roughly 80% of the electricity generated in New Zealand is renewable, suggesting a significant knowledge gap among consumers. More worryingly, 17% of those surveyed said they knew an energy provider who delivered 100% renewable energy to its customers. In reality, there’s no such thing as a 100% renewable energy provider, not because there isn’t demand for one, but because energy, however it’s generated, all goes into one big pool on the national grid.

The national grid is the nationwide system of electric power transmission in New Zealand. Owned by the Crown and run by state-owned enterprise Transpower, the national grid is where all generated electricity goes to ultimately be distributed into people’s homes. Once in the national grid, it’s impossible to distinguish what power comes from environmentally friendly sources (ie hydro and wind) and what power comes from high carbon emitters (ie coal and gas). Once it’s in there, it’s all one and the same, blended together like “a big vege soup” which essentially means you can’t pick and choose which electron goes where.

“Electricity is one of the few products in the world where you don’t get to pick and choose the fundamental product,” says Flick CEO Steve O’Connor. “We can’t actually tag an electron from its generation pool, it goes onto a network so you can’t control its direct distribution. So from that perspective, it’s really different from just about every other household product we consume.”

“We’re so attuned now to the belief that when you align with a company that’s selling a product or service to you, you get to pick and choose exactly who makes the product and how its made, so the fact that you can’t do that with your electricity is probably a bit unusual.”

In that sense, it’s no wonder a sizeable number of New Zealanders believe a 100% renewable energy reatiler is possible, but that belief also comes down to what O’Connor calls “clever marketing” from companies looking to boost their green credentials.

While seemingly innocuous, such claims do seem to have an effect on consumers. Among the 17% of those surveyed who said they knew an energy provider who delivered 100% renewable energy to its customers, more than 60% cited Meridian as the relevant provider.

“[The ruling] recognises that sustainability is becoming a bigger and bigger thing for us as a country and what Meridian is doing is no longer appropriate,” says O’Connor. “To make sure we transition to a sustainable energy system in NZ, we have to ensure that consumers really get it because consumers are part of solving the problem. So any bad behaviour that creates these misconceptions means it’s going to be harder for us to do that.”

This is because when companies give off the false impression of being environmentally sound (aka “greenwashing”), it not only lets businesses off the hook from embracing meaningful change, but it lets consumers off the hook from embracing meaningful change as well. By virtue of supporting these supposedly “eco-friendly” businesses, customers may be given the impression they’ve done their part for the environment and therefore be less motivated to adopt certain behaviours that could actually benefit the environment.

“With Meridian, it kind of suggests that a good portion of its customers are sitting back right now, relaxed with their feet up going ‘gosh, haven’t I done well? I’ve completely removed my carbon footprint from an energy point-of-view?’ and that’s a bad outcome,” says O’Connor.

Because of this, it’s becoming more important than ever that as an industry, companies get better at not only educating its customers on how the electricity market works but also engaging them with their energy choices. One way of doing this, according to O’Connor, is by providing customers with an indication of energy supply and demand. Flick’s new Off Peak plan, for example, is designed to educate people on using electricity during times of the day when it costs less. It also gives its customers real-time access via its app to total carbon emissions from the different types of active generation so they can see their impact and be encouraged, if the mix is “dirty”, to reduce their energy consumption overall.

“It’s kind of like if you go into a supermarket at certain times of the year, you can buy three avocados for $2, and they’re in full supply and you suspect they’ve been grown locally. But then at other times of the year you have to pay $5-$6 and you know they’ve probably been brought in from overseas,” he says.

“When you flick the switch at home, no one’s really thinking ‘is this product that I want to consume right now in scarcity or abundance?’ No one really thinks about how it was produced. Electricity is almost like a public good in some respects – we just expect it to be there. We don’t understand what it’s really costing us.”

A better understanding of how the industry works is important for going forward, and that means we need more transparency from our providers. And although we’re pretty good in New Zealand – approximately 82% of all electricity generated and used across the country in 2019 was produced using renewable, carbon-free methods – a nation powered by 100% renewable energy is a reality that still has a long way to go.