And once started, he’s unlikely to stop of his own accord. He’s on a path to glory, don’t you know? He once came in the top 3% for a Fortnite Daily Duos Cup.

Turns out there’s much to know about competitive gaming – or esports, for the uninitiated – including genres, platforms, hundreds of titles, and a host of technical challenges too. In Gus’s case, it’s the refresh rate of the old TV monitor he uses that bugs him in particular. What he’d prefer is a for-purpose 240Hz monitor, like the pros use.

But frame rates are just the beginning of his difficulties. Add to that an aging console, inconsistent wifi, and a low capacity broadband internet connection he shares with the rest of the family trying to stream television and work from home. There’s a lot that can and does go wrong for the home-based gaming consumer when your set-up isn’t optimal, but it doesn’t have to be that way. 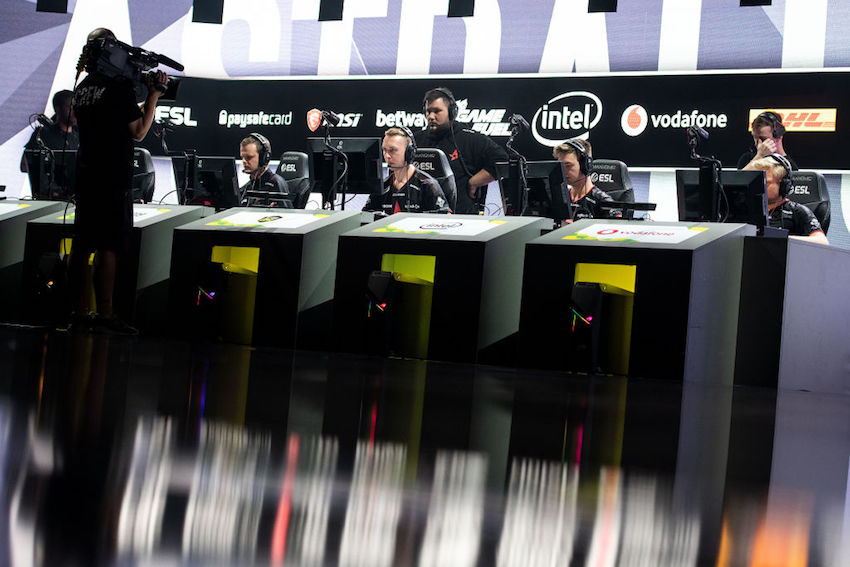 The pros in action at at ESL One in Cologne, Germany in 2019. A total of 16 teams from all over the world fight for the title in the game Counter-Strike: Global Offensive. (Photo: Marius Becker/picture alliance via Getty Images)

A global pursuit with regional challenges

Milliseconds count to gamers, especially to New Zealand ones connecting to overseas servers. A particular bugbear for gamers in this country is latency (aka ping) or the speed of the connection between device and server. For New Zealand players those servers are generally overseas – Australia, Singapore, California, or anywhere else around the globe.

When latency is high, games feel laggy, stuttering and slow to react to input from the player. Physical limitations count for a lot here: old copper lines are among the worst for producing latency, around a third slower than fibre cable. Fibre-optic connections are therefore the first choice for most Kiwi gamers, and with fibre coverage now available to most of New Zealand, we’re fortunate in that respect. Developers can also build lag compensation into games – inbuilt predictive functionality to smooth over more obvious lag problems – but that can only do so much.

(Interesting aside: As a consequence of lag, it’s been suggested that New Zealanders have developed a more defensive playing style than other esports players around the world, competing with opponents enjoying faster ping, or lower lag times.)

Also important is the reliability of the internet connections themselves – that is, not having connections drop out at inopportune moments. When it comes to streaming video or audio, buffering preloads a certain amount of data before commencing playback, ensuring interruptions to the data stream can be absorbed without interrupting the viewer’s experience. It’s a good solution for streaming video, but no help to those enjoying real-time interactions with a gaming server. Whether it’s competing in an online tournament – or performing remote surgery – those half-second dropouts can have a dramatic impact on outcomes.

And for domestic game players on shared connections, there are even more speed bumps: congested family networks can interrupt gameplay and spoil arranged gaming times, especially on days when extra bandwidth is required to download updates or new titles. 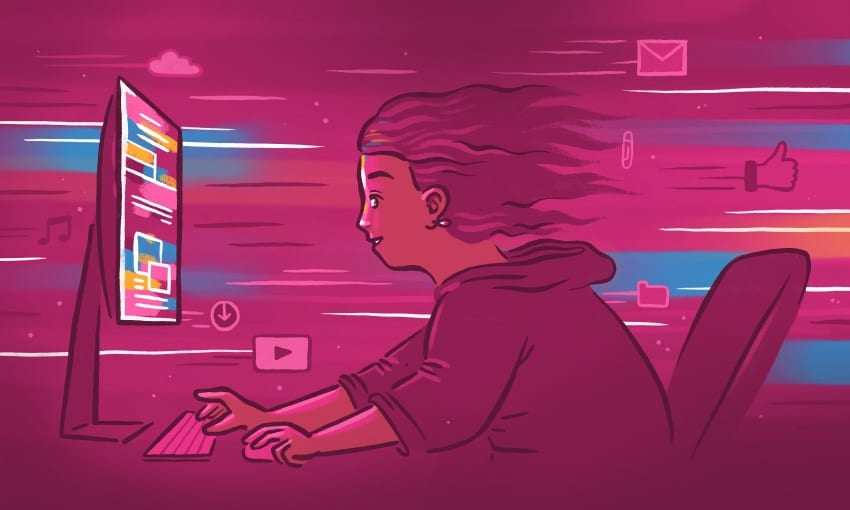 In New Zealand, gaming has quietly become the new national pastime: 84% of New Zealanders under 14 play video games. But most gamers are actually older and the average age of the New Zealand gamer is 34 years old. The gender split is almost straight down the middle.

Globally, esports is more than a billion-dollar industry. Competitive organised video gaming, playing the same titles home users enjoy, attracts enormous audiences – around half a billion at last count. There’s big money at stake too. For example this year, the Counter-Strike: Global Offensive has a prize pool topping US$12,000,000. About a million people viewed its 2020 Extreme Masters tournament earlier this year.

New Zealanders are competing – and profiting – on this international stage. New Zealand teenager Chris Hunt (aka CoverH, a local celebrity, according to Gus) and 23-year-old Sam “Twizz” Pearson, recently competed in the first-ever Fortnite World Cup final. While the team finished in last place, they still walked away with around NZ$76,000 each and such figures aren’t at all unusual.

But that’s the size of the market. At esports arenas around the world such as the Copper Box Arena in London and the KeyArena in Seattle pack in tens of thousands of fans for events. Esports centres at the Staples Centre in LA and the Sydney Cricket Ground show esport events drawing crowds comparable to high-profile “proper” sports events.

New Zealand joins that list too, with Eden Park announcing the creation of its own ezports high-performance centre. The centre will serve as an event destination, incubator for young players, and will give professional Oceanic teams – such as the Dire Wolves group, famed for its flagship League of Legends team – a place to train, compete and broadcast. The crowd at the ESL ONE Counter-Strike video game tournament at the Lanxess Arena in Cologne, western Germany, on July 5, 2019. (Photo: INA FASSBENDER/AFP via Getty Images)

It’s not just the consumer end which is thriving: game development is one of New Zealand’s fastest-growing tech sectors. In 2019, New Zealand interactive game developers earned more than NZ$200m, more than doubling 2017 earnings. And get this: 96% of the industry’s earnings came from export.

That’s a huge opportunity. Industry group The New Zealand Game Developers Association says that if the industry can maintain its average annual growth, the country could be looking at a new billion-dollar industry as soon as 2025.

That’s a best-case scenario of course, and it depends on New Zealand making the most of the opportunity. Game developers such as Henderson-based Grinding Gear Games (acquired by Chinese tech company Tencent in 2018 for more than NZ$100m) and Auckland-based Rocketwerkz are looking to do just that.

Capable of delivering speeds of up to 4,000 megabits per second – about 40 times as fast as the average domestic Kiwi connection – it’s more than capable of meeting the bandwidth-hungry company’s requirements.

“We’ve been on Hyperfibre for about a month or so and we’ve certainly found that not only is it faster, it’s more reliable,” says Rocketwerkz COO Stephen Knightly.

Knightly says that Hyperfibre is a good fit for the company, which would otherwise have to install its own dedicated fibre to the office, a job requiring engineers onsite and costing thousands of dollars per month.

“Hyperfibre has filled that gap between a broadband connection and buying our own dedicated fibre connection,” he says.

“Amongst all the other things you have to do while building a new office, the fact that we can just call up Orcon and within a week or two actually have significantly better internet just here for us was great. It’s been one of the easiest things to organise while moving into a new office.”

In addition to stable and very fast internet, Knightly says that packet loss – information sent over the internet that doesn’t get delivered for whatever reason – has been vastly improved.

“If you’re playing a game in real-time where it will have an impact on whether you’ll win or not, and if you’re uploading lots of data, to servers around the world, that reliability is really important, and certainly on the time we’ve been on Hyperfibre, we think we’re now at zero packet loss which is just great.” A screenshot from the new Rocketwerkz game, Icarus, due out in 2021 (Image: supplied)

Connecting to the global opportunity

That sort of infrastructure is a competitive advantage in a quickly-growing industry and a key export opportunity for New Zealand, says Knightly, and we’re only just starting to unlock the potential of the country’s investment in the sector.

“Esports is a credible sport for this generation, and game development is going to be a huge industry from New Zealand,” he says.

“New Zealand has invested in all this physical infrastructure, and when we were doing that we promised there were going to be all these economic returns on top of it. Now, we’re actually beginning to deliver on that promise, but there’s so much more to be done.”

Keep an eye out for Rocketwerks’ forthcoming survival game Icarus, expected to launch in 2021.

To find out more about Hyperfibre, see the Spinoff’s cheat sheet on the new product, What the hell is Hyperfibre?