The energy industry is at the heart of New Zealand’s journey to carbon zero. Ben Fahy spoke to Flick’s CEO about how we make that transition in an equitable and innovative way.

A couple of weeks ago, I was having a beer in the late afternoon sun at a reasonably new friend’s reasonably new house. Despite my amazing stories and hilarious jokes, and despite occasional admonishment from his wife, he kept sneaking glances at his phone. Turns out, he was checking how much energy his new rooftop solar set-up was generating.

He claimed he had become moderately addicted to the app that showed him how much energy the photovoltaic panels on his roof were contributing to the needs of the house – and he loved nothing more than being able to send any excess energy back to the grid for someone else to buy.

For some, this might be seen as a glimpse into the future of high-engagement electricity use, as well as a necessary shift to a more decentralised, lower-carbon energy system. In many areas of life, access to data has allowed us to change our behaviour and the quantified self – made possible by tracking devices, ever-present mobile phones, smart watches and apps that can tell us how many steps we’ve taken, how fast our heart is thumping and whether our chakras are aligned – is all about measuring and then, ideally, modifying.

For others, it might just be seen as a passionate minority experimenting with a new technology because, despite the availability of information, not everyone cares enough to access it. There are plenty of people who can’t even name their power company let alone feel the urge to check their energy use on an app. To them, electricity is largely invisible; an omnipresent and unremarkable part of modern life.

“You’re not miraculously going ‘oh my God, there is light’ when you flick the switch on,” says Steve O’Connor, the founder and CEO of Flick Electric. “But you could argue it’s one of the most valuable products we consume. It keeps us warm, helps us see at night, cooks our food, drives our devices and our communication networks. And when it’s not there, we definitely reflect on it.” 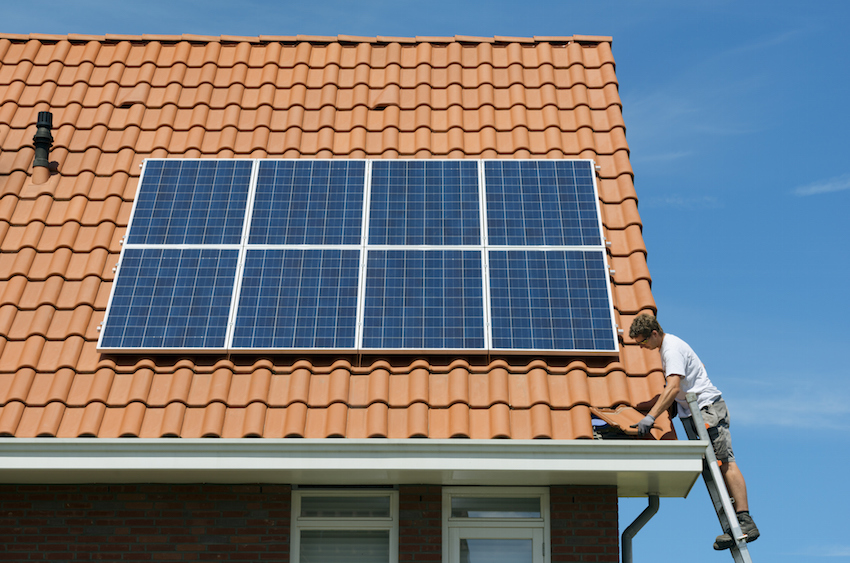 Robinson Meyer, The Atlantic’s climate reporter, wrote in a recent newsletter that “one of the ironies of climate change is that, if it weren’t so scary, it would be the most interesting problem in the world to tackle”. O’Connor laughs a knowing laugh when he hears that quote. He has had to face up to a fair few big, scary competitors and big, scary issues in his time, but he’s loved trying to solve the “interesting problem” that is our largely unenthusiastic relationship to electricity, first by exposing customers to the fluctuations of the wholesale electricity market and then by providing a carbon signal to show the impact of energy use at different times.

His next big challenge is the Climate Change Commission’s (CCC) draft report, which set out a roadmap for the country to get to net zero emissions by 2050, in large part by swapping fossil fuels for renewables in industrial processes, transport and electricity generation. That means demand for electricity is set to increase by 22.5% from 2020 to 2035.

“I’m always an optimist, so I think we are capable of making those changes. Probably, more importantly, we have to,” he says, and the more than 15,000 submissions to the CCC in response shows just how interested people are in trying to find solutions (or, in some cases, trying to maintain the status quo).

“People are becoming more concerned about the environment and trying to figure out what the heck to do. Plastic bags are a good example. And it is also coming to energy and electricity. In our own research from early this year, 55% of New Zealanders saw themselves as either highly conscious or conscious consumers. And new products like rooftop solar and electric vehicles are helping to bring electricity to life.” 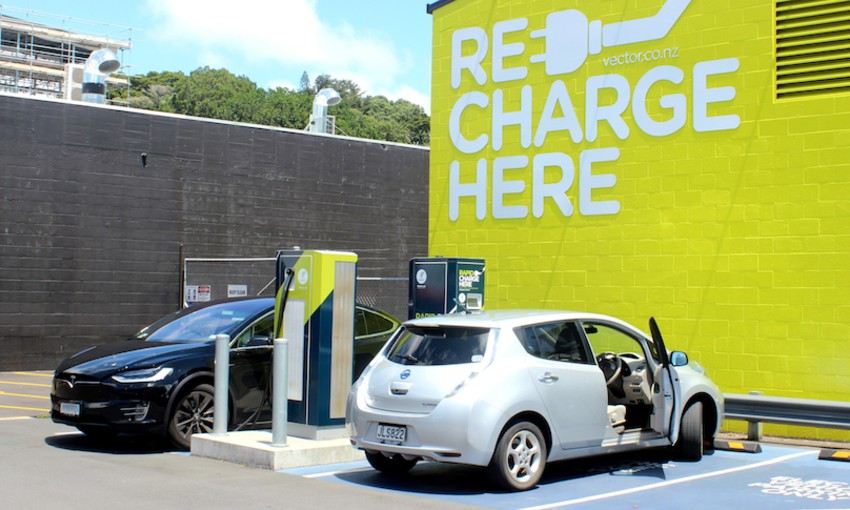 When avocados are $6 each, O’Connor says, we know they’re scarce, and when they’re $2 each, we know they’re abundant. Electricity is subject to the same laws of supply and demand, but it’s much easier to choose not to buy an avocado than to not buy electricity, so the vast majority of users are basically stuck with what their power company gives them. Education is a key element of Flick’s model so when its tech tells you the price of electricity is high at peak times of the day, or that the carbon count is high because the coal-plant has been fired up, you can decide not to use as much of it, or use it at certain times.

But while changes to the demand side of the energy equation are laudable, they don’t deal with what Flick and many of the other smaller, independent electricity retailers see as the elephant – or elephants – in the supply room: at present, five big companies generate the bulk of the country’s electricity. These big companies sell that electricity directly to their own customers, and also to other retailers (i.e. their competitors).

According to O’Connor, these companies give themselves a good transfer rate on the electricity that “bears limited relationship to the market price”. Their goal is to maximise shareholder return (the government being the largest shareholder in a few of them) and make profits, so they look at who’s buying the rest of their generation and charge more for it.

“There’s no benefit to the country from maintaining vertical integration. You’re enabling the status quo and you’re not creating the right market for true competition.”

He believes there are three main challenges when it comes to tweaking our energy system to meet the CCC targets: how do we make the system fairer, more open and more competitive? How do we make energy more affordable and reduce energy poverty while meeting our environmental targets? And how do we increase productivity through the use of electrons?

A smart, efficient energy system that delivers across all those things is entirely possible, he believes, and the industry is full of incredibly capable people who can solve big problems.

“But there are too few large players that dominate, certainly at the generation end, and the consequences are that it stifles innovation, it stifles investment in new generation and, in some cases, it stifles the switch to new sources of energy … Such instability and volatility in wholesale prices starts to create irrational behaviour,” O’Connor says.

“If you’re a business that wants to electrify your heat processes and get rid of all your carbon, for example, you might say ‘I’m not going to do it, I can’t afford to pay those prices’.” O’Connor says the irony of the “excessively high wholesale prices” at the moment is that new generation, particularly wind, is really cost effective in the long-run, so prices should already be cheaper to reflect this. The cost of solar is also falling rapidly, to the point where it is now deemed to be the cheapest form of electricity humans have ever created. The rise of renewables makes Flick’s role as a communicator even more important.

“We’re super happy about solar. We’re pigeonholed as a retailer, but we see ourselves as an intermediary between the market and the customer. Even with solar, customers will still want a platform to connect into the grid. We’ve placed a digital layer between the customer and the market and what we want to do is help consumers make smarter choices. Why would you charge your EV when the carbon meter is running red?”

Last year, O’Connor says New Zealand’s energy mix was about 70% renewables. That number jumps around a bit based on wetness and windiness, but, “it wasn’t a very good year because New Zealand was forced to burn more coal to meet demand,” he says, which shows the issues with not investing in new generation at the right time.

The CCC has noted there may be a small role for things like gas in 2035. O’Connor thinks we should hold on to the aspiration of getting to 100% renewables and build towards that goal.

“We don’t want to drive higher energy poverty and we don’t want to undermine productivity by massively overbuilding to get to 100% renewables and then say it costs too much. But it may be that solar becomes so affordable that we can get to 100%. And if we have enough wind and solar, then we can store more hydro energy behind dam walls as our back-up for when it’s still or grey.”

With more carbon produced through our transport network than through electricity generation, the CCC’s recommendation is to switch to electric modes where feasible. It’s also pushing to move industry heat processing away from hydrocarbons (Fonterra, for example, makes milk powder using heat from big furnaces that typically burn coal and gas). And all those extra uses will increase the need for renewable electricity.

“Our industry is going to have to build an awful lot of electricity generation in the coming years to keep up. And generation is hard.” O’Connor says the incentives aren’t right to create new generation and existing generators are motivated to run their assets for as long as possible because they can sell the dirty power for a higher price than renewable generation.

There is an opportunity with small-scale battery storage, which gives users more control over their generation. And large-scale battery storage could also play a role. The economics of storage are falling, he says, and the Hornsdale Power Reserve in South Australia has shown what’s possible. There are a raft of other huge battery projects planned around the world and they pretty much render the inter-day nature of solar moot.

If the electricity-hogging Tiwai aluminium smelter disappears there will be a lot of generation in the South Island that needs to get to the North Island so large-scale storage in the North Island would be a positive, he says.

“The new ways energy will be produced and the macro trend of people who are climate conscious and recognise the impact of their energy choices will grow and grow. And I’m confident that these two things will mash together to create demand,” says O’Connor.

“But it’s 25 years since the Bradford Reforms [named after the energy minister of the time, Max Bradford]. At a time when we want more people to shift to electric to reach our climate change targets, electricity is increasingly unaffordable. It’s not a structure that works for where we need to head to and to do it in a just way for Kiwis.”