In which James Borrowdale visits Sylvia Park, meets Santa Claus, and decides that Christmas might not be so bad after all.

I should admit, at the outset of this piece, that, as an adult, I have always been largely agnostic to the Christmas spirit – that intangible embodiment of a season that, to this mind, has always been something to get through, after which the holiday (and the Boxing Day test match) begins, and not in and of itself the year’s crowning jewel.

But this year has been unlike any of those that have heralded my previous 35 Christmases: Covid-19, obviously, and then, five or so days into the lockdown it spawned, the arrival of our first child, a daughter. So when the opportunity to write this piece arrived in my inbox, it felt like a rare opportunity for the interests of an eight-month-old and her stay-at-home dad to combine. She would, for the first time in her little life, meet Santa, on duty at Auckland’s Sylvia Park Shopping Centre; I would emerge, momentarily, from my journalistic sabbatical to dip my toes into The Spinoff’s festive waters.

I met Jo Allen, Sylvia Park’s marketing manager, in an office nestled away deep within the centre. I wheeled my daughter into a glass-panelled room, placed my dictaphone on the table, baby on my knee, and asked Allen about the challenges of the year, of lockdown, and the relief that at least 2020 could end with something as joyous as children sitting on Santa’s lap in the midst of a bout of Christmas shopping. She spoke above my cooing daughter, occasionally breaking our chat to respond to the prelingual conversation emanating from my lap. “You can see the delight on the children’s faces, you can see the relief on the parents’ faces – that something they have been used to was actually on, where everything else in their lives, this year, was not.” 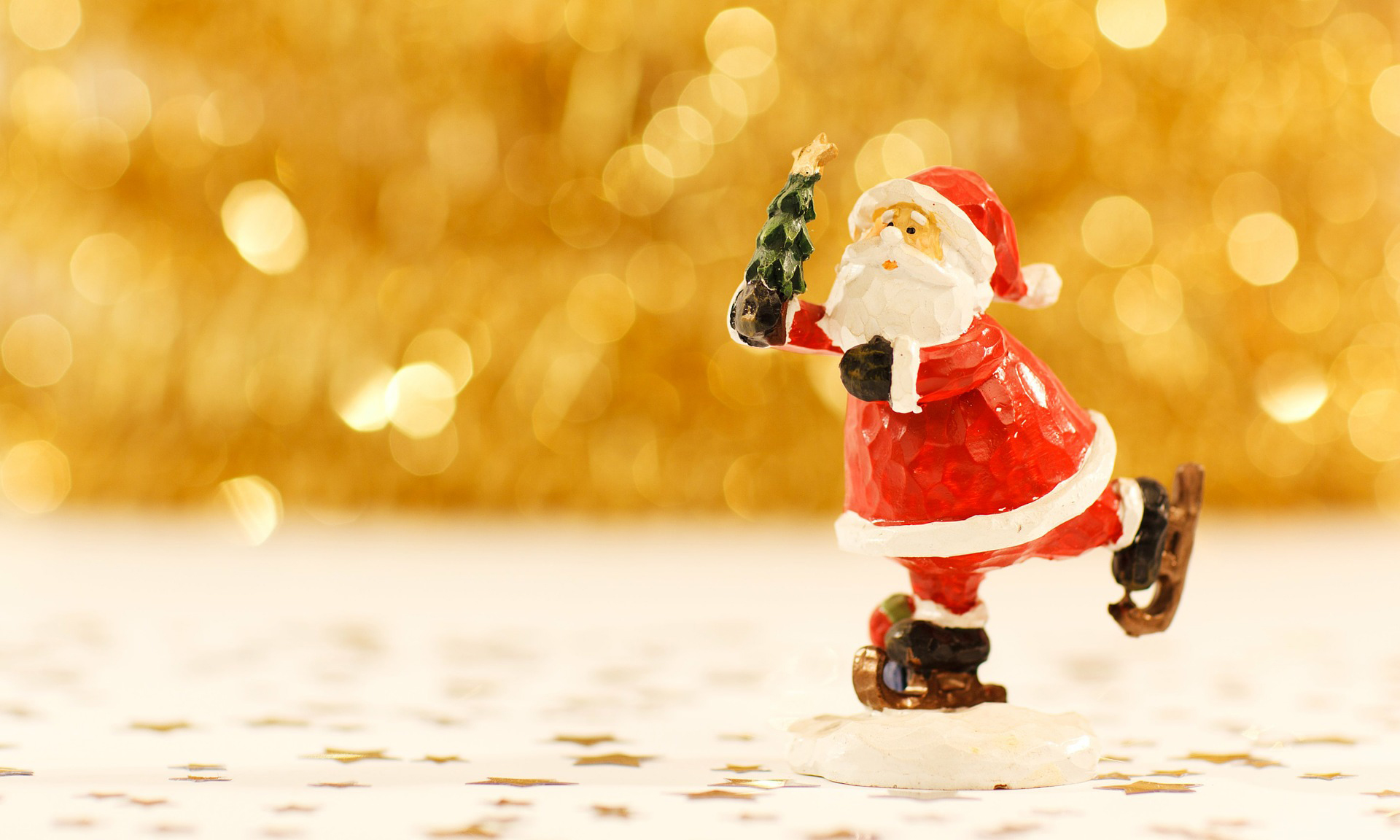 Santa has been in residence at Sylvia Park since the 17th of November, when he arrived, with much festive fanfare, by ceremoniously descending the escalator to take his seat on his big red throne – thankfully, unlike that other elderly man who has regrettably redefined the escalator descent for the modern age, arriving to bring happiness to the world. The extent of that happiness, in the year of Covid, then became clear, Allen said. “As soon as Santa arrived he was rushed by screaming children. It was like, ‘OK, whoa, we weren’t quite expecting that.’”

After all the stress and difficulty of 2020, Allen said that the impact of Santa’s arrival added a little magic to the centre. “It was just that ‘Hi Santa!’ that came through from the children so many times, and their joy. I spend a bit of time down on the set, and the happiness they get is the best part. And they get the photo, just to have that little bit of joy at the end of their year.”

Of course, there have been some precautionary allocations made – customers, rather than sitting on Santa’s lap, can, if they feel more comfortable, sit on a stool beside him. There is a booking system, so families don’t have to stand in a tight-packed queue; a text message will alert you when it is time to make your way back to Santa’s Forest. But key to the experience—and, in Level 1, with the freedom to do so – is making the experience familiar. Other centres, Allen said, had decided as a Covid precaution against letting kids sit directly on Santa’s knee. Here that decision rests in the hands of the families. “Once again, that’s the normality of years gone by, where they feel, ‘Phew, something hasn’t changed this year.’ It’s kinda nice.”

And, with that, it was time for our own Santa experience. We strolled past the shops, catching, fleetingly, a faint rumour of the Christmas jingles of each, until a bushel of green, surrounded on one side by a semicircle of prams pointed at an animatronic Rudolph, signified that we’d reached our destination.

My daughter is of an age, and of a current disposition, that gave me few reasons to believe this would end in anything in tears. But this Santa – one of the five men who don the suit, working four hours at a time – was a consummate professional. Sensing her wavering on the edge of tears, I was directed to have her face me and back her on to the wide thigh in the shadow of the beard; in this way, in the photo I have in front of me as I write, her face is animated by an expression that splits the difference between smile and frown, instead of the meltdown that momentarily threatened. She eagerly accepted her gift, a copy of Lynley Dodd’s Slinky Malinki’s Christmas Crackers, by immediately christening it in her mouth.

“What do you do for a living when you aren’t Santa-ing?” I asked. I had assumed, at this point, that I was chatting to the man behind the beard, after my daughter had had her photo taken with the character he was playing. But something about the seriousness with which Allen had earlier pointed out the room where the Santas prepare for their shifts – its windows papered over with Christmas wrapping paper so as to eliminate the chance of any child ever seeing two costumed Santas – should’ve prepared me for the fact he wouldn’t be breaking character. My assumption, I quickly found out, had been wrong. “Well, I start off by assembling a team of helpers, you see,” he began in a voice I can only describe as ‘Father Christmasy’. “And once I’ve got a team of helpers together we start building the toys.”

I, like any mid-career journalist, have interviewed my share of dissembling politicians, convicted killers, drug dealers, dreary sportspeople; that is to say, I consider myself endowed with the requisite level of cynicism.  But it seemed I was instantly disarmed. “You know, we’ve been in our hideouts a long time, and all over the world there have been rules and regulations we have had to abide by, but now everyone wants to receive a bit of love, and receive a good message. And that’s what I do as Santa, is just spread the word of happiness.” I found myself ending the conversation—out of earshot of any other human capable of understanding it – by promising to leave a big glass of milk and three chocolate-chip cookies under the tree for this man’s Christmas Eve sustenance.

Parenthood, in essence, is the relegation of one’s own interests below those of your child’s. And this, perhaps, was the first slackening of my Christmas agnosticism in the service of my daughter, whose own love for the Christmas season will surely grow as her burgeoning mind eventually allows each of them to accrue in her memory. In this year of contagion, I had caught something from the cooing bundle in my lap – how else am I to explain the silliness of my sustained make-believe conversation with this man? In any case, that afternoon I felt compelled to wrap the presents I had picked up after my conversation with Santa, making my first deposits of the season to the pile that had bloomed under the potted pōhutukawa serving as our Christmas tree. Perhaps, I thought, I am being born again.

This content was created in paid partnership with Sylvia Park. For more information on how you too can meet Santa Claus this holiday season, click here.