The dog park is so much more than an open space to let pups off the lead. It’s a place where deep human connections are made.

When The Spinoff’s general manager Mark Kelliher and his partner Sarah Van Uden moved to Auckland’s Te Atatū Peninsula they knew almost no one else in the area. Then they got a dog and a whole new world opened up.

On the western tip of the peninsula is a big, open, off-lead dog park. It’s here, after Billie the boisterous Hungarian vizsla arrived, that Kelliher found a new community of diverse locals and discovered the power of dogs to bring people together. New Zealand’s dog parks and urban green spaces are part of what makes it a special place to own a dog. They provide convenient, accessible places for dogs to live full lives, and they offer a place for humans to find friendship.

The couple bit off a bit more than they could chew when they got Billie – especially when, seven months later, their daughter Florence was born. Billie is absolutely full of energy. She loves everyone she meets and she likes to manifest that love with licks and jumps. The peninsula’s dog park became an essential resource for the family to give Billie a chance to expend some of her seemingly endless energy. But it quickly became so much more than a place to let Billie off the lead as they got acquainted with the people who frequented the park.

“Through the dog park I now know about 50 people. There are heaps of characters,” Kelliher says.

There’s Barb, the Aussie boomer, and her dog Kaya. There’s Ivan who lost a pup when it was four months old, and now has a new dog named Chase. There’s George the drain layer who walks another Kaya as well as Lati, and knows everyone in the neighbourhood. He had Kelliher’s family over for a Christmas barbecue with his in-laws and closest friends, serving brisket that he cooked all day. Robbie and Erica and their dog Zac are new to the peninsula and the dog park. “They’ve been here all of three seconds and they know everyone,” says Kelliher.

There’s Sam and Carla, who also have a vizsla named Billie; and Blake and Elin and their dog Bowbow, a labradoodle. Like Kelliher and Van Uden, both couples have young children and similar-aged dogs of equivalent exuberance. “We now have barbecues and drinks, I played nine holes of golf with Sam last weekend, our kids go to daycare together,” says Kelliher.

He has a theory about why the dog park allows these deep friendships to form. First it gives you permission to engage someone for a yarn. “If you have a dog and someone else has a dog, you’re instantly allowed to go and talk to them about their dog. The whole social barrier is broken down. Then you kind of figure everyone out and you can move past the dogs. The dogs become secondary.”

Second, even if you’re from different backgrounds, of different ages and with different interests, dog owners are kindred spirits.

“With dog people there’s a shared mindset because we care so much for something that isn’t human. You recognise in each other the shared sense of love and support for something beyond yourself and your family,” Kelliher says. 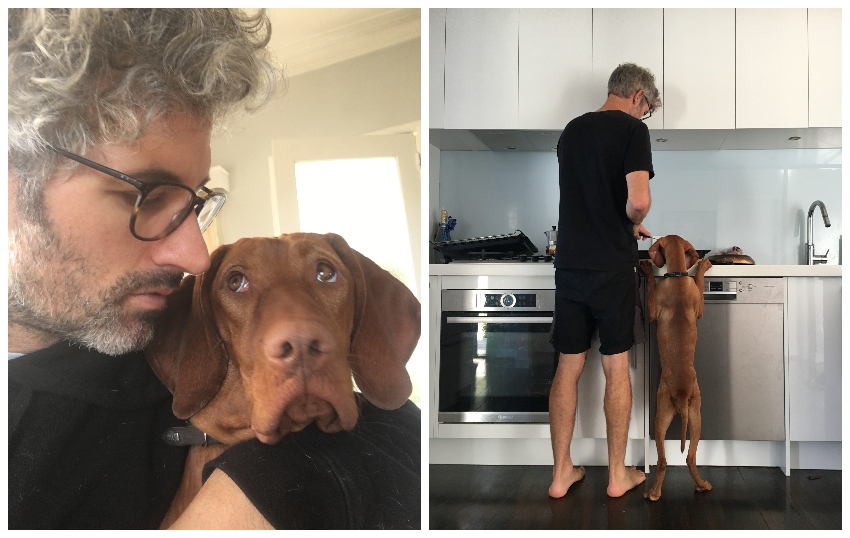 Kama Scretching and her husky Kazu couldn’t imagine a better place to be a big dog than Auckland. He’s often allowed inside at her favourite cafes and to trot around Bunnings, the Kakamatua beach where he can roam off lead is paradise for a hot husky in summer, and the Meola Reef dog park is their favourite inner-city spot full of long grass, bush and other dogs.

“It’s a pretty amazing place to be a big dog,” she says. “My sister was recently living in New York. She would send me photos of the dog parks over there and it was a fenced off block of concrete.”

Because it’s such a great place to be a dog and dog owner, New Zealanders see huge benefits from that relationship with their pets. According to the Southern Cross Healthy Futures Report 2020, 87% of respondents see their pets as members of the family. That bond has huge payoffs and a further 87% of those surveyed believe pets are good for the health and wellbeing of their owners, with 85% saying pets help to relieve stress. Dog owners like to anthropomorphise their animals with characteristics like humour, empathy and grumpiness. Scretching thinks dogs get many of those traits from their owners. And just like her, when Kazu is at the dog park, sometimes he prefers his own company, while other times he likes to socialise with others.

“There are days when he’ll want to play with the dogs and days when he’ll go and explore on his own,” she says. “Similarly, huskies can be very vocal dogs. But my partner and I are both quite quiet and Kazu is quiet and super mellow.”

And just like humans, dogs form cliques and crews at the dog park. They know who they want to spend their walk with. At the Meola Reef park, Kazu was always drawn to a dog named Aura. Then Aura moved to Christchurch. She’s recently come back and they were reunited, picking up their friendship like she never left.

Huskies are famously intelligent, independent, and a bit stubborn. They love to take off on adventures of their own, and can be tough to get back once they’re off the lead. That’s why the fully fenced Meola dog park is such an asset for Scretching and Kazu. But even within the confines of the park’s boundary, Kazu knows how to push the limits.

“He loves a dip in the mud. If we’re at Meola and he’s been running around a lot, he’ll take off from us, look back halfway and dive into that stinky puddle. He knows what he is doing is cheeky, but he still does it. If he’s been in once, there’s no going back.”

Kazu is Scretching’s first dog, but now she can’t possibly imagine life without his presence. When he’s not around it feels like something is missing.

“He’s got a huge personality. There’s a lot of moods that come from him. He’s super entertaining. I don’t know what we ever did without him. It must have been so boring.” 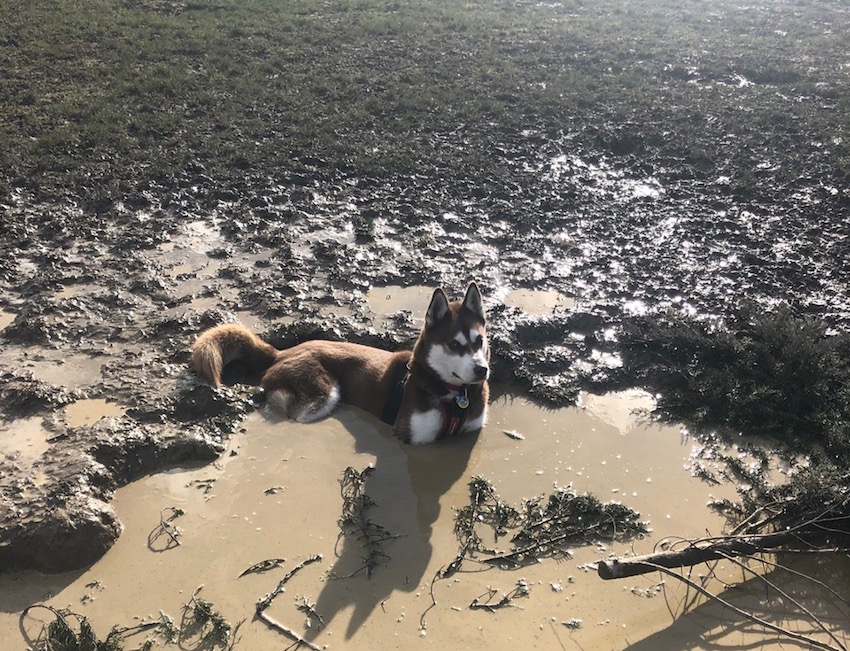 Kazu has an annual subscription to the Animates dog shower (Image: supplied)

For 10 years veteran journalist Mike White has been walking Cooper, his SPCA-rescue huntaway, at Tanera dog park in Wellington. He’s built a close bond with the people he sees there every day and his dog-walking companions have become a special part of his life. Those relationships were so strong they became the source material for a book.

In How to Walk a Dog, he captures the characters – both human and canine – who have become his close friends from a decade spent together at the dog park. It’s an intimate insight into the human relationships facilitated by Cooper. It’s full of funny, heartbreaking and inspiring human stories the group have shared through walking their dogs together.

It’s also a profound study of what dogs give their owners, what makes them so special and how the dog park is a celebration of their role in our lives. Dogs teach us about unconditional love and forgiveness. And inevitably they teach us about death and grief. Rain or shine, the dog park is the place to be (Image: supplied)

They teach us about our own humanity. “Dogs are great levellers,” writes White. “Everyone picks up poo.”

They teach us how to be selfless, how to put something else’s happiness before our own. The book reminds us of why we own dogs. They bring us joy, comfort and healing.

“You can never stay sad or angry for long at the dog park.”