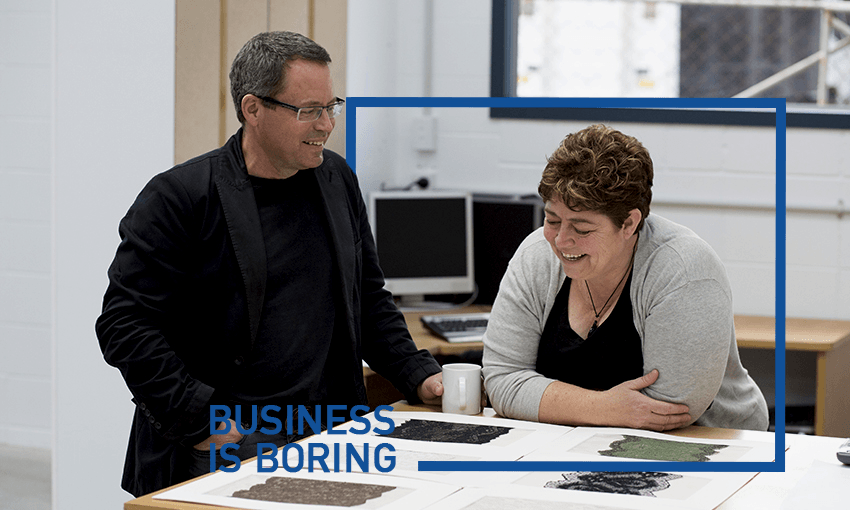 Rose & Thorne: How a lost job led to selling more than a million bras

Business is Boring is a weekly podcast series presented by The Spinoff in association with Callaghan Innovation. Host Simon Pound speaks with innovators and commentators focused on the future of New Zealand, with the interview available as both audio and a transcribed excerpt. This week he talks to Sue Dunmore, co-founder of lingerie brand Rose & Thorne.

A couple of decades ago there was a big lingerie industry here in New Zealand. But in 2010, Bendon made the call to pull the last of their New Zealand operations out.

This moment left Bendon’s former head of design (Sue Dunmore) and CEO (Stefan Preston) wondering if there might be a way to make a different kind of underwear company, one with products that were designed here, based more on fit than trends, and matched affordability with comfort.

In 2011, Rose & Thorne was born with the goal to change the entire lingerie experience. Bras, as most people already know, can be bewilderingly expensive. But Rose & Thorne’s first big customer was the Warehouse where bras sold for just $25.  Since then, they’ve expanded to retail, international sales and have sold something in the region of a million bras.

To talk the journey, turning a lost job into a multimillion-dollar opportunity and what’s next,  Rose & Thorne co-founder and managing director Sue Dunmore joins me now.

We used to have quite a thriving lingerie industry and Bendon was a huge force.

For such a staple item, there are a lot of steps, machinery and materials involved, aren’t there? What goes into making a bra?

It is, it’s actually a feat of engineering rather than your standard clothing. There can be well over 40 specific, different pieces to make a bra and the construction is actually more like making a bridge than it is making a T-shirt. You have to understand 3D technology, forces and weights because let’s be fair, at the end of the day, some of the boobs are very big, very heavy and they need to be held up by what can appear to be very light fabrics. There’s more structural engineering in a bra than a t-shirt.

They also need to be comfortable.

Exactly. It would be terribly easy to make a bra out of something like kevlar. It would do the job for you but it wouldn’t be comfortable and no one would want to wear it.