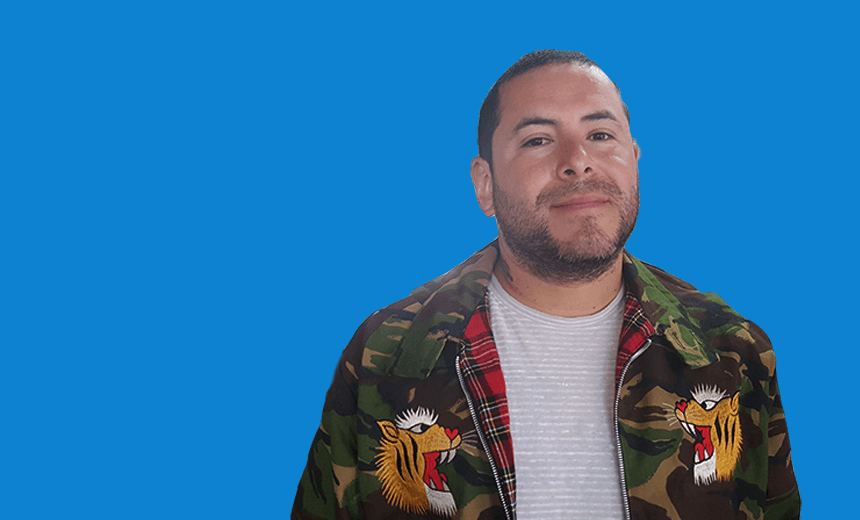 Adàn Tijerina is the director of Almighty Beverages. It’s a Wellington based company producing a range of organic juices now to be found in stock around the country. It’s hard graft making a boutique company work, particularly one that has a organic and community based ethos at heart. But hard work is something Adàn’s well acquainted with. His background includes farm work in the States, working with the homeless, running some of Wellington’s most iconic bars and restaurants, the Wellington orchestra and finally helping drive the Almighty ship. Simon caught up with Adàn while he was on a business trip to Auckland and enticed him to The Spinoff towers for a chat.

What are the commonalities in a hospitality business to trying to build a fast-moving consumer good?

Hospitality businesses are cash flow businesses. You get used to doing as much as possible on very little. I’ve spent the last two nights sleeping in my business partners lounge up here in Auckland, so this is how we run our business. We spend the money and the effort and the resources in the places that matter.

And people, which I imagine in hospitality, to be running people in a room full of perishable things is a pretty amazing thing. How does that translate to building relationships?

That’s really where my interest has always been. I’ve done a lot of different things in New Zealand in my time here. Only a fraction of it has been in the hospitality industry. I’ve been a producer, a project manager, I used to run an orchestra and I would often joke with my board that most days I look like I should be running a cartel but I’m running an orchestra, and really for me it is about connection with people, building relationships in communities, coalition building, and leveraging partnerships. A lot of those skills for me were born out of necessity, growing up where I did, and doing a lot of the work that I was doing overseas on the streets, and you get used to dealing with people and reading situations and navigating your way through those in ways that make people feel like they respect you and they care and they want to work with you.

Tell me about that. Where was that growing up and how does that help you now?

I grew up in a Mexican community east of Seattle, up in the north-west. That’s part of the other reason why I’m very interested in organics and a proponent of organics. Like most Mexican families we were a farm working family, migrant farm workers, and I became very interested and involved very early on in my life in farm worker justice. Latino farm workers in the US have far higher rates of cancer than other populations. They’re exposed to cancer-causing agents and chemicals through pesticides and the harvest work that we’ve typically done for a number of generations. So that’s where my interest was early on. To be honest I was also just a bit of a hustler growing up, I’d travel around the West Coast buying and selling to do what I had to do to get to the next place. That’s how I made a living for a fair few years of my life. I worked in Mexico City on the streets teaching homeless kids about art and just how to get by, really, in the really threatening environments that they were in.

How do you go from there to running an orchestra?

I think it was the board recognised that the orchestra sector as a whole in New Zealand needed some freshening up, someone with some fresh eyes and a diverse background in cashflow business and hustling really. Connecting with communities and a knowledge of Wellington as well. I’ve only been there 17 years and I wouldn’t consider myself a New Zealander but I’d certainly consider myself a Wellingtonian.

That’s really interesting. I listened to a fascinating thing on an NPR show that was saying people who have been economic migrants or immigrants are kind of the ideal entrepreneur because they’re self selected people that can push further, go harder and get out of the comfort zone. What are your thoughts on that?

I’d certainly agree. There’s a small community of us Mexican’s in Wellington and we quite often say ‘somos pocos pero locos’ – we’re few but we’re crazy. Not crazy in a deranged way, but we will do what we have to do to get by, to support our families, to support our communities and to lift one another up. We’re used to having a lot less, and we realise the level of our privilege being here in such a wonderful country, so we have a level of responsibility that goes along with it.