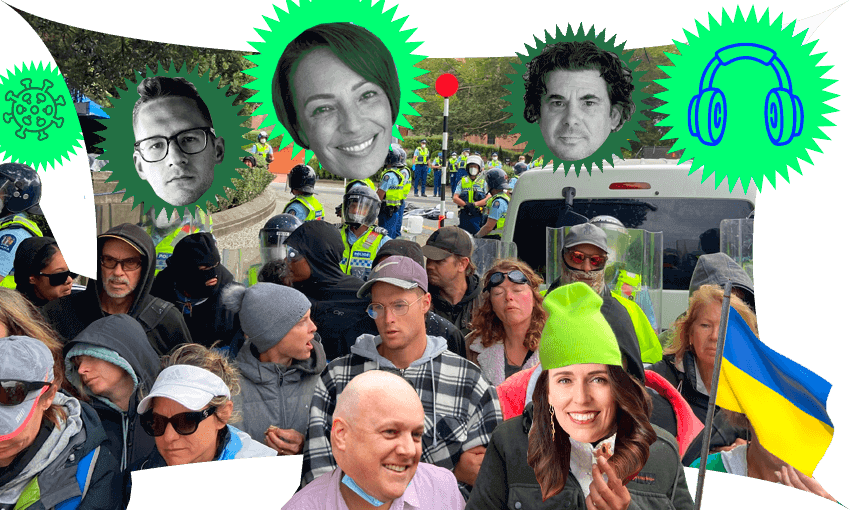 Crackdown on parliament occupation: what happens next?

A special new episode of Gone By Lunchtime on the latest from Wellington, the political response and the omicron surge.

As a huge police operation attempts to put an end to a weeks-long occupation of parliament grounds and the surrounding streets, The Spinoff’s political editor Justin Giovannetti joins Gone By Lunchtime from a press gallery studio with the very latest, telling the podcast’s Annabelle Lee-Mather and Toby Manhire about the changing mood of the occupation and how the size of the crowd had dwindled in recent days.

The three talk about the occupation and the government response. Did Jacinda Ardern get it right? Was Chris Luxon right to diagnose a New Zealand divided? And should the action be called “an anti-mandate protest” or is it something else? Plus: Are we witnessing a new, poisonous, violent threat to the prime minister and politicians? Can the protesters coalesce into a force at the next election? And where is regular Gone By Lunchtime host Ben Thomas?

They also tackle the dramatic wave of omicron washing across the country, Ashley Bloomfield’s mea culpa on a big overestimation of PCR test lab capacity and the New Zealand response to Putin’s invasion of Ukraine.

Listen to Gone By Lunchtime now on Apple Podcasts, Spotify or your favourite podcast provider.