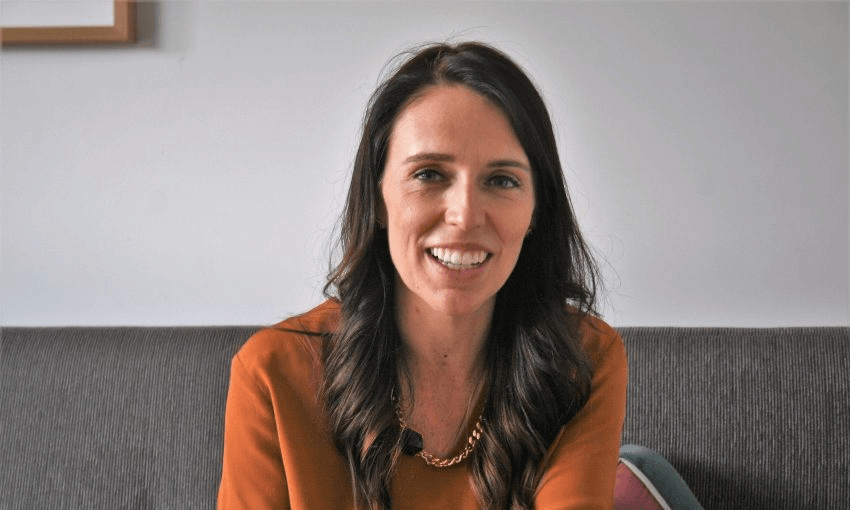 Jacinda Ardern in her own words: the Spinoff interview offcuts

Earlier this week the Spinoff visited the prime minister at her Auckland home for a wide-ranging interview. So wide-ranging, not all of it made the cut. Below, Jacinda Ardern on Winston Peters, the arts, sexism in politics, Auckland, and Donald Trump

“It had always been said to me, of those who worked with NZ First from 2005 and 2008, when I wasn’t present [as a Labour staffer], I’d left by then, that the relationship was strong, there was a really strong principle of being really respectful of one another as parties, and that made for a really successful support party arrangement, I have found that to be absolutely true.

“We get on really well. I think because, you know, in the way that I run my political relationships, I’m quite old fashioned. I like to be very open, inclusive and respectful. And I’d like to think that both my confidence and supply and coalition partners would hopefully see that.”

On finding ways to measure child poverty and the rest

“I’m spending a bit of time working on that now. The last government used better public service targets. But they were very, very specific, very focused. In our view they didn’t quite get to the core issues. So the example I always use is rheumatic fever, rather than looking at overcrowded housing and child poverty rates. Places like Canada have used dashboards, often of general government priorities and then marked off whether or not they’re achieving them on their own measure. OECD have gone in and done regional assessments of how we fare across things like access to the internet, our educational outcomes. And then there’s the work we’re doing on our living standards framework. So taking it as a whole I’m trying to think about ways that we can build much broader accountability measures that also talk about our wellbeing as a nation, that aren’t piecemeal, that really give us a sense of how we’re tracking environmentally, socially, economically. That piece of work is taking a little bit of time, I don’t want it to take too long.

“Treasury has a role to play. But for the child poverty measure, for instance, we’ve already figured out how we’re going to do it. There are international measures, with the exception of one, that we have to build a little bit, around persistent poverty. Mostly we have a framework to get that data, in the household Income Survey. So we’ve said, OK ,we’ve got a way of doing it. We’re going to measure it annually, report on it as part of the Public Finance Act, and set targets and set a strategy to deliver on it. And we’ll make ourselves accountable.”

On expectations in the arts community from their new minister

“I know they’ll have absolutely no question around our commitment and dedication. And I know, because I’ve heard them say it, they also understand the pressures that we’re under. And we’ve been really clear right off the bat that the things that we’ll prioritise really early on were things like our incomes package. I know there’s huge support for that. But it does create flow-on limitations.

“There is a little mix of things that we can do. But the budget is going to be pretty constrained, because we basically poured a huge amount into education and into families and incomes. I can be really honest that there’s no way to tighten their belts in the arts community. There’s just not. They run on the smell of an oil rag. Having said that of course, I support the finance minister in what he’s undertaking.”

“There are some short term options there. They’re not as ideal as the long term, but I’ve said to the team, look our Build programme is going to take a while. We’ve got to think about how we can create relief as quickly as we can. I imagine we’ll be measure on that. And whether or not people see that you’ve made inroads on some of those bigger things, like rail to the airport, how far along are we from kicking that project off?”

On sexism in politics

“Relative to what I’ve seen elsewhere, I feel grateful in comparison. When I look at Australia, or the UK, or the United States, I feel relatively positive about our progress. But not complacent. Probably my concern is that if we take politics as a pure marker of our progress generally, we’re probably a bit off the mark. We’re not always the same.

“We’re one slice of society and I hear stories all the time that make me think we’ve still got a way to go … The worst sexism I ever experienced was not as a politician, but as a new grad in a job.”

On Trump, and how she’d deal with a hypothetical request for a visit to NZ

“In the same way we do with anyone who requests a visit. I’ve got to make sure that we continue to further New Zealand’s interests. That’s my job and that’s what we’ll do … We’ve got to keep a relationship with the United States. No one will be under any doubt about where my politics sit on that. Regardless of who visits, no one will think that’s changed, either.”

Read the full interview: ‘No room for doubt that I can do this’ – the Spinoff meets Jacinda Ardern