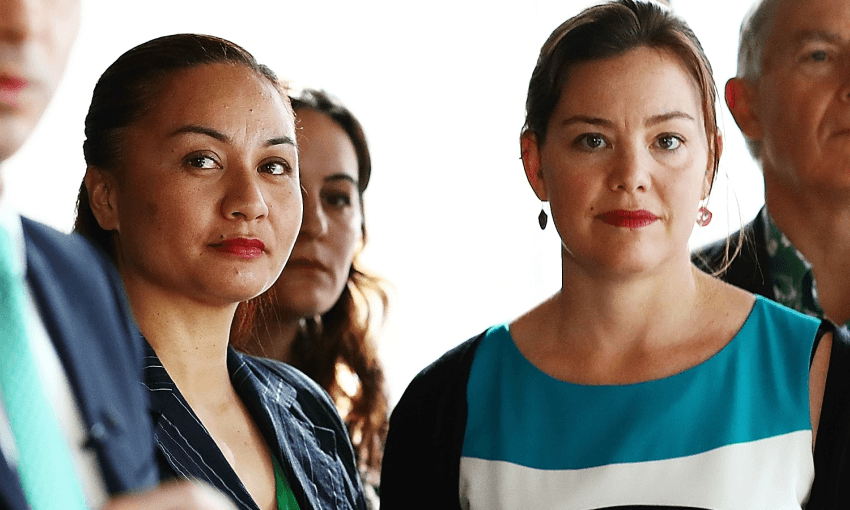 Welcome to the Cheat Sheet, a clickable, shareable, bite-sized FAQ on the news of the moment. Today, it’s the Green Party co-leadership race.

Doesn’t the Green Party already have a leader?

They do, a guy called James Shaw. But if you remember back to the ancient times, before Prime Minister Jacinda Ardern, before the senior ranks of the National party shuffled off into the sunset, before David Seymour was announced as a Dancing with the Stars contestant, you might remember that the Green Party had co-leaders. The other one was Metiria Turei, but she resigned before the election. The race to replace her has been interminably long, with the process being announced back in February, and backroom manoeuvring undoubtedly taking place ever since Turei’s resignation.

So who can I vote for?

Well, nobody if you aren’t a Green Party member. If you are a member, then the choices are Marama Davidson or Julie Anne Genter. Davidson is a former Human Rights Commission staffer and anti family violence activist, who was once detained by the Israeli navy while part of an aid flotilla to Gaza. Genter is a California-raised transport planner who has allegedly never been photographed without some form of bike close to hand.

What if I want to vote for Chlöe Swarbrick?

Tough luck, she ruled herself out, along with Conservation Minister Eugenie Sage, Justice Under-Secretary Jan Logie, and spokesperson for pretty much everything relating to foreign affairs Golriz Ghahraman. You also can’t vote for the impishly charming Gareth Hughes, as this is a race for the female co-leadership.

How does the voting work?

Each branch has a set of delegates (between 1-4) and the branch decides by consensus (a fancy word for ‘discussing and voting’) how the delegates will be directed to vote. The big four member branch Wellington Central is understood to have split 3-1 for Marama Davidson, whereas another big branch Rongotai is understood to have split 3-1 for Julie Anne Genter. Some branches may even end up voting 1-1, or 2-2, or pretty much any combination of those numbers.

One interesting detail is that the delegates aren’t actually bound to vote along the lines their branch decides. It would be incredibly weird, and probably quite politically damaging if they didn’t, but it’s technically possible that like in the American electoral college system, delegates could go rogue.

So what’s the major difference between the two candidates?

In some ways, the policy differences are minimal. The way Green Party policy works is that members have a strong say over what gets formulated, and MPs are reasonably closely bound to that.

The big difference between the two is that Genter is a minister (Associate Transport and Health, Minister for Women) and Marama Davidson is not. Because of the somewhat arcane relationship between the Green Party and the current government (it’s technical, but they’re kinda both in it and out of it at the same time) Davidson argues that it’s better to have one co-leader completely outside of Cabinet, who can criticise the government and be a voice for members. Of course, it’s unclear how exactly criticism of the government would happen now that the Greens have decided to give the bulk of their parliamentary questions to the National Party.

Genter argues that as a Minister, she would be able to secure solid policy wins as a co-leader. She was notably present during the recent announcement of an increased fuel tax to pay for road safety and public transport, though was half obscured by Phil Twyford’s shoulder in most of the photos. I’m sure there’s a metaphor in there about how the Greens are faring in this government alongside Labour.

If you want to watch a full and informative half hour of two people being quite nice to each other about small political disagreements, Stuff reporter Henry Cooke hosted a video debate between Genter and Davidson.

*PICTURED BELOW – CANDIDATES BEING QUITE NICE TO EACH OTHER*

.@MaramaDavidson broke her toe last weekend. Bumped into @JulieAnneGenter wheeling her around @NZParliament to get to meetings in efficient time. Cant think of kinder nor more hilarious co-leadership “competitors” #nzpol pic.twitter.com/uhwmIzMcCU

And who’s going to win?

Do you have a spare coin? At this stage, you’d have as good a chance picking the winner by flipping it. The general consensus is that Marama Davidson will just edge it out, and the sentiment that the Greens would be outliers if they didn’t have at least one Māori co-leader could be influential. What isn’t likely to be influential are the threats made by a small number of Young Greens to quit the party if Julie Anne Genter wins. Most members would likely feel the party would have a better chance of survival united around the winner, rather than spending the next few years on factional battles. And survival is really at stake for the Green Party in this term – their vote fell to just 6.3% at the last election after some very ugly infighting during the campaign.

All will be revealed this Sunday, when the results are announced.