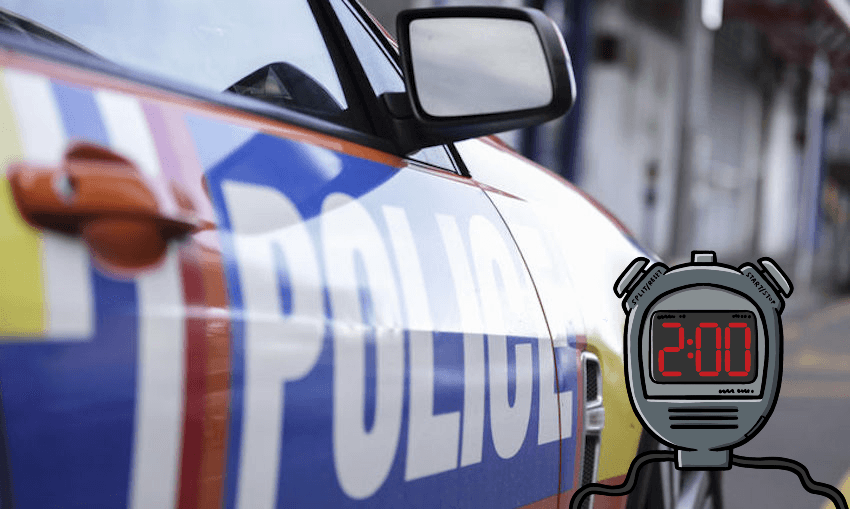 Election 2020: The crime and justice policies in two minutes

Voting is under way in the New Zealand general election. Explore the main parties’ pledges at Policy.nz, but here’s a whistlestop tour of what’s on offer when it comes to crime, justice and policing.

There are few policy areas where the gap between the parties is more stark than crime and justice. For those on the right, addressing crime often (but by no means always) means more enforcement and tougher penalties; for the left, the same problems are best solved through social services, rehabilitation and in some cases even decriminalisation. Is that the case in 2020? Here’s where the parties stand.

Law and order has long been a National Party bedrock, and it’s again a focus in 2020. Many of its policies target gangs, including higher sentences for gang members and the establishment of a specialist gang unit within the police. It’s also calling for a “social investment” approach to criminal justice policy, which boils down to setting rigorous targets and using data to decide where resources should be focused.

Act wants burglary added to the three strikes regime (currently limited to violent, sexual and drugs offences), meaning someone convicted of a third burglary offence would get the maximum sentence of three years in prison. On the other hand, it wants prisoners who complete literacy programmes – and even driving licence tests – to be rewarded with reduced sentences.

The Greens win the award for most ambitious criminal justice policy proposal: over time, they want to end mass incarceration as we know it, by replacing most prisons with community-based rehabilitation programmes. Other policies include a move to “by-Māori, for-Māori” criminal justice processes and giving all incarcerated people the right to vote. It also wants to repeal the controversial “three strikes” policy, a move The Opportunities Party also supports.

Labour’s criminal justice policy is low on specifics, but the party says it plans to continue to reduce the prison population while further increasing funding for crime prevention strategies.

The Greens were vocal in their opposition to the recent Armed Response Trials, and oppose any further use of armed police patrols. They also want police to undergo regular de-escalation training.

Along with the police gangs unit mentioned above, National would increase police numbers in rural areas and fund the expansion of mental health facilities in policing.

It’s worth highlighting NZ First’s target of 1000 new frontline police officers over three years because it’s not just a policy but an election pledge, a promise made to voters should it be returned to government. Like the Greens, NZ First is concerned about the “creeping militarisation” of the police and wants an independent review of the arming of police with military-grade assault rifles.

Labour has no policies on policing specifically, but its platform highlights the fact that the country now has the “largest and most diverse police force in New Zealand history”.

As with much of its 2020 platform, Labour’s family justice policies point to first term achievements like the increase in funding for family violence services and enhanced legal protections in the workplace for people affected by domestic or family violence.

As part of its target-driven social investment approach, National would implement regular reporting and a clear reduction target for the number of children experiencing physical and sexual abuse, and a target that all sexual violence offences must be dealt with within 12 months. It also wants to make knowing about child abuse but failing to report it a criminal offence punishable by three years in prison, a policy also supported by Act.

The Green Party’s extensive family justice policy has a non-punitive focus. It wants increased funding for specialist support services for victims of intimate partner violence and sexual violence, as well as for violence prevention education and early intervention programmes. The Greens also want more emergency housing for men at acute risk of harming others, and would review emergency housing services for victims.

Act has made firearms policy a cornerstone of its 2020 election campaign. It wants to repeal the Arms Legislation Act passed earlier this year – which includes the establishment of a nationwide gun register due to come into effect in 2023 – and replace it with legislation created in collaboration with interest groups including the firearms community. As part of the reversal, the planned gun register would be abolished. Like National, Act wants firearms legislation to be targeted at gangs, and would make it easier for gang assets to be seized where illegal firearms are involved.

While it doesn’t support overturning the Arms Legislation Act, National thinks it went too far and wants to amend it to include “commonsense” exemptions for law-abiding gun owners. National would ban gang members from holding firearms licences entirely, and wants police to have the right to conduct warrantless searches of certain high-risk gang members where police have reason to believe they are in possession of firearms.

Like both National and Act firearms policy? New Conservative might be the party for you: it supports both a ban on gang members owning guns, and overturning the Arms Legislation Act.