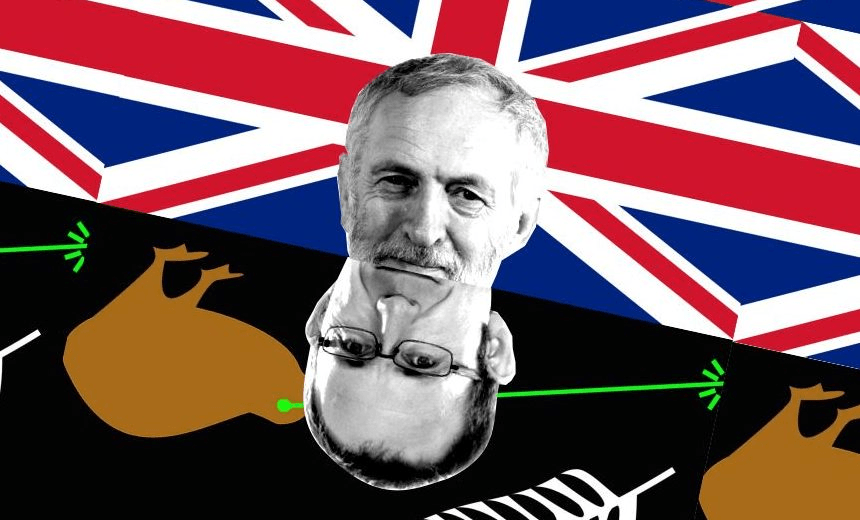 Corbyn copy: the lessons of a resurgent UK Labour for Andrew Little’s crew

Wait, Jeremy Corbyn could actually become the prime minister? How might the Labour Party in New Zealand copy its British counterpart and lessen the electoral despair, asks Hayden Donnell in a dispatch from somewhere or other in the UK

Just three months ago, the UK Labour Party had the electoral currency of a bloated corpse. Polling showed it trailing the Conservative Party by 147%. Its leader, Jeremy Corbyn, was level with the Black Plague in the preferred prime minister standings. Even reputed communist Owen Jones was saying he should resign. When Theresa May called a snap election for June 8, the first thing most Labour supporters did was bicker over whose fault it was they were going to lose.

The New Zealand Labour Party faces a similar challenge. It too has to beat a more popular, long-standing government of the right led by a new prime minister who won his position by virtue of being the least terrible candidate.

What lessons can it learn from its sister party in the Motherland? I moved over here three months ago exclusively to investigate, and these are the key learnings I have obtained.

It’s unfair to say Theresa May is an android. Androids have complex circuitry and the ability to at least mimic human emotion. Theresa May is more like a 1982 Commodore 64 that’s been banged with a hammer and told it has to pass the Voight Kampff test. The prime minister has run such a terrible campaign that even the landed gentry in charge of The Telegraph have given their younger staff permission to own her online. She answers every question with the same string of banalities.

She avoids debates. She constantly looks like she wants to sick up in her hat. As columnist Michael Deacon wrote, May is a “panicking English student who sees a question on the exam paper about Shakespeare, and so just regurgitates everything she knows about him”. Her performance has made Jeremy Corbyn, who can give the impression he’s been genetically engineered out of competing strains of weak tea, seem like a supernova of charisma.

At first glance, that sounds like good news for Andrew Little. His opponent, Bill English, is so boring he tried to humanise himself by posting a 54-second video of his “walk-run”, which contained the memorable lines “This is a bit where I run” and “When it’s like this, I walk”. But whereas May’s boring responses seem to be induced by a mixture of incompetence and animalistic terror at having to know things, this appears to be English’s actual personality. For all the fakery of having to come up with social media strategy to appear relatable to voters, he doesn’t come off as a fake. That weird honesty helps him walk-run all the way through the spectrum of boring, until he’s essentially so boring it’s interesting. To win, Labour must transplant May’s brain into English before the election campaign and turn him into a flubbering goon incapable of answering even basic questions, just like they did before the 2002 General Election.

The lesson of the 427 years since Bernie Sanders entered the US presidential race is that people like politicians who believe in things like “integrity” and “not being a huge sellout”.

Corbyn’s rise to relevance coincided with the leak of the Labour manifesto, which contained policies such as making tuition free for all students, taxing rich people, re-nationalising railways and properly funding the NHS. Nearly everyone in politics and the media immediately condemned the ideas as electoral suicide. Labour immediately began climbing in the polls. It turns out being properly left-wing isn’t a death sentence anymore. Maybe NZ Labour could try out some proper taxes or something? On that note…

It’s an idea whose time has come.

Have another leader take over your party two years ago

Andrew Little cracked a couple of jokes during his introduction as Labour leader. He was immediately dragged into a filing cabinet and beaten for failing to speak like a politician. Since then he’s spent his time getting angry at Guyon Espiner and looking like his head is being squeezed off by his shirt collar.

Labour probably need to vote in someone else with a little more potential popular appeal. Preferably this would have happened one-to-three years ago like it did with UK Labour.

Like David Cunliffe, Corbyn is hated by many of his colleagues and undermined at every turn. Unlike Cunliffe, he’s extremely likeable to some people and has a few popular policies.

Little could also purge his Party of traitors, except for the first time in 1000 years, there don’t seem to be any.

Fool your opponents into condemning their own colleagues

This was an extremely embarrassing moment for the British defence secretary, Michael Fallon, and would likely do some damage to National if it was replicated in New Zealand.

If this fails, NZ Labour could try fooling their opponents into telling a nurse who hasn’t had a pay rise in eight years there’s no “magic money tree” to help her, while almost literally at the same time guaranteeing there’ll be no extra taxes on top earners.

I can’t insist enough, maybe don’t do any of this stuff. Things are different in New Zealand and what works in the UK might not work over there. Feel free to mix it up a bit and try new things

There really is almost nothing New Zealand can learn from the United Kingdom. It’s a different country, with a different voting system, and an entirely different set of unlikeable sadsacks running the country.

Even if NZ Labour did all the same stuff as UK Labour, we’d probably still vote them out because Andrew Little was caught farting in a pool or something. Politics is a mostly unsolvable enigma, and anyone writing these kinds of columns, including and especially me, is making stuff up even more egregiously than most economists. Having said that, NZ Labour would probably win if they followed Corbyn in maintaining an incredible passion for photographing manhole covers.