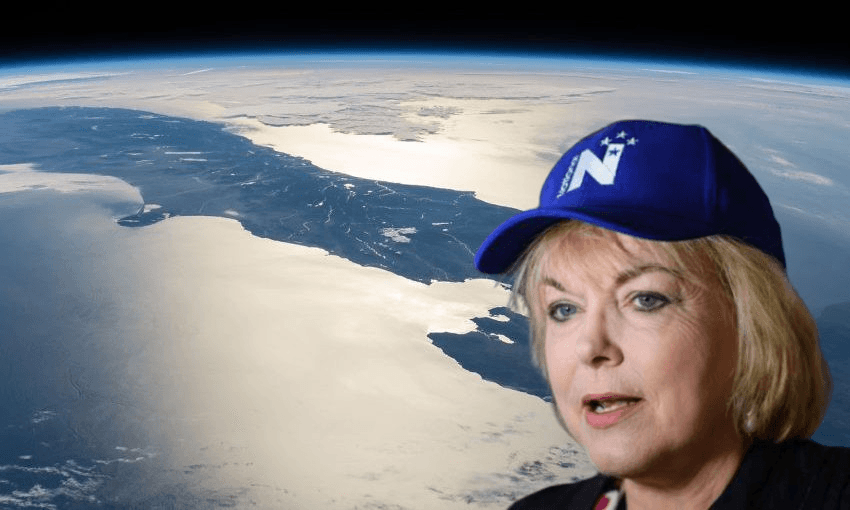 A short note on Judith Collins’ apathy over carbon emissions

By David Galler
Guest writer
Made possible by

In the pressure of the moment people say things they often come to regret. For some it’s the result of a slip of the tongue, a simple mistake; sometimes it’s an attempt to be bullish and occasionally it’s the result of the kind of mendacity which we have become increasingly familiar with from many so called world leaders.

I saw a jaw dropping example of that in a recent political debate when the leader of the opposition, Judith Collins, said she saw little reason for New Zealand to reduce our own greenhouse gas emissions because according to 2014 statistics, New Zealand only contributes 0.17% of total global emissions. On that last point she is factually correct: since New Zealand is a small island nation at the bottom of the world we wouldn’t expect our emission profile to be anything else. But of course there is much more to her comments than that.

On the face of it, given those raw numbers, she may well think that the world wouldn’t miss us if New Zealand was to withdraw and renege on our international agreement to play our part in this global effort. But I bet there would be a collective gasp of disbelief that a country with such a proud record on the international stage as us would choose to join the United States, Brazil, Angola, Eritrea, Iran, Iraq, Libya, South Sudan, Turkey and Yemen in walking away from the Paris Accord.

Her comments are reckless because we know that humankind’s future on this planet will be dramatically altered and potentially cut short by the impact of global warming. Despite the science being clear for so long, and the processes driving the climate emergency becoming irreversible, the planet is now closer than ever to points of no return.

Her comments are reckless because she is denying the opportunity presented to us by the collective strength we demonstrated in our response to the global pandemic – an opportunity to build a better future for all New Zealanders that prioritises health and wealth for all, not just for the few.

Her comments are reckless because they fly in the face of the legislation she and her parliamentary colleagues supported in November 2019 to pass the Climate Change Response (Zero Carbon) Amendment Act.

Her comments are reckless because now, more than ever, New Zealand needs a robust opposition that pulls us forward, not one that drags us back.

In the words of the Climate Commission:

“In every role we hold we need to consider how each choice we make increases or decreases greenhouse gas emissions and better prepares me, my family, my business, my community, Aotearoa and the world for the future. Every investment, every decision, every action, needs to consider its emissions contribution and impact on our progress toward a climate-resilient society. This is also about opportunities – not just about what we need to give up. It’s about how we use known and new technology and innovation to reduce emissions and enhance removals. How we create jobs, grow the economy, and enhance our lives and livelihoods. We must confront choices and trade-offs, but we can create a better world – less vulnerable, more sustainable, and more resilient.”

This is the time for each of us to step forward to embolden our leaders to take the steps they know must be taken. That’s what I’ll be doing come election day.