The PM is ‘running for the hills’, says the Newstalk ZB host. ‘She, and all her ministers, will continue to appear on the show as and when issues arise,’ says the prime minister’s office.

Monday mornings for Jacinda Ardern have long involved a flurry of media interviews, where the prime minister hops across the dial and sets her agenda for the week. Things were different today.

She was missing from her usual Monday slot with a combative Hosking on Newstalk ZB. She also has yet to make an appearance on RNZ. Both command enormous morning audiences. Instead, Ardern retained her TV spots on the AM Show and Breakfast.

In a statement, Ardern’s office said she hasn’t reduced her number of appearances but has just changed where she’s appearing, confirming her decision to stop regularly sitting down with Hosking.

“The prime minister’s schedule of media appearances has been reviewed and while it hasn’t reduced overall, it has changed. The PM will no longer do a weekly slot specifically on the ZB morning show. However she, and all her ministers, will continue to appear on the show as and when issues arise,” a spokesperson for the prime minister said in a statement.

The spokesperson said she would continue to appear weekly on RNZ, though not necessarily on a Monday.

Ardern has appeared on a range of non-news-focused radio stations in recent days. Instead of fronting a Beehive theatrette briefing last week, her office said she had instead spoken with the Rock, the Breeze, Mai FM and the Country. 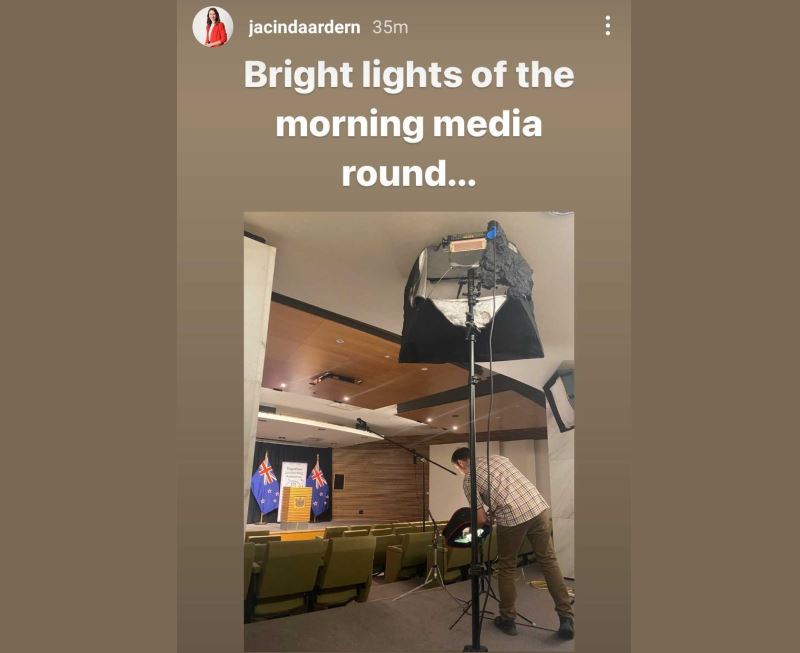 Hosking told his audience today that the the prime minister’s decision was related to his tough questions.

“She is running for the hills. She no longer wants to be on this programme each week,” he said.

“The somewhat tragic conclusion that is drawn is that the questions she get, the demand for a level of accountability, is a little bit tough. So officially, her office will tell you that the they are rearranging the media schedule this year and maintaining the same number of interviews. This appears not to be true.”

Shame the PM doesn’t have time for @NewstalkZB on Monday morning. All those tough questions…

He added: “They originally rang us and told us this well over a month ago but various developments, mainly Covid-related, made an appearance here a necessity. At the time we got the call, and the line about rearranging, we obviously asked who was replacing us. We are still awaiting the reply despite asking, re-asking, and asking again. The reason we are still waiting is because no one is replacing it, they know, we know it, they are just over being held to account.

“Now without being too unkind to some of the others in this market: the reality is the PM enjoys a a more cordial and compliant relationship with them. The questions are more softball; she favours a more benign pitch, where the delivery can be dispatched to the boundary more readily with no obvious chance of an appeal.”

He was not, he insisted, upset about the decision.

“To be honest, I’m pleased. The management here not quite as much, They argue accountability is important. And they’re right. but what I argue: the PM is a lightweight at answering tough questions,” he said. “It speaks to a lack of backbone that she would want to bail and run. It also speaks to an increasingly apparent trait: they don’t handle pressure well. I lose no sleep, I’m just a bit disappointed she isn’t a more robust operator.”

Despite the now traditional exchange of customised Christmas gifts, Hosking and Ardern exchanges tend mostly to be heated and combative.